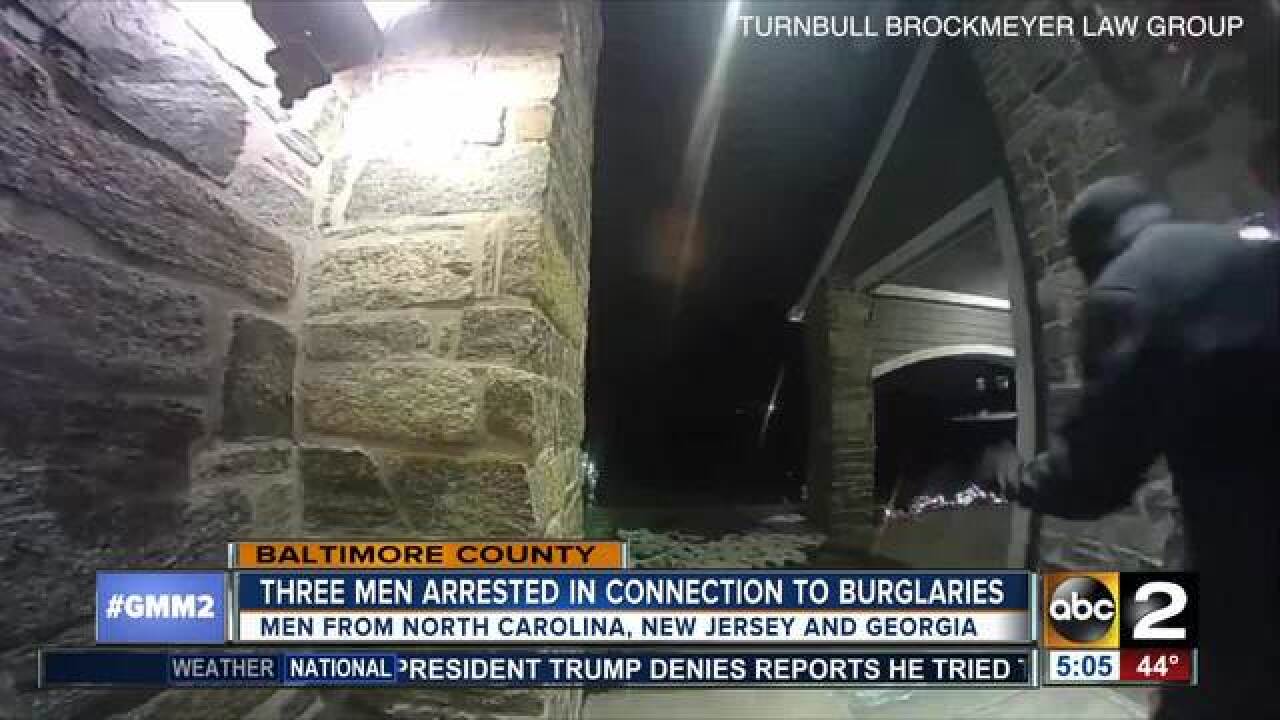 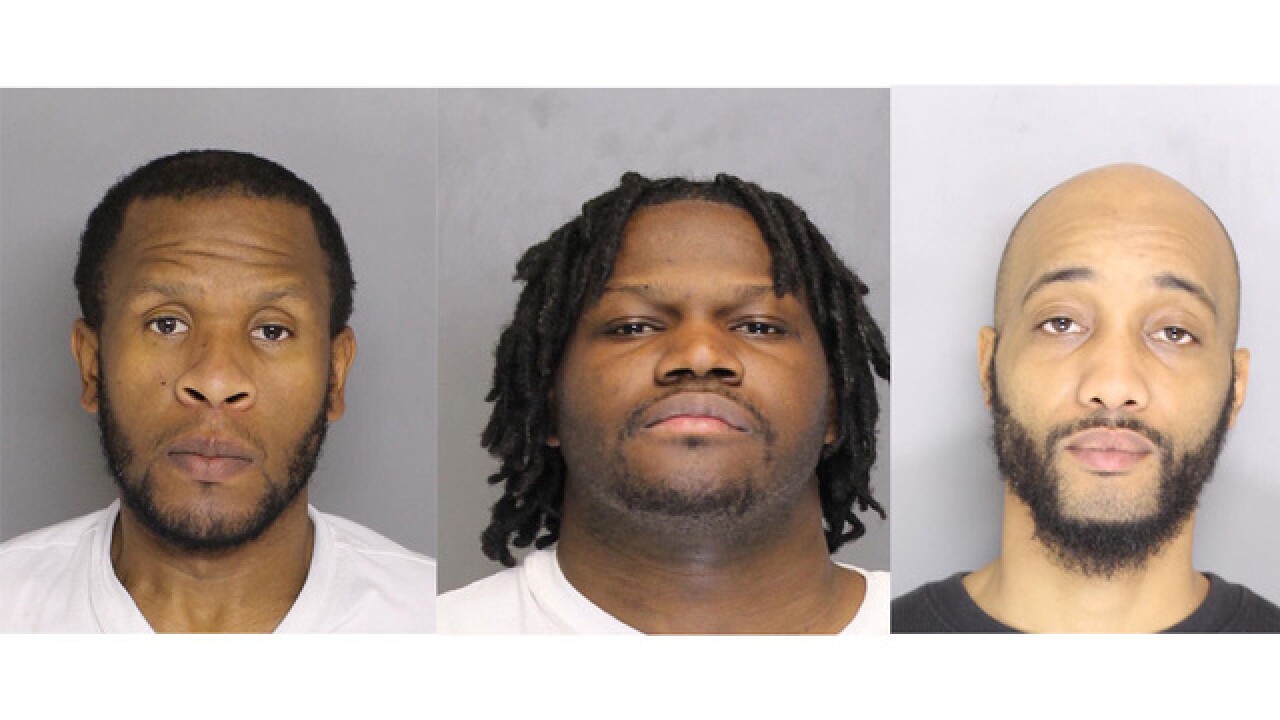 "They had intentions of meeting back up at some point to determine what they stole from these burglaries, and I guess, how they could convert that," police spokesman Cpl. Shawn Vinson said.

The question investigators NOW want to know, were the 3 acting alone? Or is this rash of break-ins part of a bigger group? Regardless, @BACOPoliceFire wants residents to rest assured....they feel like they’ve got the guys responsible

Police say officers began to notice a trend in home burglaries in October in the Pikesville, Towson, Cockeysville and Franklin precinct areas. The burglaries would typically happen between 5:30 p.m. – 8 p.m. when robbers forced their way into a home, both ransacking it and stealing valuables. Detectives believed it was usually one to three suspects involved each time.

"They did force their way into a house; spent about ten minutes inside of the house, ransacking the house and taking valuables out of it," Vinson said.

On Friday evening around 6:30 p.m., officers received a burglary call in the 14100 block of Blenheim Rd in the Cockesyville area when they noticed a possible suspect in a green Ford Explorer with North Carolina tags. Numerous police units, including aviation, followed the suspect until he stopped the car and attempted to run from officers. Police were able to catch and stop him. Evidence was found relating him to several burglaries. He has been identified as 33-year-old Demar Anthony Brown of Winston Salem, North Carolina. Police charged him with 20 counts of first degree burglary; he is being held at the Baltimore County Department of Corrections on denied bail status.

During this pursuit, officers were alerted to another burglary that had occurred in the unit block of Blenmont Court. Offices searched the area and found two suspects hiding in a nearby wooded area and were able to take them into custody. They have been identified as 32-year-old Kamar Oliver Beckles of Teaneck, New Jersey and 33-year-old Jashon Clarance Fields of Atlanta, Georgia. They have also been charged with 20 counts of first degree burglary and are being held at the Corrections Department on denied bail status.

The men were stating in a Baltimore County motel for months.

“Our patrol, investigative, and support units did incredible work in identifying and apprehending these individuals responsible for the burglaries. We aim to preserve public safety in Baltimore County and to assist those who have been victimized.”

Baltimore County police held a community meeting on January 23 to listen to neighbors' concerns and ease people’s minds. It was standing room only in a room that holds 450 people.