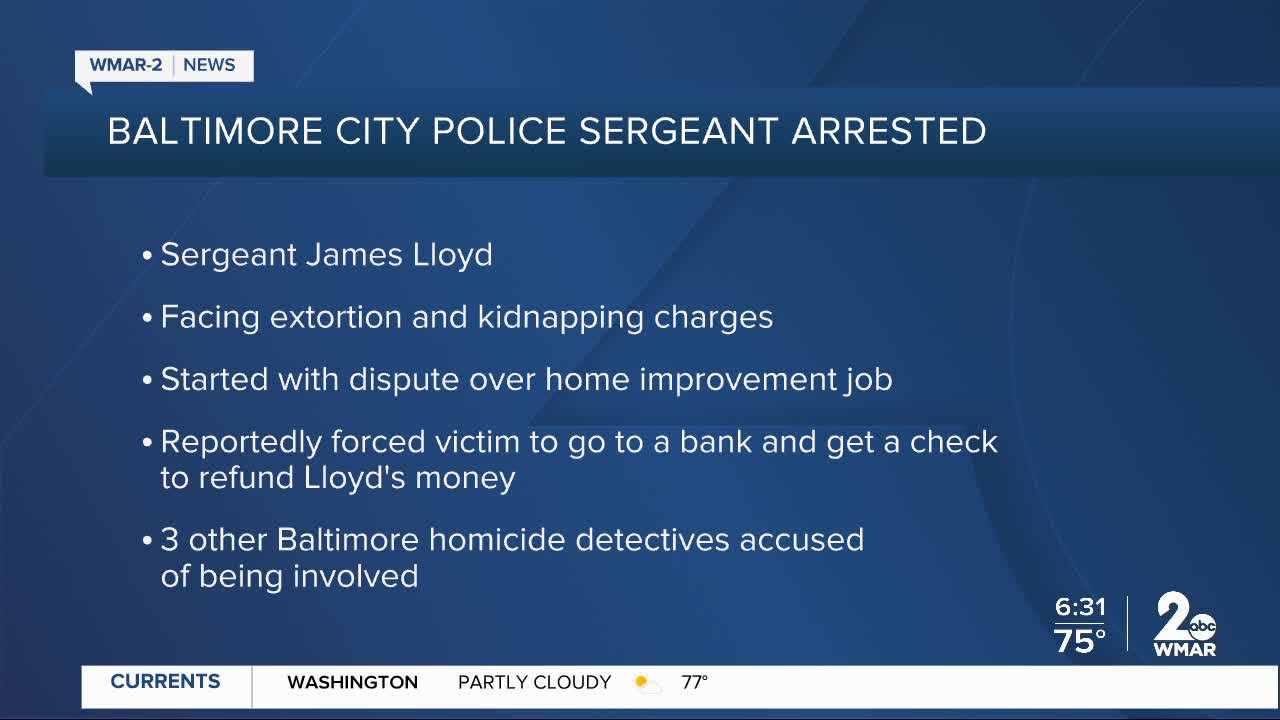 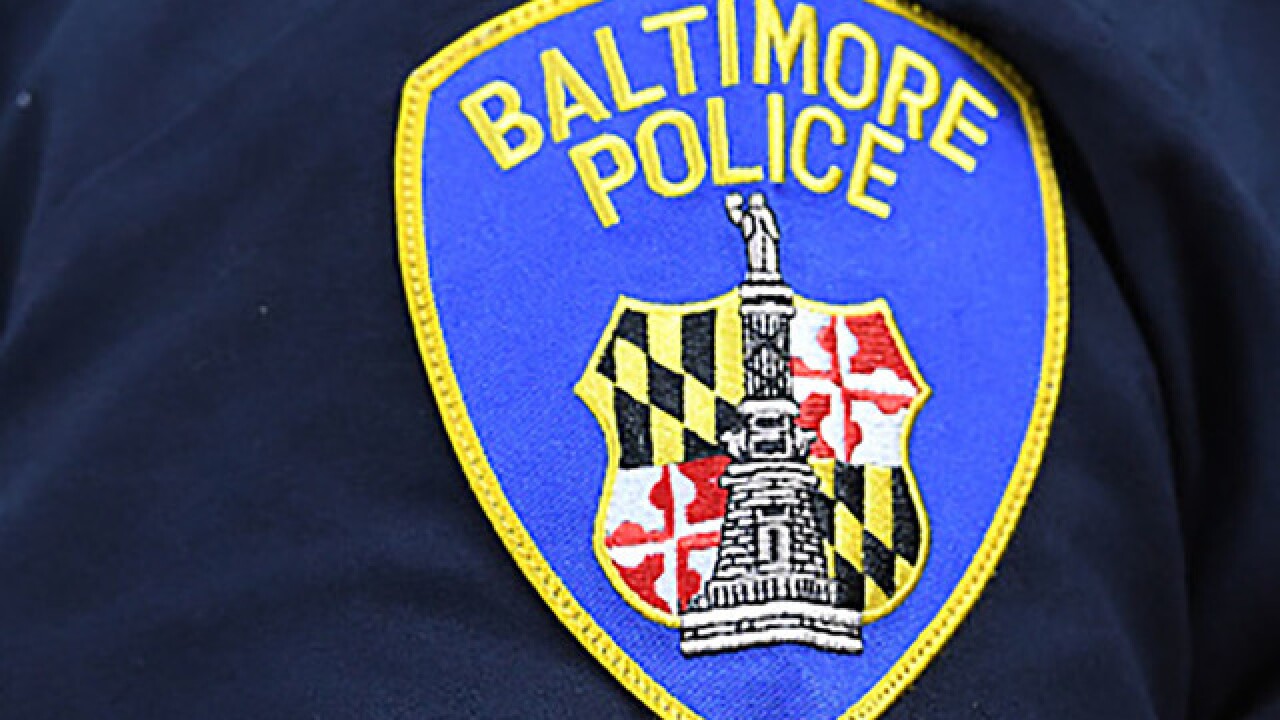 BALTIMORE — A Baltimore City Police Sergeant has been arrested on extortion and kidnapping charges, according to Baltimore County Police.

County Police say they received information about a dispute involving a home improvement job involving 45-year-old James Lloyd, who hired the victim to complete a project at his home.

Officials say when Lloyd became unsatisfied with the work, he approached the victim and demanded a refund.

During the argument, Lloyd identified himself as a police officer. At one point, he made the victim get into his car with him and proceeded to drive to a bank to get a certified check for an agreed amount of refund.

The victim told detectives he was in fear of being arrested and complied with Lloyd's demands.

“This evening, I was made aware of the arrest of a Police Sergeant assigned to our homicide unit, in Baltimore County. I have ordered the suspension of the Sergeant without pay. In addition, I am aware that there are three other BPD homicide detectives, who are allegedly involved in this incident. These three detectives have had their police powers suspended and are assigned to administrative duties, pending an internal investigation. The Department has opened an internal investigation into their potential misconduct. Any questions related to the criminal aspects of the case should be directed to the Baltimore County Police Department.”

“I am utterly sickened and appalled by the allegations against members of the Baltimore Police Department. I have spoken with Commissioner Harrison and I am fully supportive of the actions he’s taken to address those involved. Any allegations of illegal acts committed by a member of the department will be prosecuted to the fullest extent of the law. We have a police force full of men and women who take serious their oath to protect and serve. We will not stand for any members who violate this sacred promise or the public's trust.” - Jack Young

“The alleged behavior outlined in this incident is exactly what erodes trust in the Baltimore Police Department, and highlights exactly why we must be fully committed to systemic reform. The type of abuse of power reported also undermines our police department's ability to solve homicides in a city that continues to be plagued with violence. I’m thankful to Baltimore County for their response and to the Commissioner for taking swift action. I look forward to the results of the criminal and internal investigations so that all involved can be held fully accountable.” - Brandon Scott