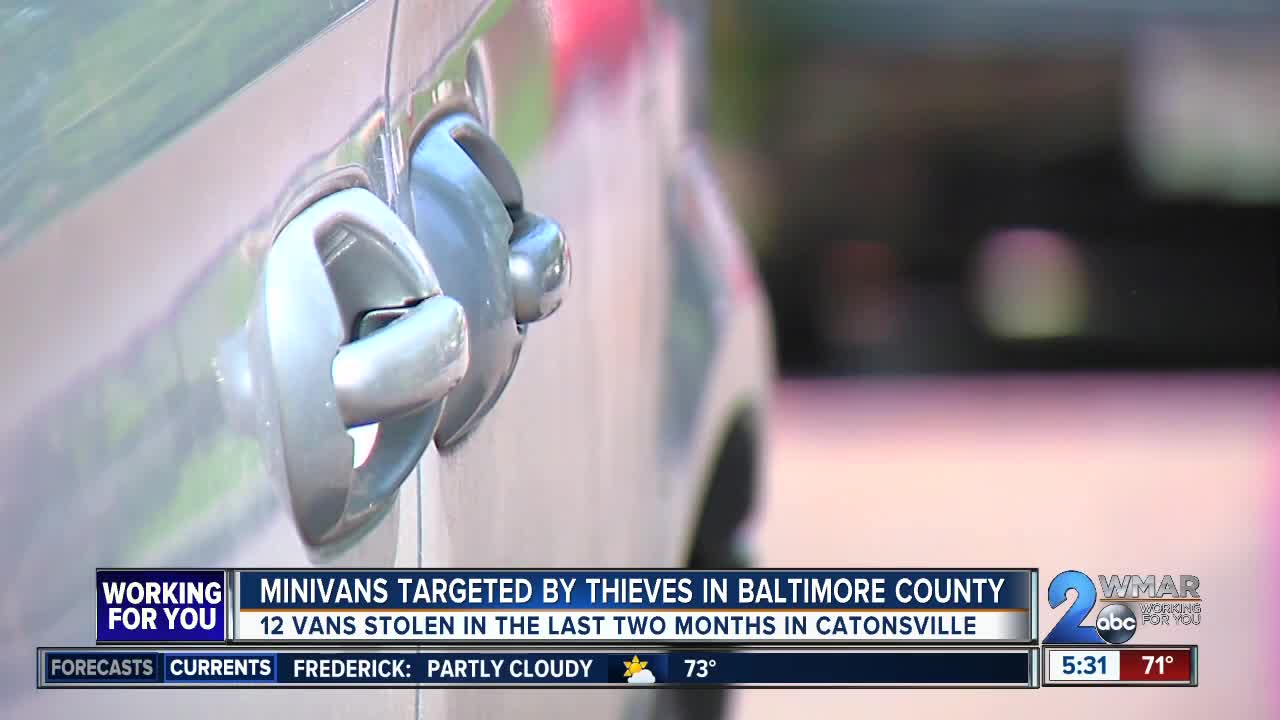 Thieves are targeting Dodge minivans in Baltimore County. In the last two months, 12 minivans have either been stolen or broken into around the southwestern part of the county. 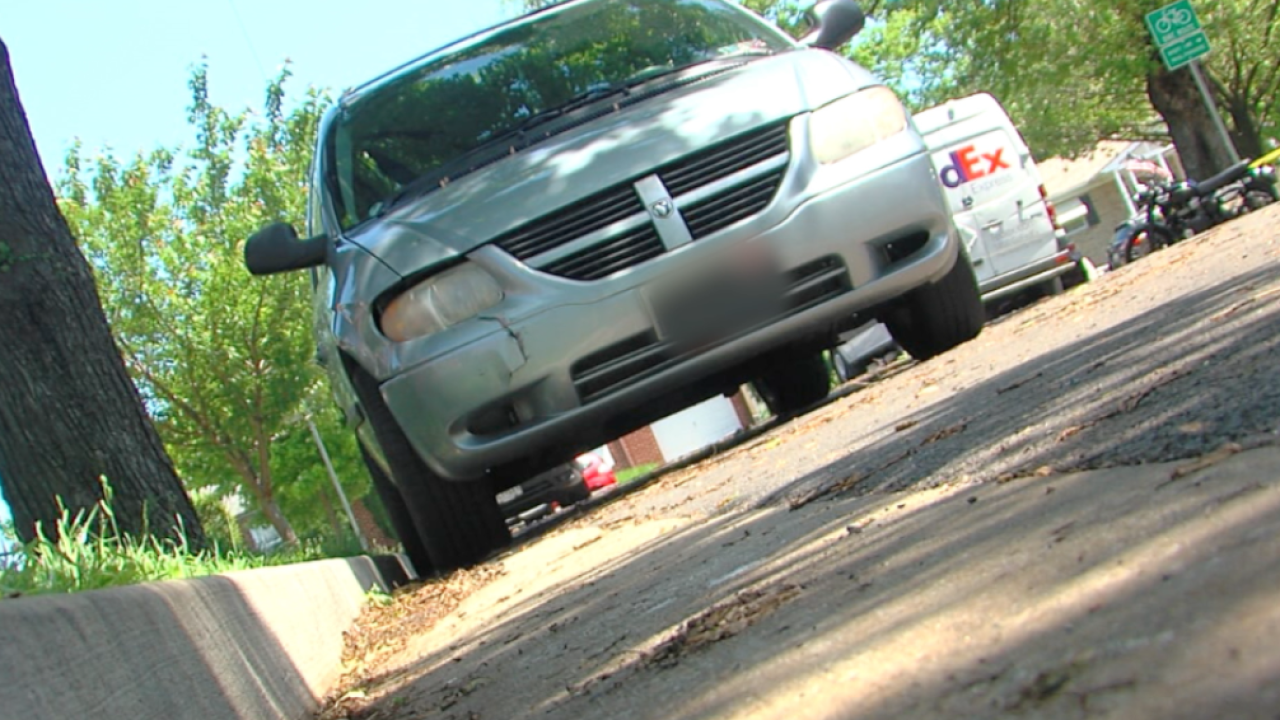 CATONSVILLE, Md. — Carmen Brown hadn't even had her car for six months before she found herself a victim to thieves.

"I came out to get in and my music was blasting and I couldn't figure out why so I leaned over to put the key in there and there was nowhere to put a key," she said.

Baltimore County Police haven't cracked down on who got into her van, but Carmen and 11 others are the latest targets in the southwestern part of the county.

A dozen Dodge minivan, all between model years in the late 90's and early 2000's, were targeted and either stolen or broken into, the first theft happening in the middle of March.

"12 can be alarming , absolutely. When it's your property, it's definitely alarming. We want the public to know that we understand that. We are actively trying to investigate that, but we need help also," Cpl. Shawn Vinson, a spokesman with the police department, said.

The department said this string of thefts and attempted break-ins is a trend at this point – one that's slowed down in recent weeks, but still remains a concern for officers who are tight-lipped on what these bandits are looking for.

"We believe they are being targeted for a reason that we don't want to disclose at this point, but these aren't newer vehicle. They are focusing on these vehicles for a purpose," Vinson said.

For what, Carmen says she doesn't know either, but after a $500 repair bill and a missed appointment at work, she's frustrated.

"Why this little old van," she asked rhetorically. "I said maybe they like the rims. I just figured that it was some little kids trying to have fun stealing vans and joyriding – that's it," Carmen said.

Police say they've recovered four out of the six vans that were stolen in the county. They're trying to track down where the other two are.