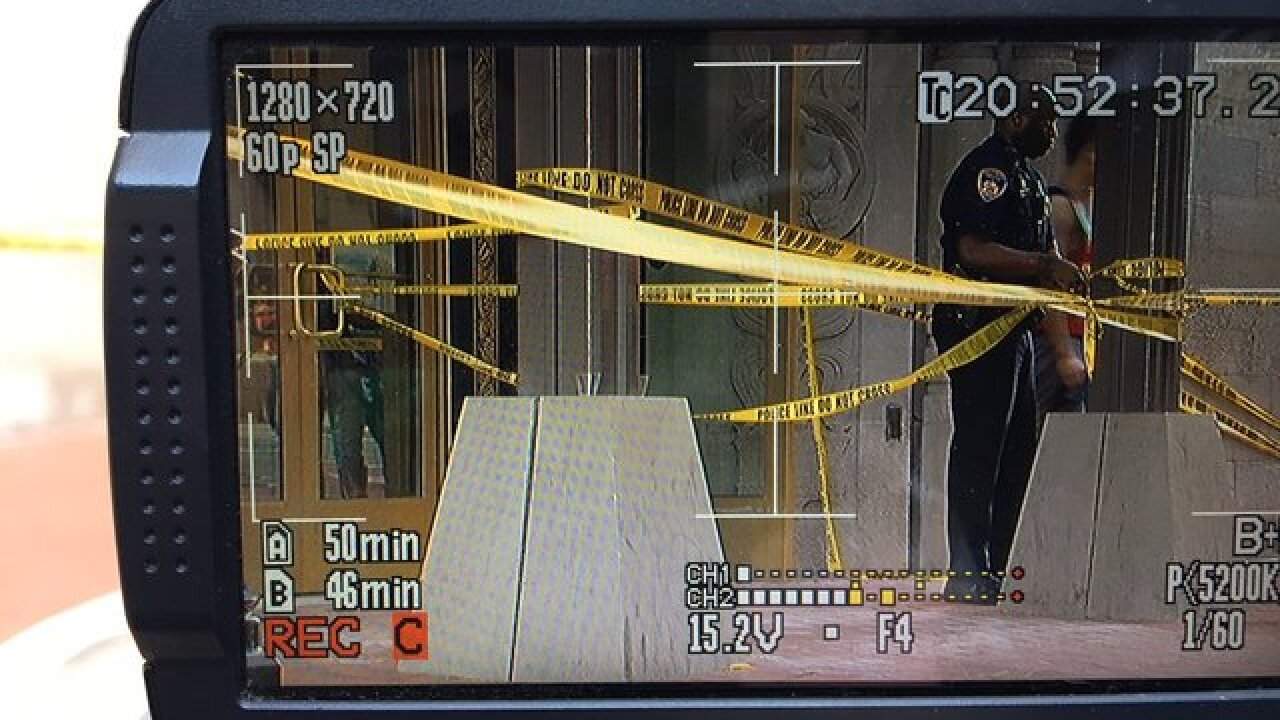 Copyright 2018 Scripps Media, Inc. All rights reserved. This material may not be published, broadcast, rewritten, or redistributed.
<p>Shooting investigation underway outside the Hopkins Plaza MTA subway entrance.</p><p>Photo by Erick Ferris</p> 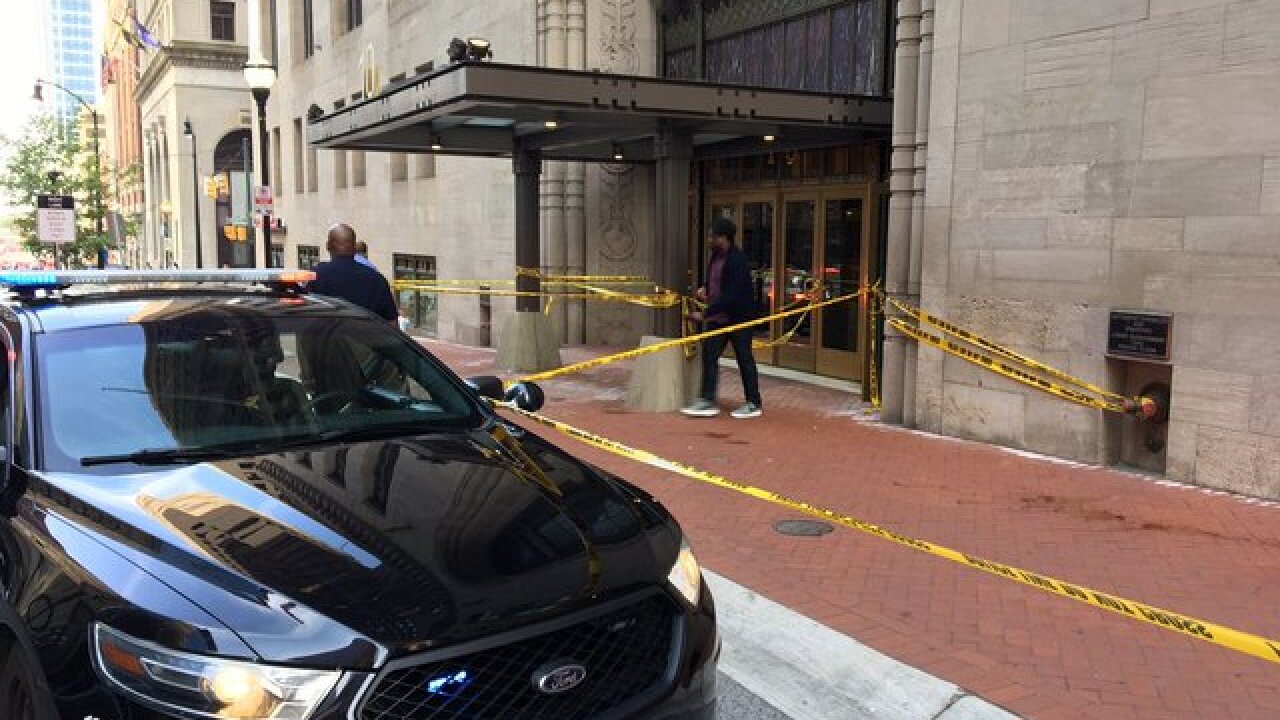 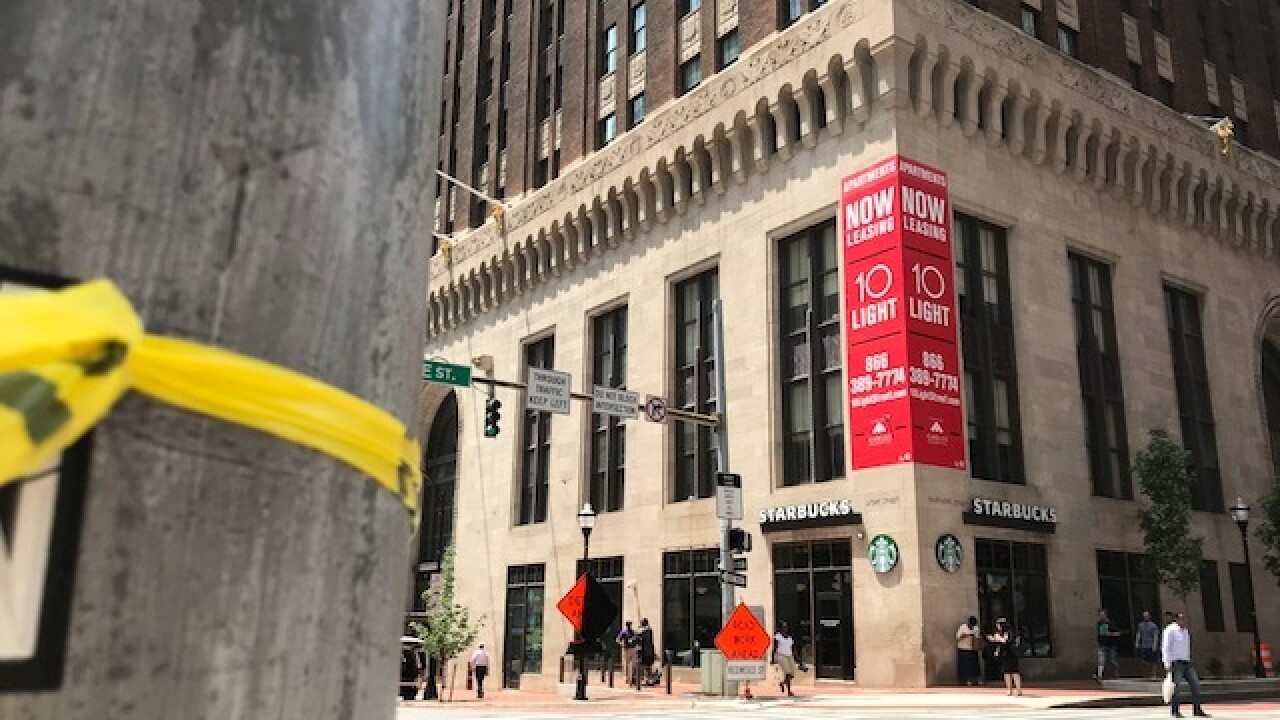 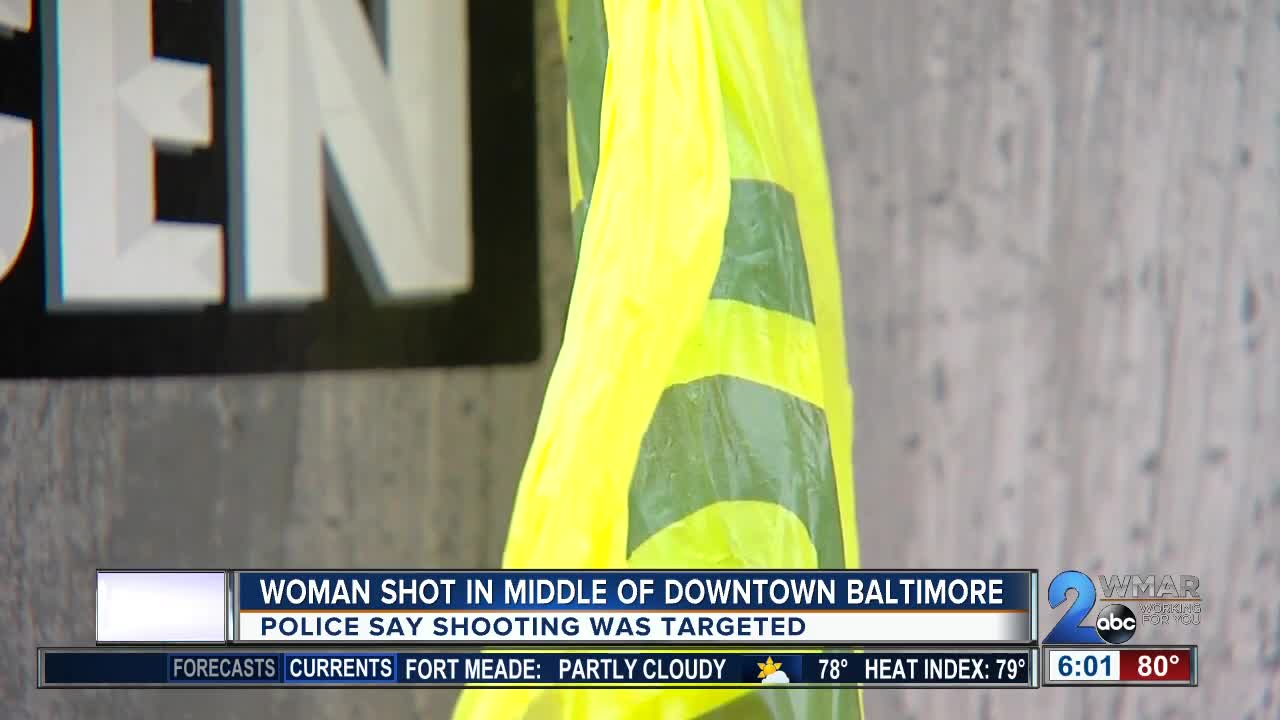 Commuters with morning coffee in hand had to walk around fire fighters hosing blood off a downtown sidewalk Friday morning.

Some watched as Interim Police Commissioner Gary Tuggle made the scene, ducking under the crime tape zig zagging between one of downtown's oldest landmark buildings and its newest skyscraper.

Commuter Sharon Phillips had quite the view from the 18th floor of the Wells Fargo building next door.

It was a scene that lasted for hours as people like herself came from metros and busses and parking garages arriving for work.

Police say it was just after 6 o’clock this morning when a woman was shot in the face in front of 10 Light Street.

She was transported to the hospital and is expected to survive and detectives already have some good leads and say this was not random.

"Indications are this is a domestic related incident,” said Baltimore Police Captain Jarron Jackson, “Our detectives are combing through all the evidence they can to try and find out who the suspect is and take him into custody, but because of the time of the day and location, we're asking anyone who was out there to please call our detectives with any information they may have."

And that includes video, either personal streaming or from any number of cameras throughout downtown.

Police may have plenty to comb through, especially if they already know this is was an ongoing domestic situation.

Still, targeted or not, this shooting and the theater it created on the stage of the busy intersection unnerved many.

"Absolutely,” Phillips said, “It happens but you just have to keep going. It can’t affect my mental attitude. You have to be strong to keep moving forward, but do I want the police to do something...yeah."