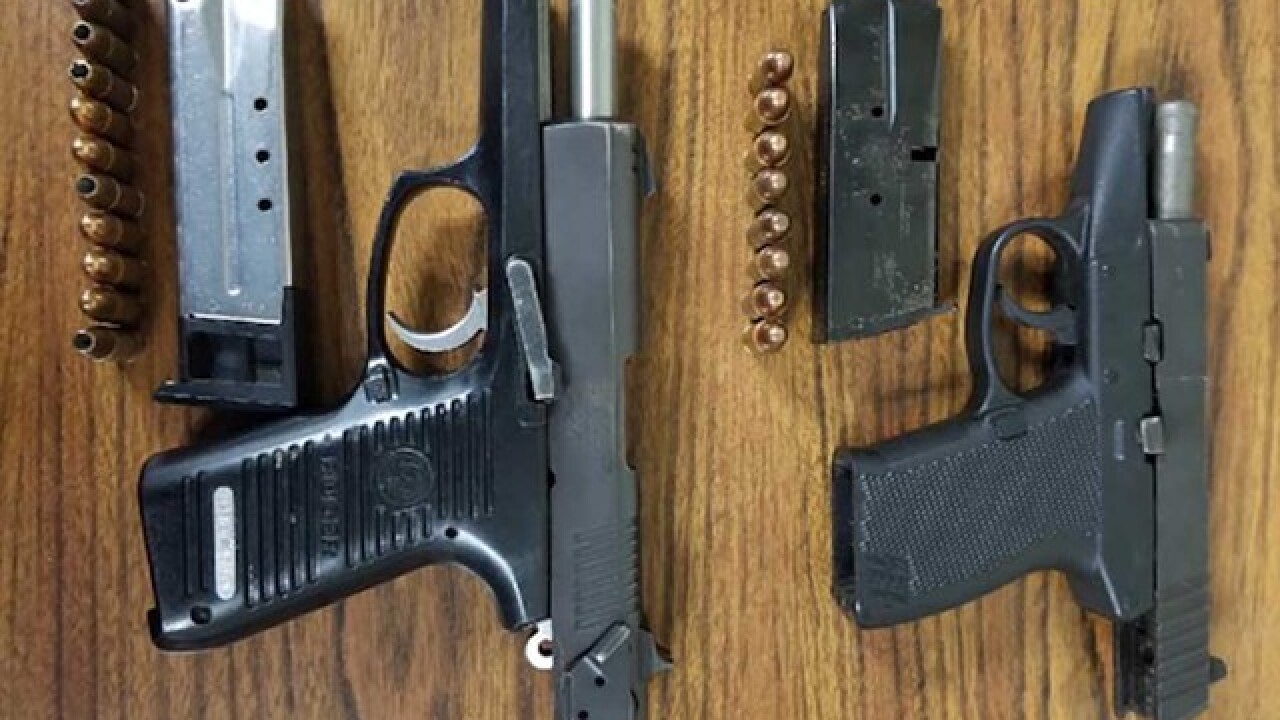 Officers working in a Tri-District Action Team arrested 39-year-old Ellsworth Wilson in the 400 block of South Pulaski Street after seizing two loaded guns in his possession.

Wilson was taken to Central Booking and Intake Facility where he was charged.