Traffic stop leads to chase, seizure of drugs and guns 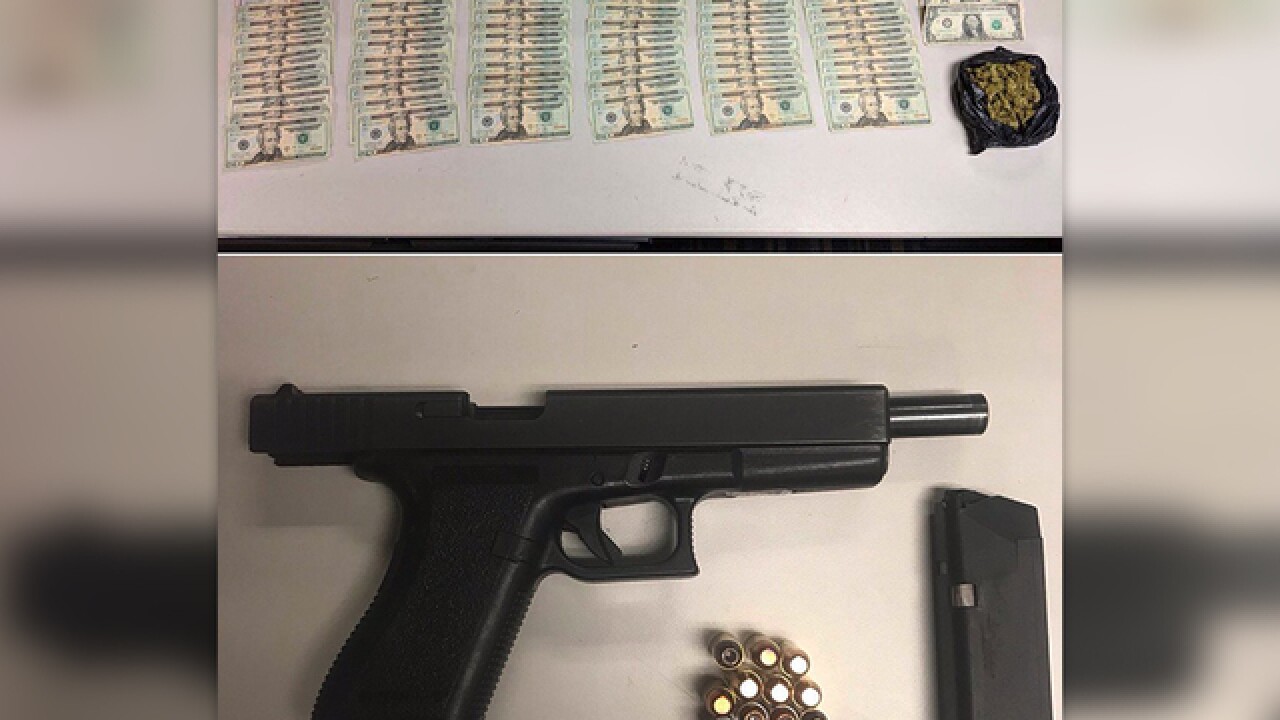 A simple traffic stop led to a strange string of events that ultimately lead to the arrest of two people in Baltimore.

Last week an officer pulled over a silver Honda Accord Crosstour in the 1200 block of Sargeant Street for numerous traffic violations. The officer got the drivers identification, but while he went back to his police car to run the information, the driver put the car into gear and sped away.

The officer announcement on his radio a description of the car and a short time later police units in the 1800 block of Russell Street, near the Horseshoe Casino, found the car. They saw the car as they were pulling up to an accident where the wanted silver Honda had collided with a jersey wall.

Even though officers found the car, the suspects were nowhere to be found. Both the driver and the passenger had run away.

Units in the area quickly found the pair and arrested them. The driver of the car, 40-year-old Gary Hall, was in possession of marijuana and $2,329 in cash. Hall's passenger, 18-year-old Jeremiah Tehohney, was found with a .40 caliber semi-automatic handgun.

Both Hall and Tehohney were placed under arrest and Tehohney was taken to an area hospital where he was treated for injuries sustained in the vehicle crash. Both were ultimately transported to Central Booking where they were charged accordingly.