Thieves stealing tires and wheels from vehicles in Baltimore neighborhoods 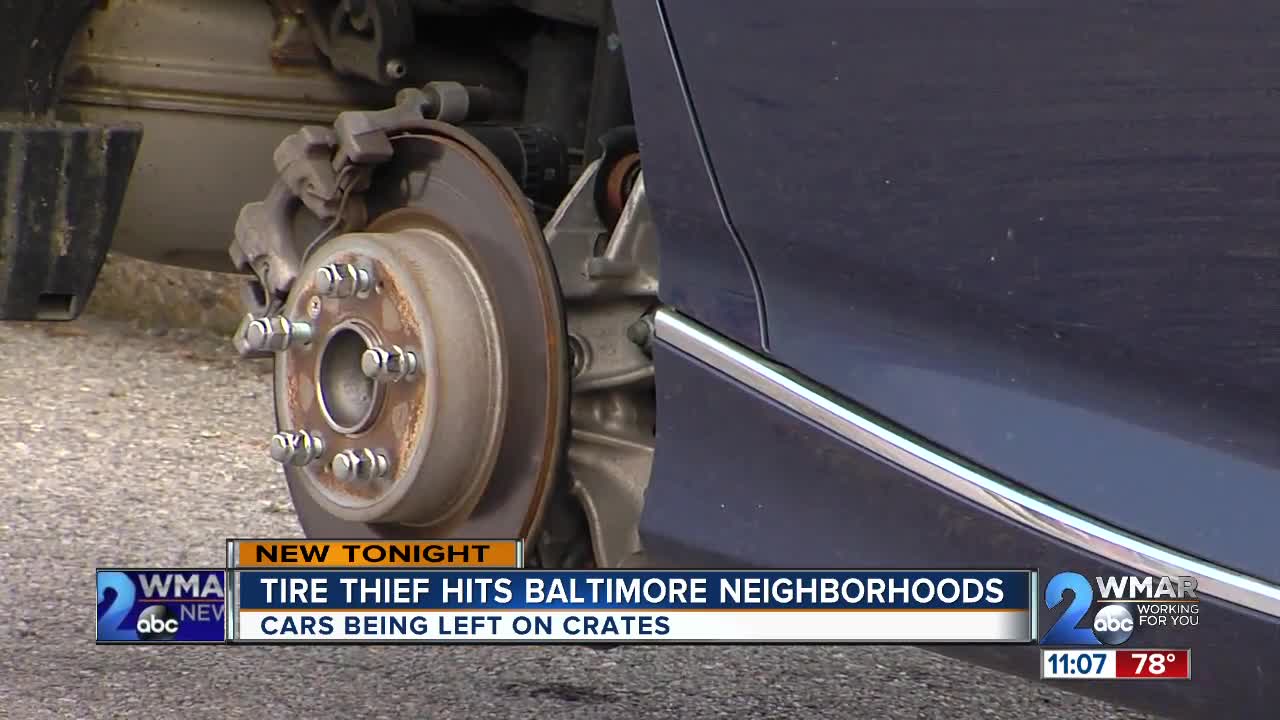 It was 6 a.m. on a Tuesday and Donald Mackey was walking the dog down Fait Avenue.

BALTIMORE — It was 6 a.m. on a Tuesday and Donald Mackey was walking the dog down Fait Avenue when he spotted his car.

“I knew I had parked there, so I just glanced over and saw there was no wheels on it,” said Mackey.

Mackey recently became a father, and that kind of surprise is not what he wanted to walk out to.

“It doesn’t help, ya know sleep is hard to come by, so it’s I guess I don’t need any extra stress adding to the process,” Mackey said.

All four tires and wheels are gone, and the car was left on top of smashed up crates.

It's a sight another person on this same block came out to the same morning-- and at least one other person a few streets up in Highlandtown dealt with the day before.

“The city has to start standing up for itself and calling out the bad activities, so the rest of the residents and the rest of the community are aware that this is a hot topic,” said resident Parth Patel. “I think that would dissuade some of this activity from continuing.”

It will be a few days before Mackey has new wheels, and he isn’t hopeful he will get his old tires back.

“They (police) pushed me to 3-1-1. They said they were sending an officer out, I called them back like two hours later after nobody had showed, and they said they closed the ticket,” Mackey said. “They said somebody came and called me a bunch of times, but I didn’t pick up, which I guess maybe they called but I don’t have anything on my phone.”

Mackey said he has talked to the other people who had their tires stolen, and they believe they are connected.

“There’s multiple all on these little plastic soda crates,” Mackey said. “I think if they were cinder blocks it may not be as common of a calling card.”

Police and insurance agencies suggest getting tire locks on each tire, but in at least one of these incidents the car owner said that didn’t stop the tire thieves.