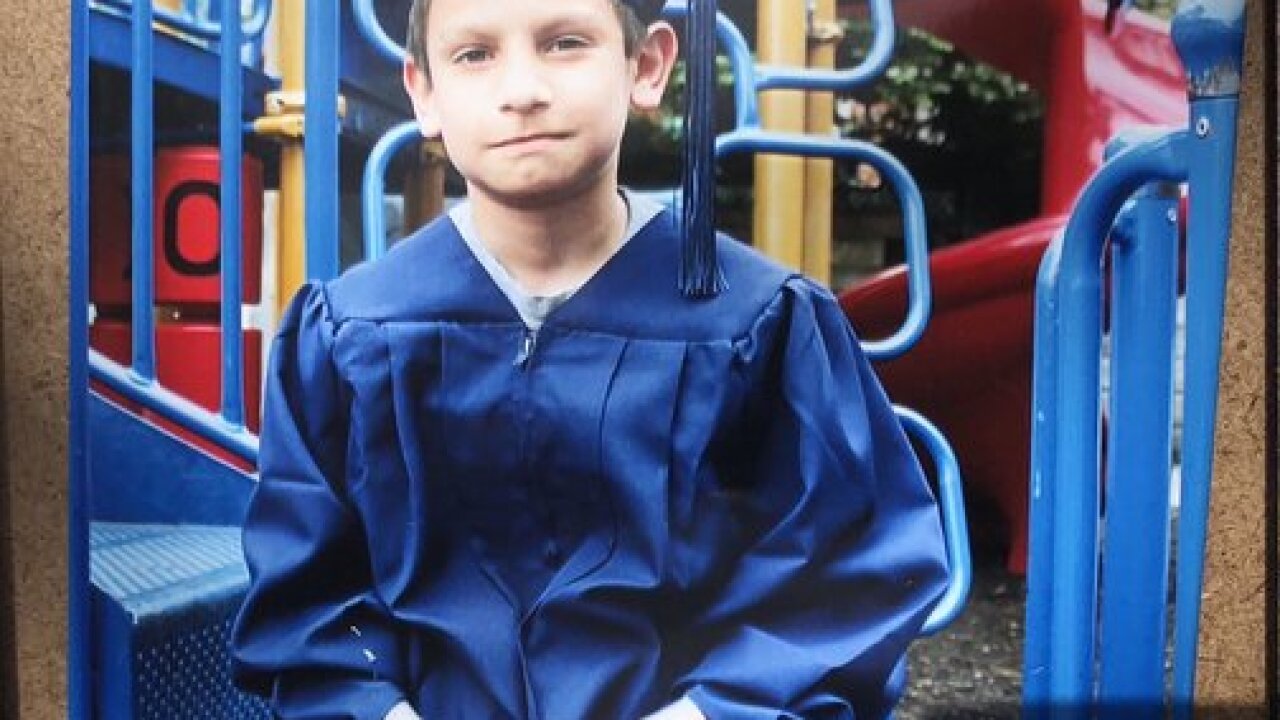 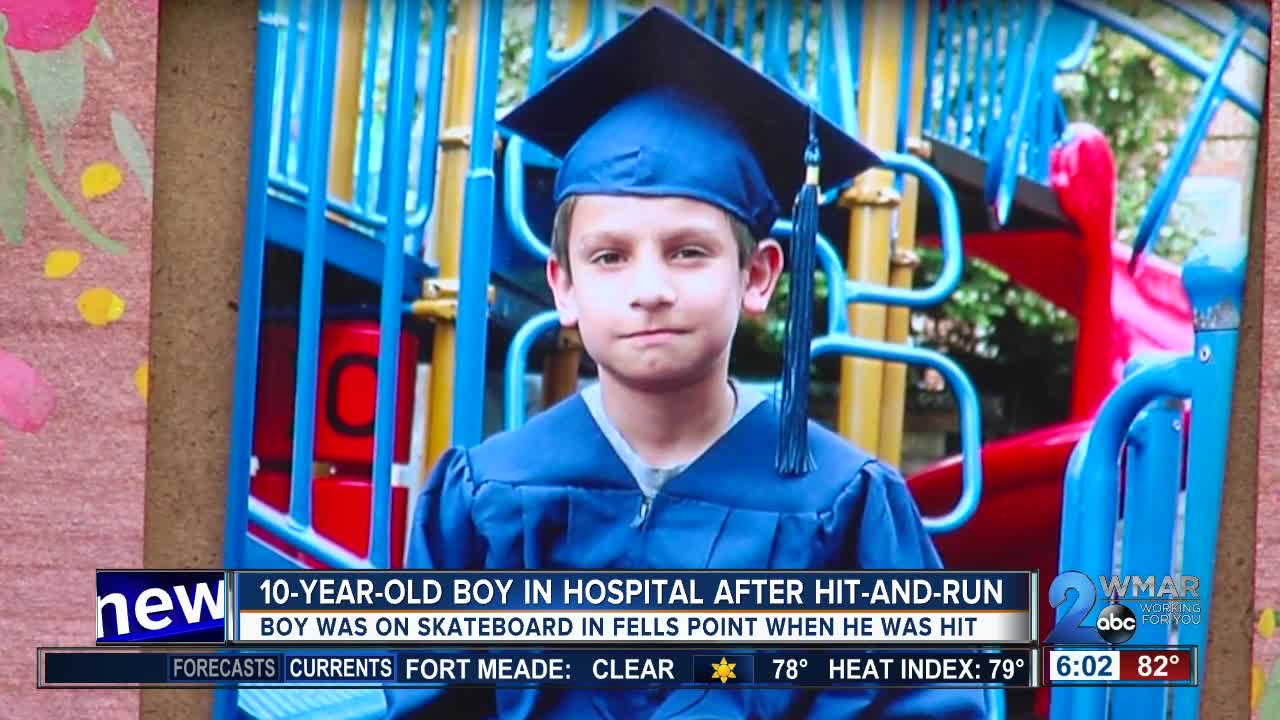 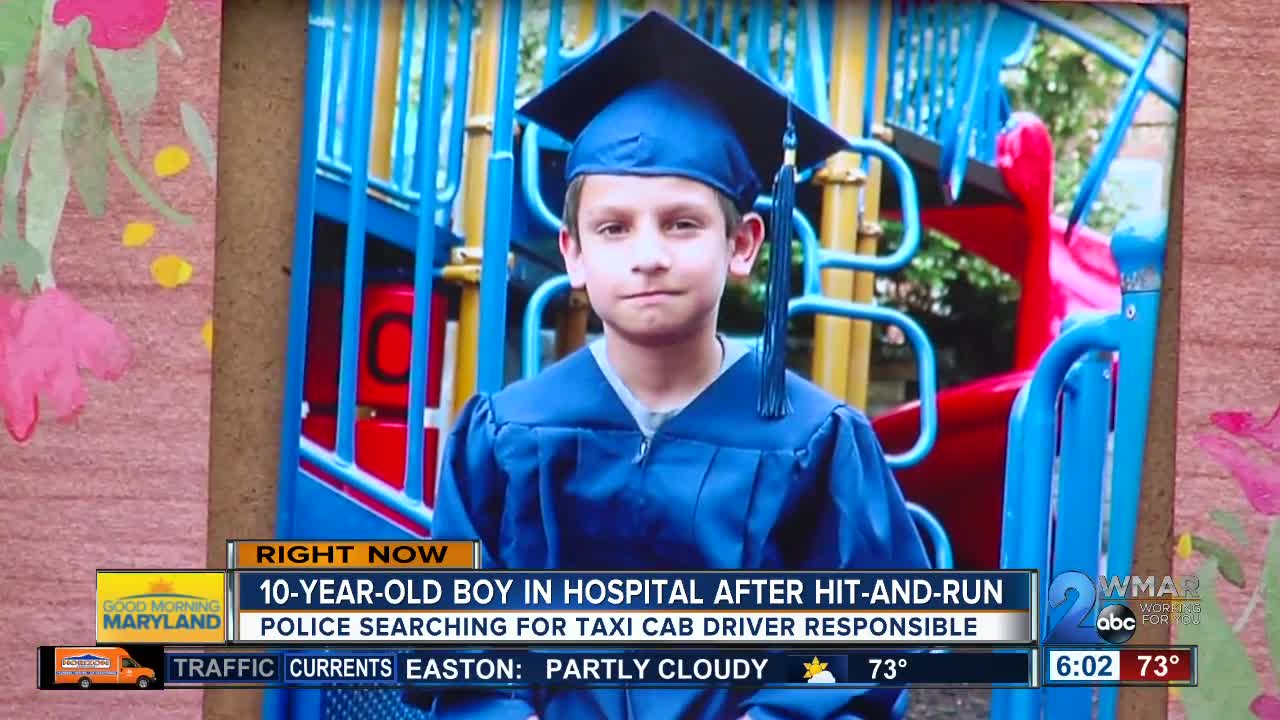 He was excited to walk across the stage for his 5th grade graduation, now he’s in a hospital bed.

Baltimore Police are looking for a taxi driver who was driving a yellow van when it hit a ten-year-old boy Tuesday in Upper Fells Point.

A stunned Patricia Bell could only sit on her front stoop, recounting the moments of yesterday afternoon – emotional at what happened to her little boy.

“He was on a skateboard going down the alley and then that’s when it happened,” Bell said, clapping her hands together gesturing a crash. “They got him. The cab got him.”

Her youngest son, Christopher Bautista, was hit and lied in the road bloodied and bruised.

“I almost fell down running after him. Then, it didn’t even take a minute or two that the cab just ran him over,” Bell said.

She and Christopher were getting ready for their daily trip to Patterson Park.

Christopher, excited to be on his old skateboard from the family’s basement, hopped on and took off – too fast for Patricia, who’s seven months pregnant.

Bell kept the skateboard in the foyer – the bent wheels, grim proof of what happened. She said he was riding his skateboard down Chapel Street, when the van unexpectedly hit him along Bank Street.

Witnesses told police a ‘yellow-checkered cab’ took off, speeding down the road.

Police aren’t sure of the actual company, but Baltimore’s largest cab company, Yellow Cab – Baltimore, is working with investigators in case the cab was one of theirs.

“We’re interested in making sure we do everything we possibly can – from the moment we found out to see what really happened. Our hearts go out to that family and that child,” Navin Dass, the company’s general manager said.

“If you know of a yellow cab van with unexplained damage, please contact our investigators as soon as possible,” Chief T.J. Smith, with the Baltimore Police Department, said.

Patricia, whose mind is on finding whoever did this, could only tearfully ask for prayers as her son recovers.

“I just want him to be OK. I just want him to come home and be a normal kid again, but he’s in the bed. So he’s in great hands and the staff, the nurses, the doctors are working around the clock for him. But me being pregnant…it’s hard,” Bell said.