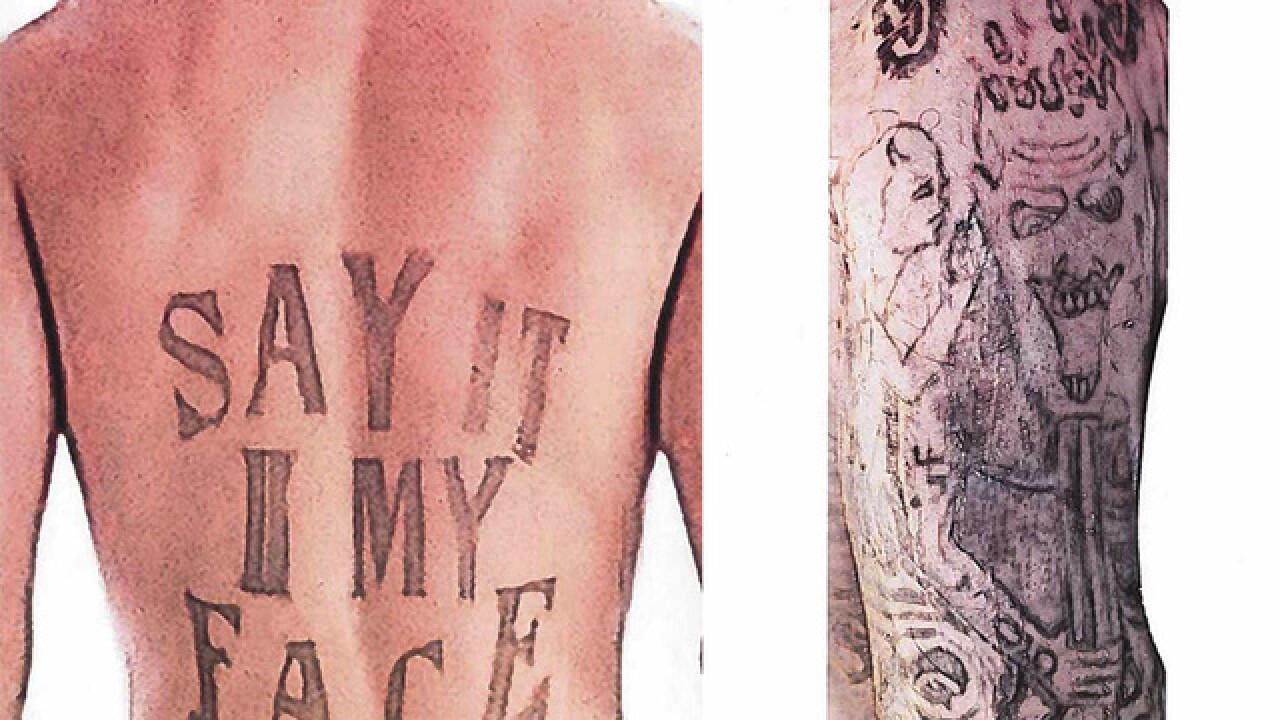 Copyright 2018 Scripps Media, Inc. All rights reserved. This material may not be published, broadcast, rewritten, or redistributed.
<p>Composite sketches of the tattoos police believe the person found had</p><p>Photos provided by Baltimore City Police</p>

Police are trying to identify human remains found in Baltimore by sending out a sketch of what the person's tattoos looked like.

On June 16 police found the remains during a call in the 1000 block of N. Payson Street. Homicide Detectives came to the scene and assumed the investigation.

The next day the death was ruled a homicide by shooting and they found the person was of African-American or Hispanic descent. A computer composite sketch of the victim's tattoos was made in hopes of finding family or friends who could identify the person.