Shooter sentenced to 55 years for killing man outside Baltimore nightclub 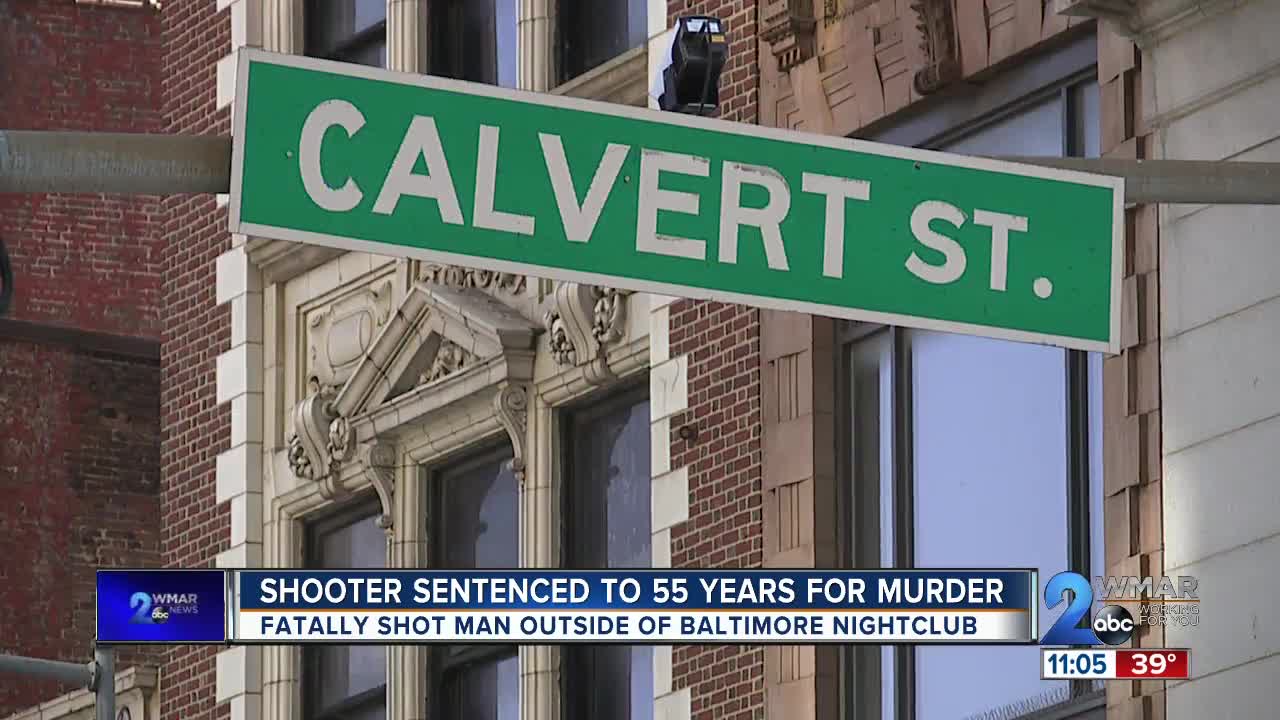 On Friday, Karaca Hyman was sentenced to 55 years in prison with five years suspended for the murder of 24-year-old Abdoulie Jallow outside of Baltimore's Club Oxygen in September 2018.

BALTIMORE — On Friday, Karaca Hyman was sentenced to 55 years in prison with five years suspended for the murder of 24-year-old Abdoulie Jallow outside of Baltimore's Club Oxygen in September 2018.

The Baltimore City State's Attorney's Office said Hyman was found guilty of second degree murder of Jallow and the use of a fire arm in September of this year.

RELATED: Suspect who killed man outside of a Baltimore night club faces 60 years in prison

at 2:15 a.m. on September 30, 2018, Baltimore Police were called to investigate a shooting at the intersection of South Calvert and Redwood Street. When officers arrived, they recovered two .32 caliber shell casings and found Jallow with multiple gunshot wounds.

Jallow was taken to Shock Trauma where he died. An autopsy ruled the cause and manner of his death as a homicide.

Investigators learned that an individual dressed in a black leather jacket with a distinctive design, black pants and a black head-scarf started multiple verbal arguments with Jallow and his friends,as they waited for their ride.

In a report from the State's Attorney's Office, the suspect told the crowd, "I'll be back, I got something for you."

A few moments later the same individual returned to the scene and shot Jallow four times in the chest and arms.

The murder was captured on CCTV footage at approximately 11:55 pm that night. After located the suspects vehicle and identifying the suspect, Hyman was arrested.

“I am truly heartbroken not only for this family, but for a community that has had to endure the pain of losing someone adored by so many. I pray this sentence aids them in their journey of grief as they begin to heal,” said State’s Attorney Marilyn Mosby. “Karaca Hyman attacked and murdered an innocent and unarmed man over a trivial dispute before fleeing the scene and he will now pay the ultimate price of his despicable actions with his own life.”