Puppy with ears cut off found tied to Baltimore tree 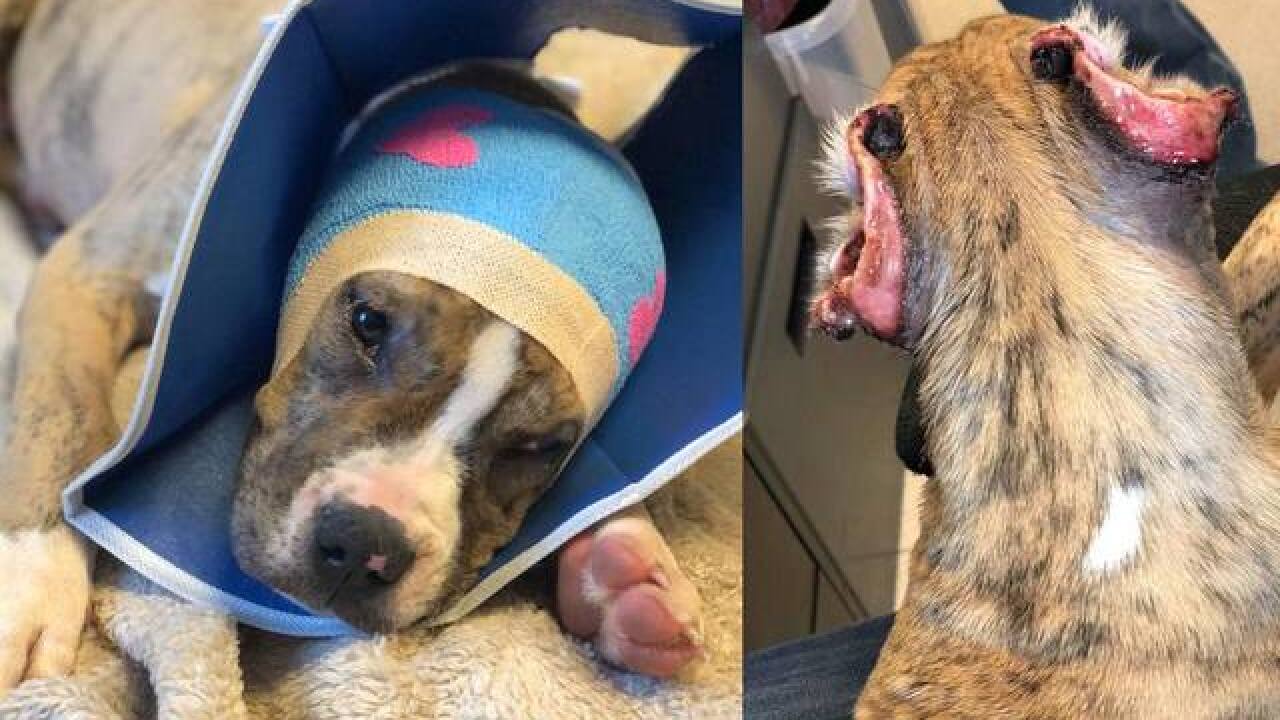 Copyright 2018 Scripps Media, Inc. All rights reserved. This material may not be published, broadcast, rewritten, or redistributed.
<p>Photo posted on Facebook by BARCS Animal Shelter</p>

In a heartbreaking Facebook post, BARCS announced they found a puppy with its ears cut off tied to a tree in Baltimore.

BARCS say they got a call saying someone had found two dogs tied to a tree on Belair Road and Anntana Avenue and several other puppies in an empty lot. When the officer arrived, they found one of the puppies was bleeding from the head and the other puppies were for sale.

The puppies were immediately taken to BARCS where they were seen by a vet. They named the injured dog Claude and determined that his ears were removed using poor instruments, like household objects, leaving him with tissue damage, pain, and infection.

Claude is only 10 weeks old and BARCS says he is trying to do normal puppy things, but cannot because of the pain. He received emergency surgery but the veterinarians had to remove untreated infected tissue, so he lost even more of his ear structure.

BARCS is now asking for money so they can continue to help Claude so he can find a loving home and recover. You can donate by clicking here, but make sure your gift is dedicated to him by including his name in the additional comments section of the donation form.