Police searching for armed carjackers that robbed man in Baltimore 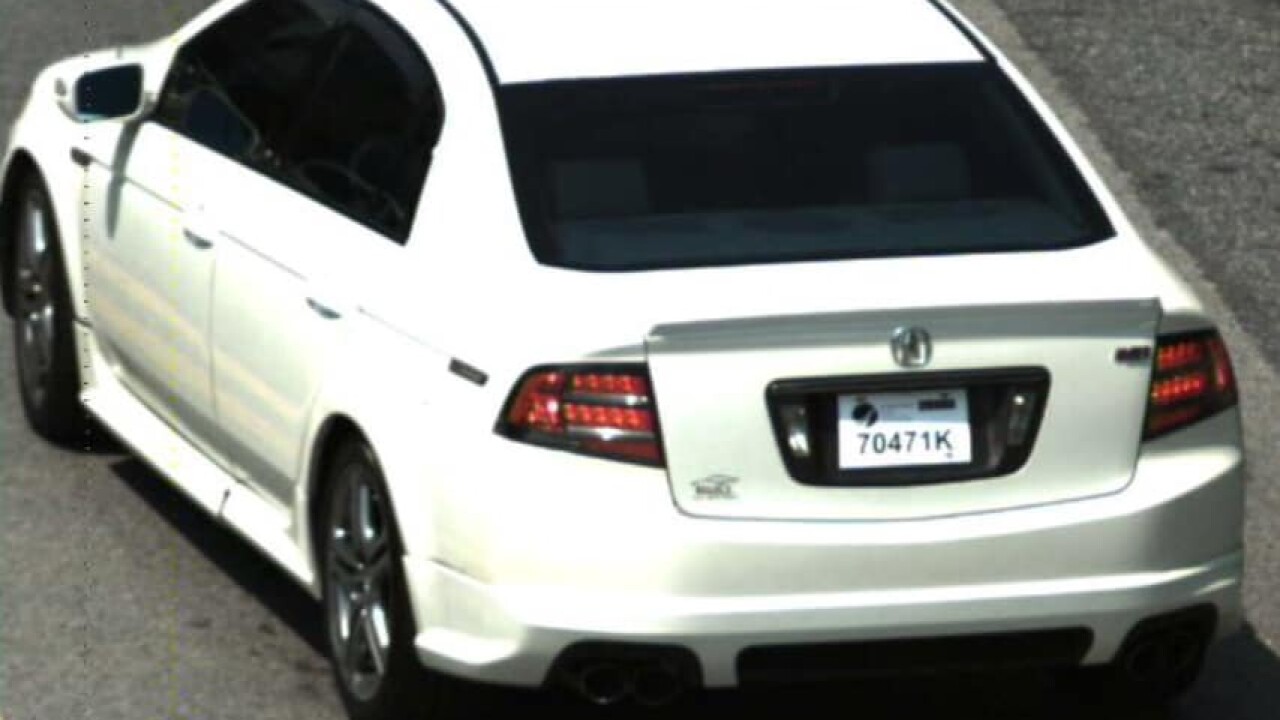 BALTIMORE — Baltimore Police are searching for two armed carjackers they say stole a white Acura in Baltimore on Sunday morning.

According to police, an armed man wearing all black with a ski mask, and a woman accomplice, stole a driver's white 2007 Acura TL in the 1800 block of Mansion House Drive.

They say the duo approached the man, announced a robbery and demanded to hand over his keys. The man suspect drove off in the victim's car and the woman suspect left the scene in a light colored vehicle.

Police are asking anyone with information regarding the armed carjacking is asked to call detectives at (410) 396-2455 or call Metro crime Stoppers at 1-866-7LOCKUP.