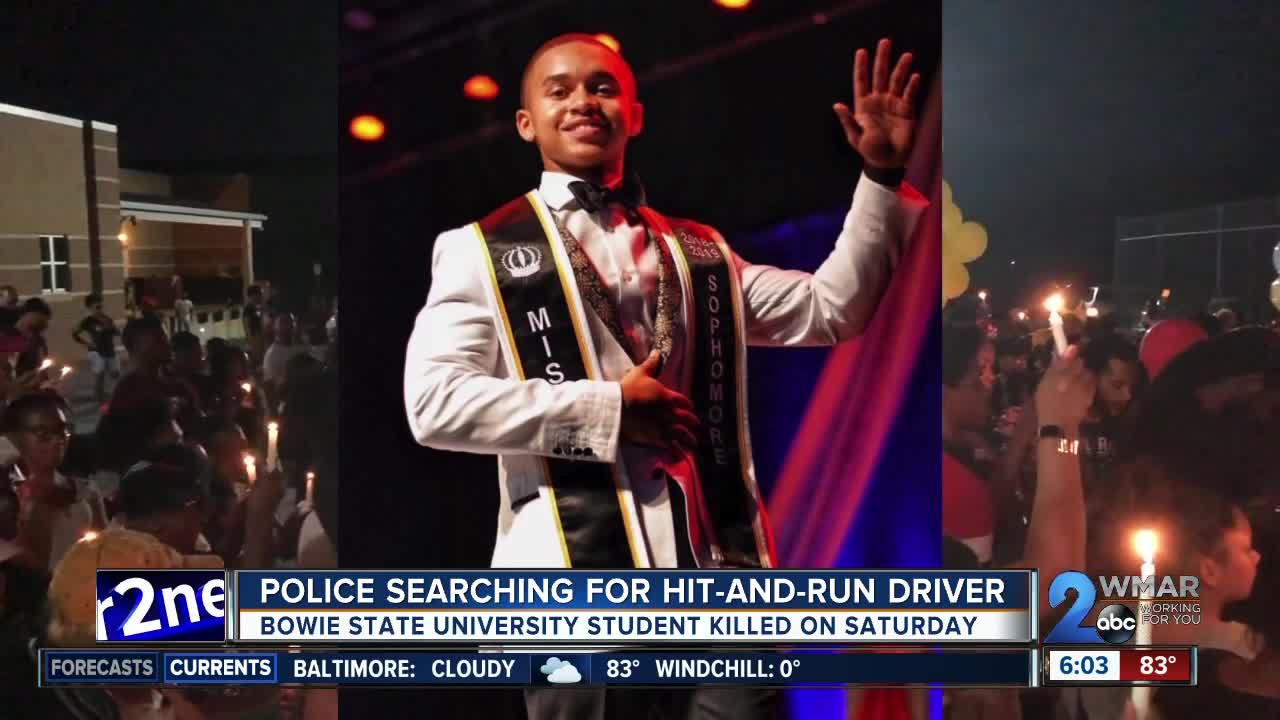 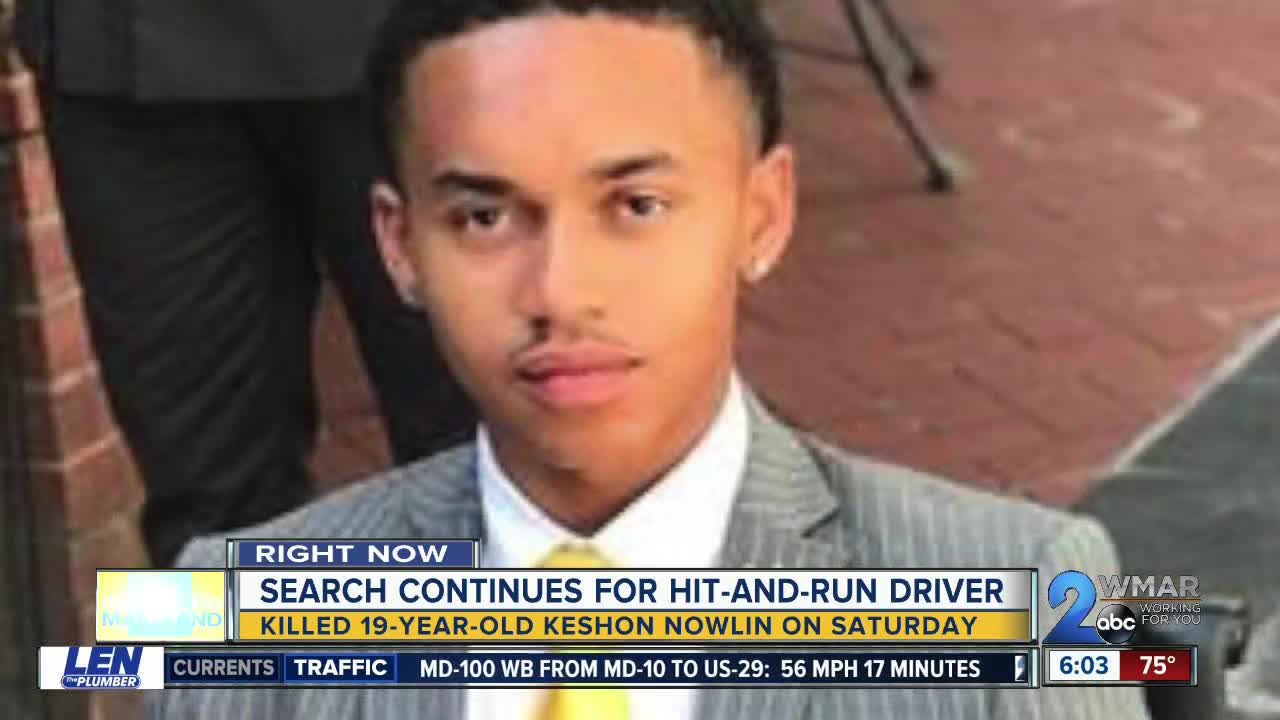 A woman was driving up Hilton Parkway late Saturday night when her sedan hit and ultimately killed the Bowie State University student while he was changing a tire.

"They did what any of us would do, they got out of the car and they began to fix the flat tire. That's when we believe a silver colored sedan was traveling northbound and that vehicle struck the four individuals who were outside of the car," Det. Jeremy Silbert, a spokesman with the Baltimore Police Department, said.

Police say three people with Keshon were also hit and are recovering in the hospital.

The four stopped their Nissan sedan in one of the active lanes and tried changing the tire before they were struck. Witnesses say the female driver initially stopped, got out, looked around, and then got back into her car and sped off before police got there.

"We believe there may be some damage to that vehicle, but again, if you have information on that vehicle or the driver or any other occupants -- certainly if there are any body shops in the area," Silbert said.

Last night, hundreds remembered Key as he was known -- the reigning Mr. Black and Gold at his school impacted those in his hometown near Owings Mills and those on campus, including the university's president.

"He was amazing -- just a positive force of energy. He was a rising junior. He would've been going into his junior year, but he was an outstanding leader. He was an amazing athlete. He was on the football team his first year," Aminta Breaux, the President of Bowie State University, said at a vigil for Keshon on Monday night.

A well-rounded shining light was dimmed in the darkness of the roadways in West Baltimore.

"Whenever someone is involved, whether if it's if you have a crash or if you have a disabled vehicle, you can always contact police, especially if one of those vehicles is in a lane, but if you are involved in a crash you should always remain at the scene," Silbert said.