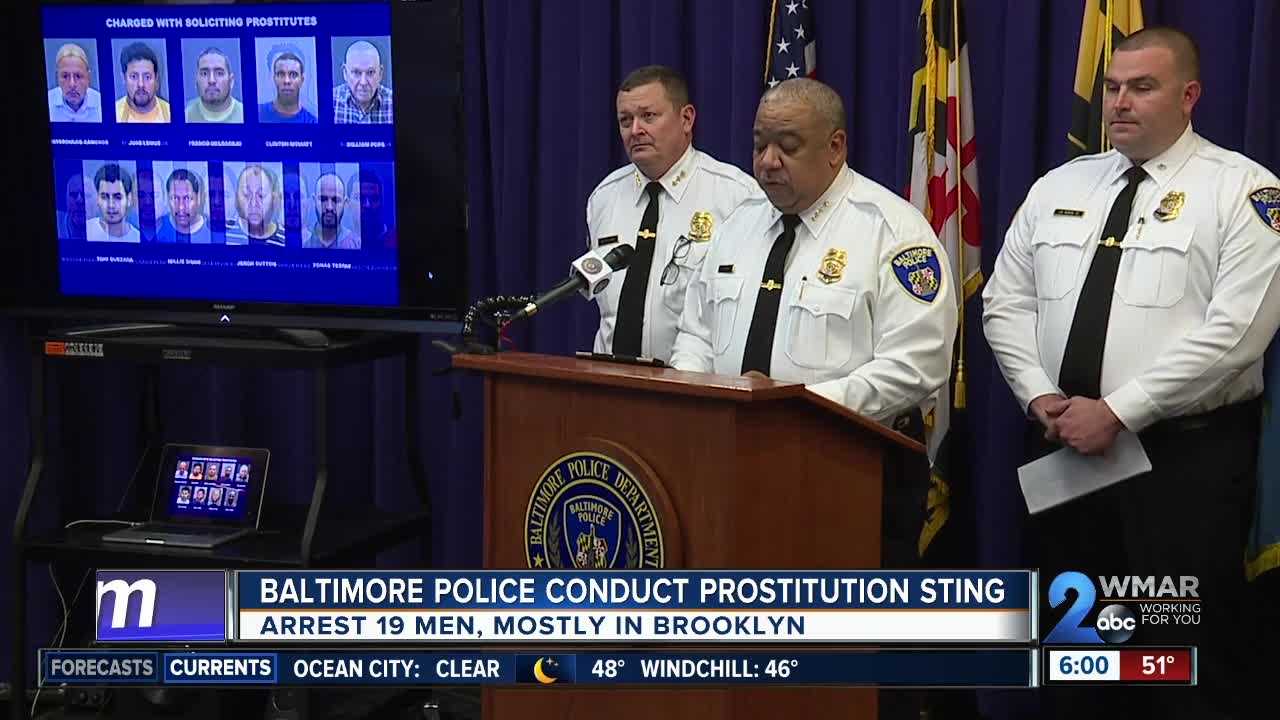 These new signs along Washburn Avenue in Brooklyn read: Sex Solicitation Prohibited; they serve as a fresh warning and mark the spot. 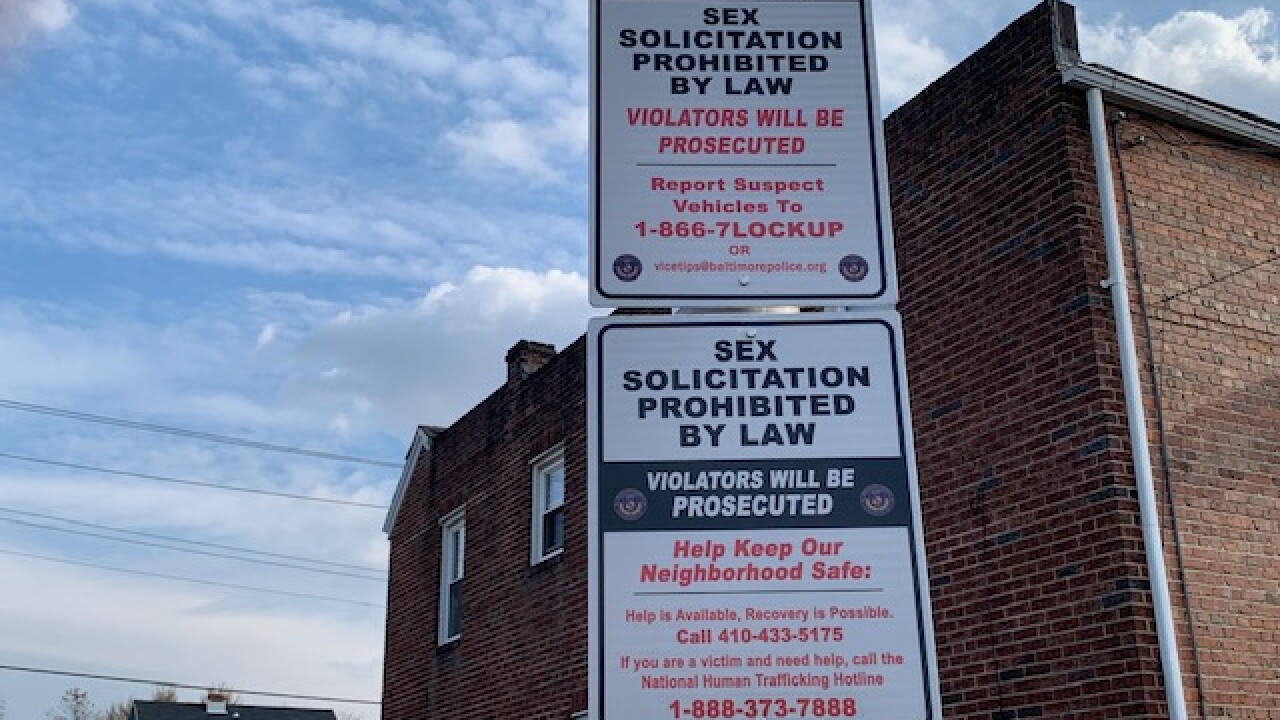 BALTIMORE — These new signs along Washburn Avenue in Brooklyn read: Sex Solicitation Prohibited; they serve as a fresh warning and mark the spot.

For two weeks, undercover officers worked these streets in South Baltimore and ended up arresting a total of 19 men for soliciting prostitution.

"This is based on complaints from our residents who live here in this city,” Commissioner Michael Harrison said. “They complain about this regularly at every meeting I go to and this is us telling you, we heard you."

The suspects range in age from 26 to 73 years old.

Commissioner Harrison saying this is more than a nuisance crime; prostitution can lead to crimes against women and drugs.

While the bulk of the arrests were made in Brooklyn, the O’Donnell Heights neighborhood in southeast and Garrison in the northwest were targeted too.

Police are hoping these operations make it a little quieter for residents of each area.

"It's the quality of life,” Harrison said. “The residents don’t want to see people in front of their homes soliciting for sex."

And police warn -- the 19 men might not be the end, other similar operation are ongoing.