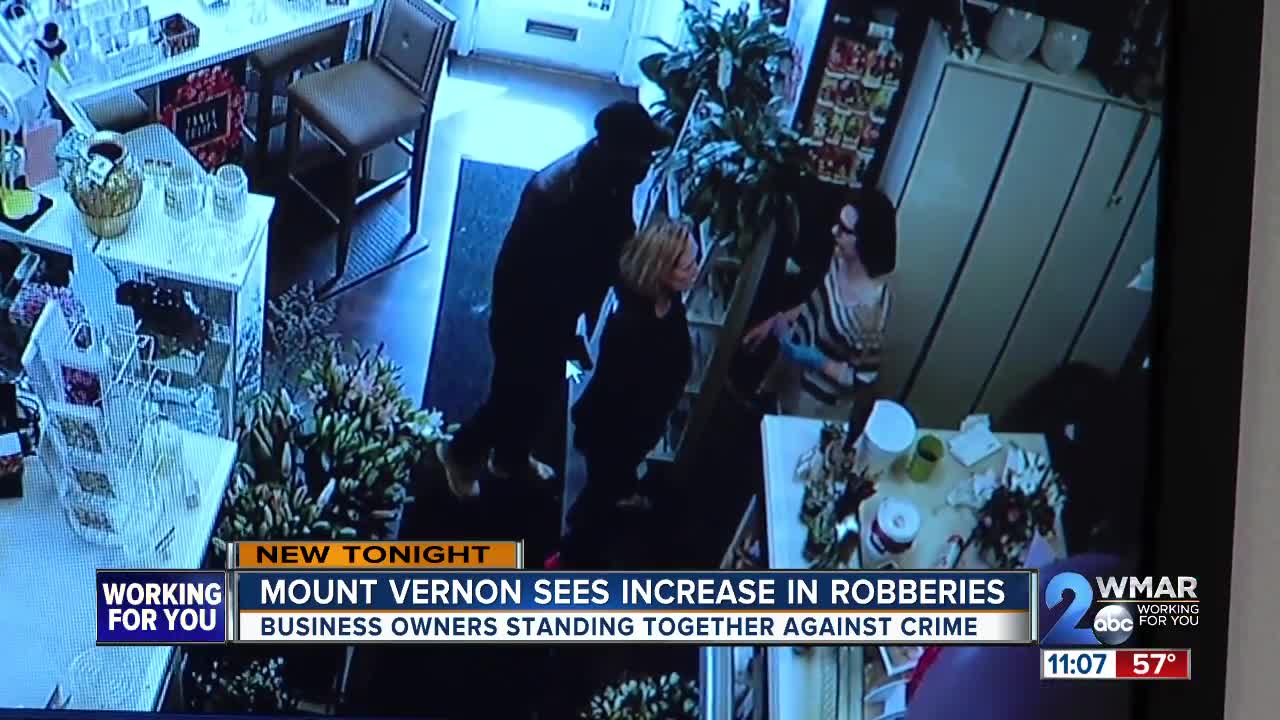 Baltimore's Mt. Vernon community has had a recent string of robberies and break-ins in the area in the last few months. 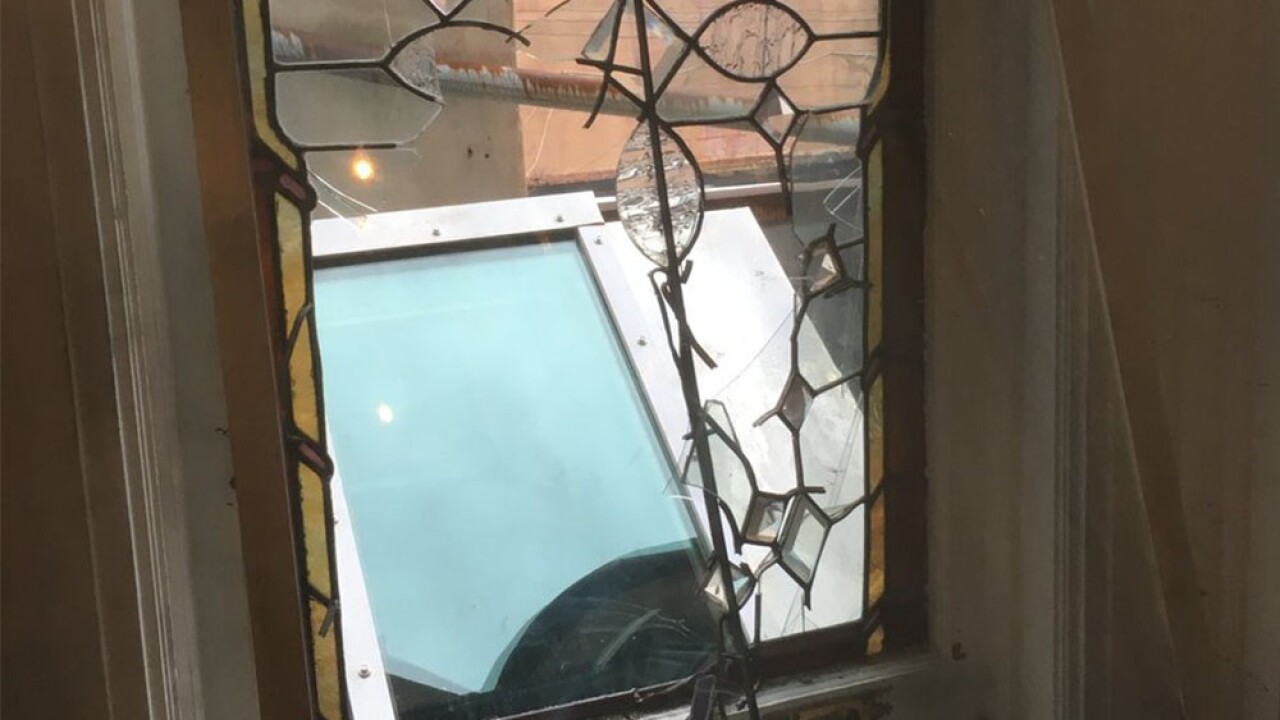 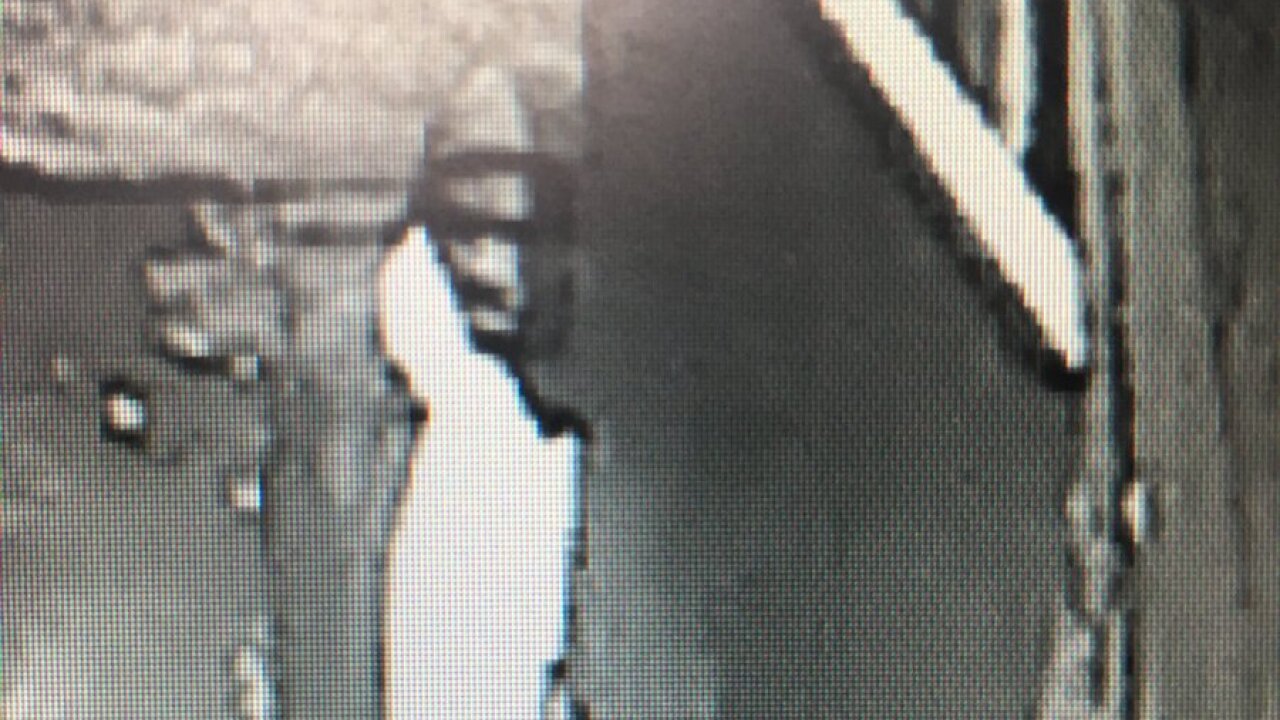 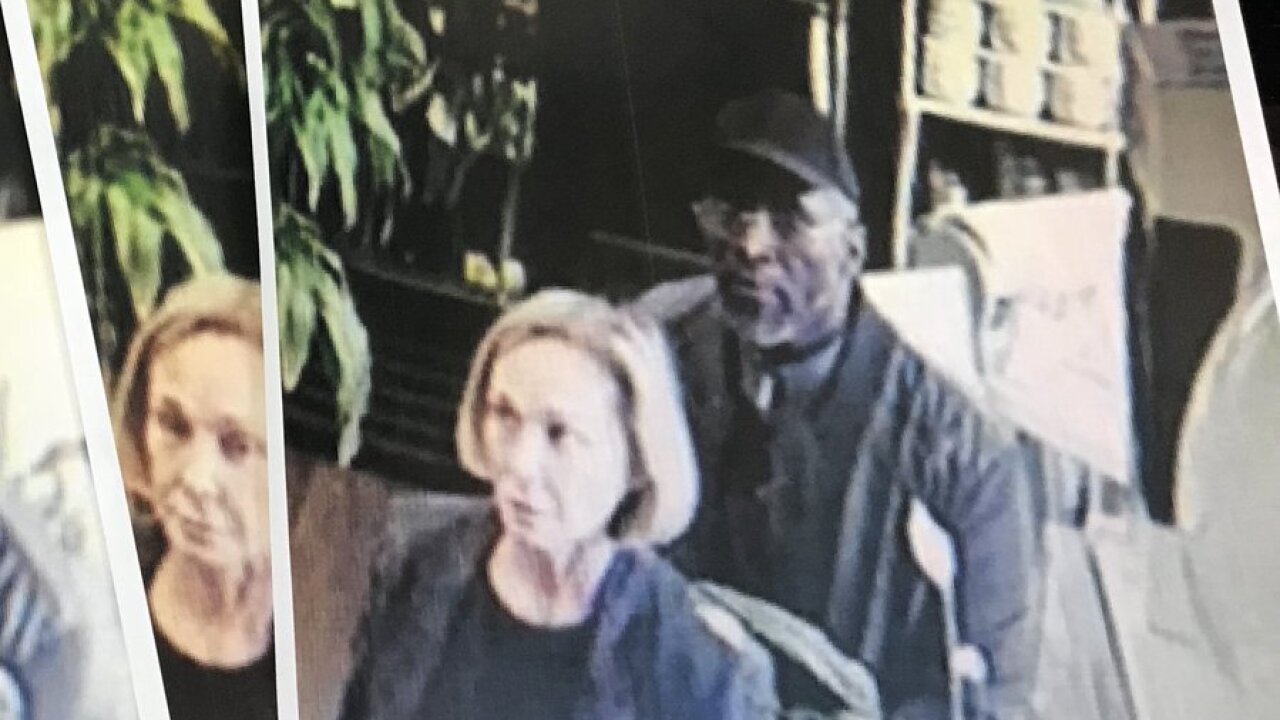 BALTIMORE, Md. — Business owners and people who live in Baltimore's Mount Vernon neighborhood are calling for more patrols and solidarity after a recent string of robberies and break-ins in the last few months.

From a break in at a fine dining restaurant a few weeks ago, to an armed robbery at flower shop on Monday, the community is feeling it.

"I've had my tips stolen. I've had them attempt to steal my musical instrument," Candie Cramer said.

Many days, you can find Cramer playing her flute on the streets of Mount Vernon. Thursday, she was across the street from Flowers by Chris, where there was a armed robbery Monday. The son of the 76-year-old owner says a man walked in Monday afternoon, pulled out a gun and demanded the money from the cash register. He says the armed robber made away with a couple hundred dollars after frightening his mother and her employee that were working at the time.

"It's very traumatic. She was looking at her life in his hands, at his mercy," her son who didn't want to be identified said.

One week ago, a man broke into The Elephant restaurant's second floor overnight, shattering an irreplaceable Tiffany window and tripping the alarm.

"They were hand-blown and put in almost 150-175 years ago," co-owner Mallory Staley said.

She said he didn’t steal anything because police showed up quickly after the damage was done and luckily, no one was inside at the time. Since the beginning of the year, robberies in the Central District have doubled, compared to the same time last year. Baltimore City Police data shows between January 2018 and March 2018 there were six reported robberies. And as of January 2019 to March 2019 there have been thirteen reported robberies in the Mount Vernon area, bringing the increase to 117 percent.

"I tried to move away and he grabbed my bag. I fell to the ground and I hit my head," Singer said. "I lost at least a thousands dollars worth of stuff plus money."

Now she carries a whistle and small knife to defend herself.

"To walk around and feel so unsafe and not trusting, it's a terrible way to have to live," Singer said.

The community it standing together, using love to make peace; thankful no one has been seriously hurt.

"We all grew up in this community and I’m not going to live in fear," Cramer said.

The Mount Vernon Association is meeting next week and business owners plan on asking for more officers out on the streets patrolling to deter crmine.

Photo of the restaurant suspect below:

Photo of the flower shop suspect below (on right):

A day after the flower shop robbery, a serial armed bank robber responsible for six other bank robberies in Baltimore made his way to a PNC bank on North Charles Street in Mount Vernon. Baltimore FBI officials say the man entered the bank and approached the teller counter with a demand note announcing a robbery with a gun. He took cash from the teller and fled the scene.