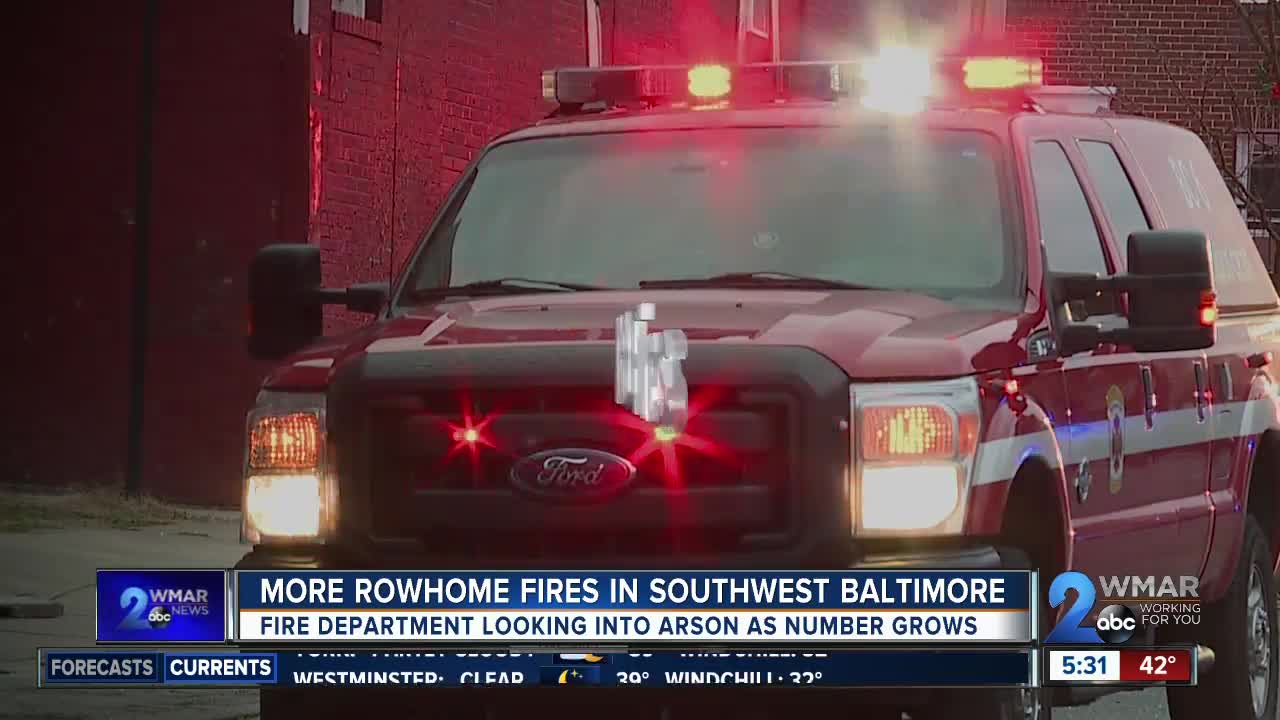 Today the rotted wood of these long-abandoned homes still soaks in water from last night's hoses; the char still wafts through the street.

Neighbors wouldn't go on camera -- but long-time residents noticed a suspicious man watching the fire catch last night...it is a detail the fire department says it needs to hear.

"If you see someone that maybe suspicious or strange, we would really appreciate it if you would reach out to 911 and let us know that," said Baltimore Fire Commander Roman Clark.

Because it is all looking incredibly suspicious to fire investigators.

There have now been 14 fires since Sunday in the small southwest area of Baltimore.

Houses burning up on McHenry - Ramsey - Wilhelm to name a few; the pattern of so many, so quickly and within such a small area continues to follow a familiar thread.

"Currently right now, the pattern of what we are looking at looks like it could be a possibility of arson, however we cannot confirm at this time," Clark said.

Baltimore Fire says it is still working through that possibility, but the circumstantial evidence is mounting.

In fact -- going back to July of 2018 -- the fire department says nearly 130 fires have been fought in this small area; it agrees, that is a lot.

It is a trend that has the department starting what it calls a roving fire watch; using its engines and trucks with their sidelights on to illuminate and patrol the area.

A response the hope will finally curb this rash of fires.