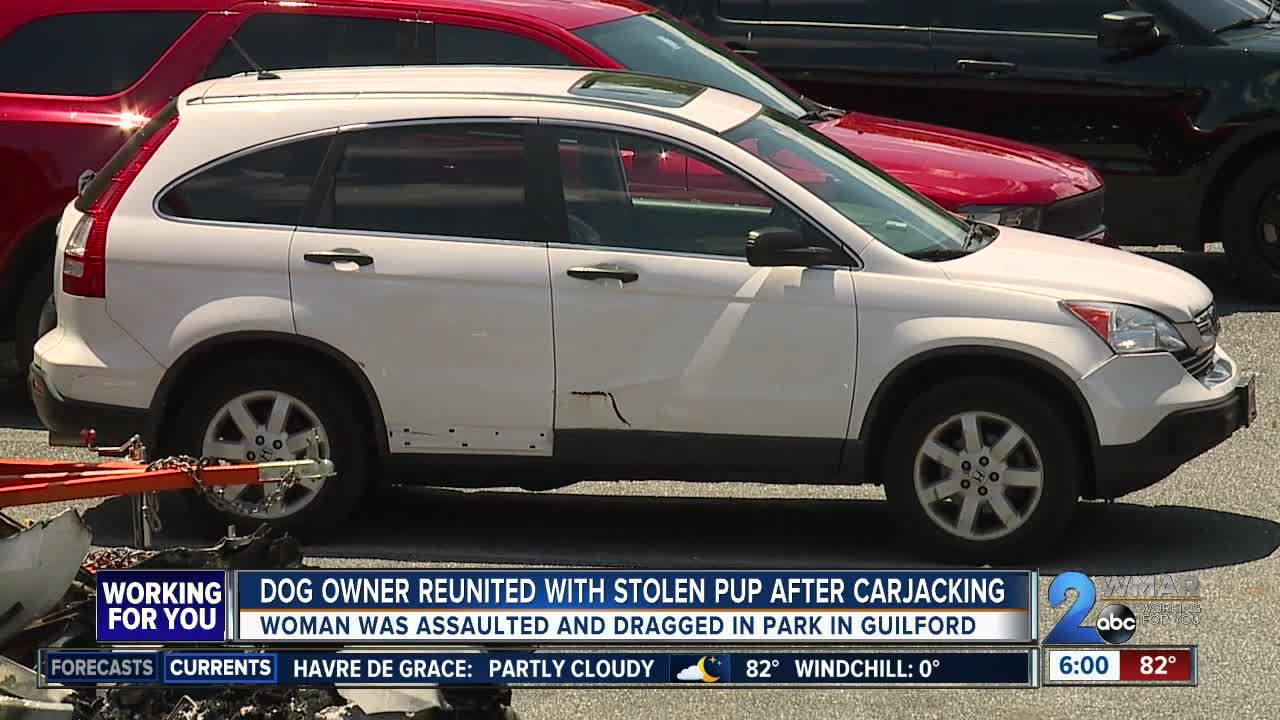 'Happy' the dog has been found and was reunited with her owner after a carjacking and assault incident that happened in Baltimore.

BALTIMORE — 'Happy' the dog has been found and was reunited with his owner after a carjacking and assault incident that happened in Baltimore.

On what otherwise was a scary and dangerous Tuesday for Carol Breining, reuniting with her 5-year-old Shih Tzu 'Happy' nearly a day later was a reason to smile.

According to police, 59-year-old Carol Breining was walking near the 200 block of Highfield Road around 3 p.m. Tuesday when she was approached by a woman and two men. Police say the three individuals assaulted Breining and stole her white Honda CRV with her dog inside.

REUNITED AND IT FEELS SO GOOD! The woman who was carjacked with her dog yesterday in Guilford in #Baltimore was reunited with her five year old pup Happy moments ago. Tag readers helped find the stolen car and Happy was in there! @WMAR2News pic.twitter.com/Bf40oX63h4

"I grabbed ahold of the car," Breining said. "I was trying to get in I guess and grab hold of my dog, and he started driving the car, and I fell off the car and into the street.

Police are continuing to search for the group who stole Breining's Honda and her dog.

"It's a joint effort that we have a big group of officers and detectives looking at forensic analysis, looking at case notes and what not and looking at patterns," said Major Richard Gibson.

What happened isn't stopping Carol from loving over her pup after not knowing if she'd see him again.

"It means the world to me to have him back," Breining said. "We all have to be aware because there are people out there that are doing bad things."