Men shot after getting Popeyes in East Baltimore 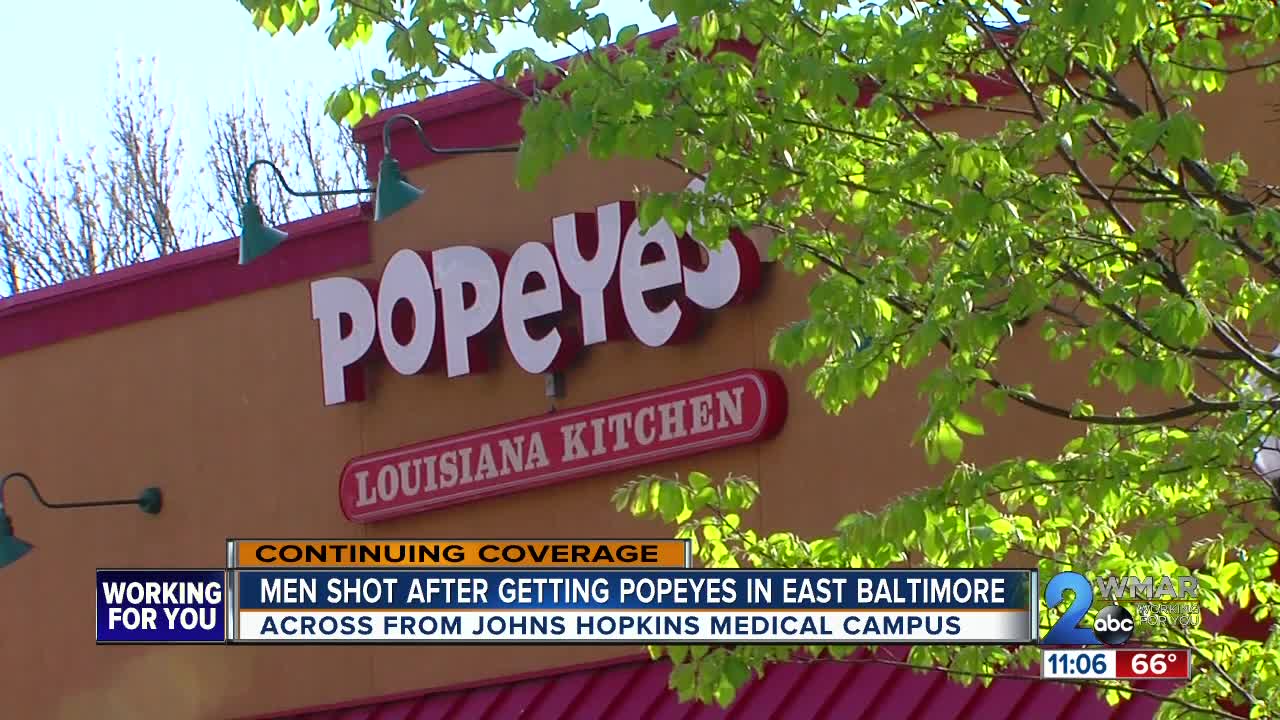 Two men are in the hospital after a shooting in an East Baltimore parking lot. It happened across the street from Johns Hopkins Medical Campus and in the private lot behind Popeyes on North Broadway. 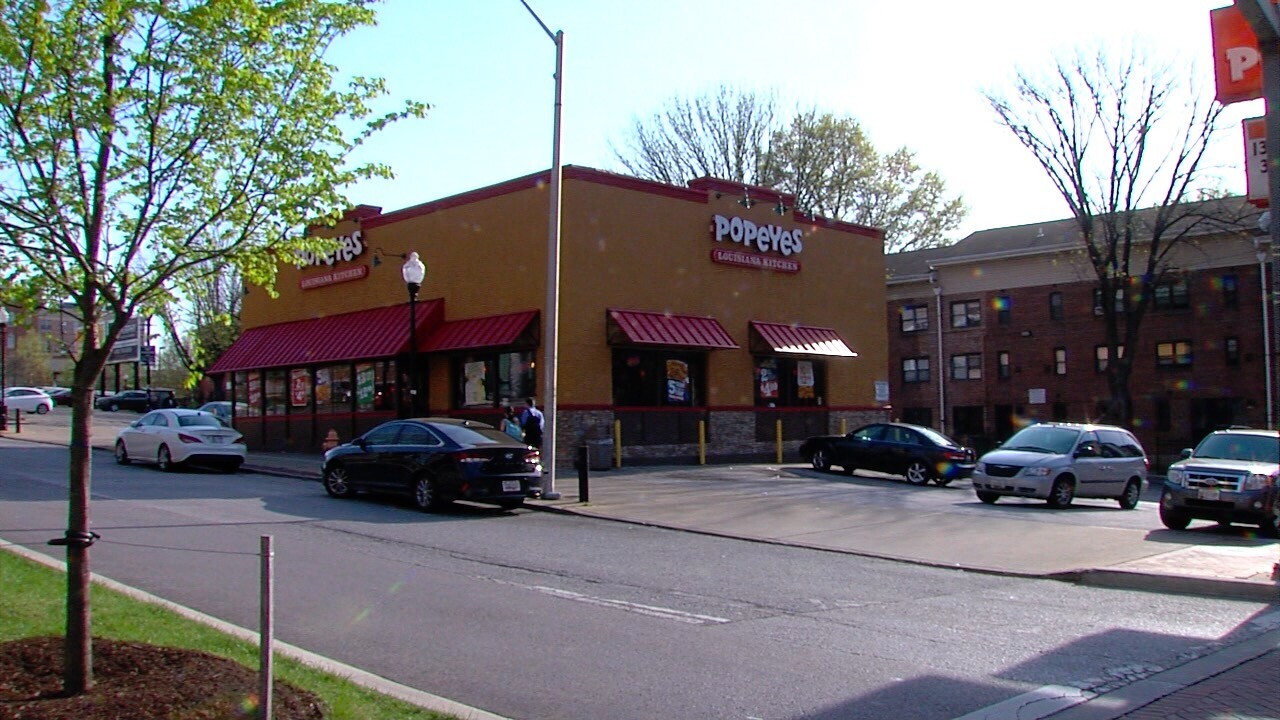 BALTIMORE (WMAR) — Two men are in the hospital after a shooting in an East Baltimore parking lot. It happened across the street from Johns Hopkins Medical Campus and in the private lot behind Popeyes on North Broadway.

Workers say one of the victims had just gotten food.

"The guy had ordered from Popeyes then came over and parked and walked back up to the window, the drive thru window to get something," said a man who works nearby.

This man didn't want to be identified but says he head from his co-workers about what happened at around 9:15 Wednesday night.

"By the time he returned to his car, two guys walked up to him and opened fire on him," said the man.

The shooting was caught on ShotSpotter, prompting Baltimore Police to respond to the lot next to Douglas Homes. Officials say two men are still get treatment, one is in critical condition. The 23-year-old's condition is so severe that homicide detectives are investigating. The man succumbed to his injuries on April 19. Police later identified him as 23-year-old Keith Mickles.

"it is a bit disheartening when I hear about the activity right at the corner of this intersection and it seems like it's been happening more frequently," said Ashley Green who works on the Johns Hopkins campus and walks this area often.

"There's definitely an opportunity and a desire for Hopkins to make sure that their visitors and stuff are protected. We from a legislative point of view just want to make sure we had all the protections in place; that it's more transparent," said Sen. Antonio Hayes.

But those who live and work in the area aren't convinced it would help in a situation like last night.

"I don't know how much police presence deters actual crimes from being committed," said Green.

"They have no shame in the game. They do it right in front of people," said the man. "We have a lot of illegal activity going on in this area so we jsut try to stay clear of it."