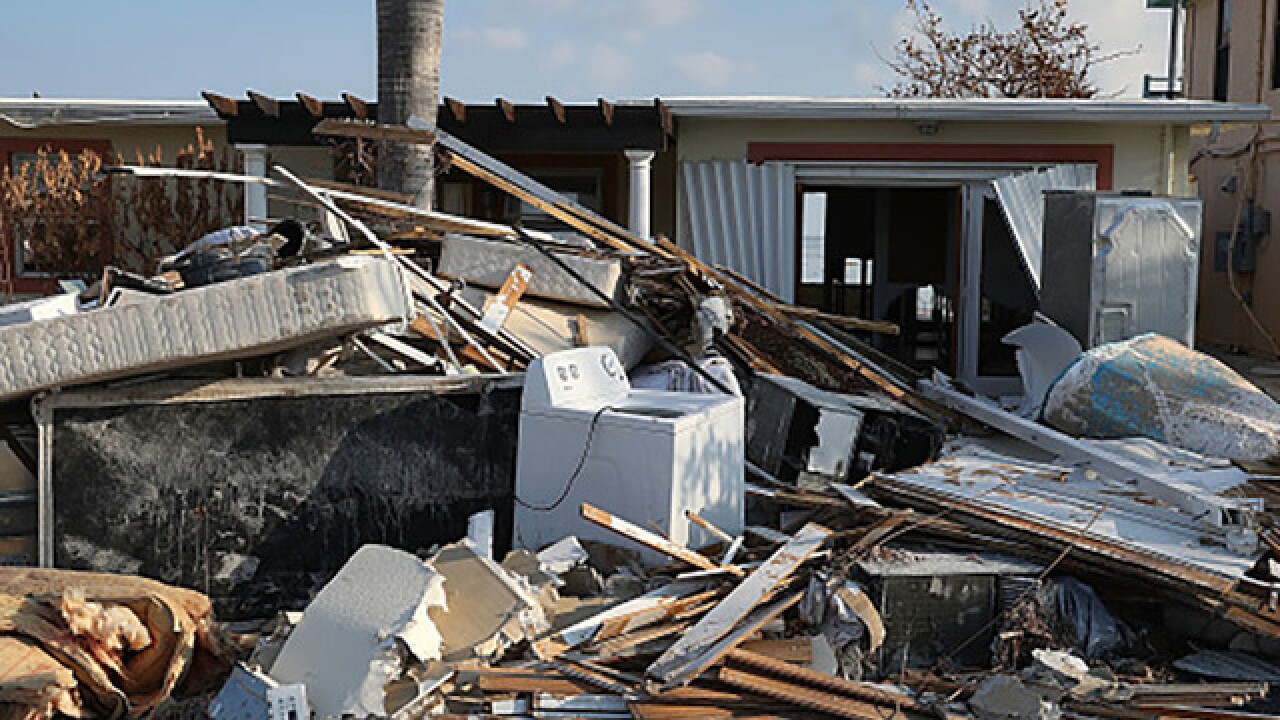 Copyright 2018 Scripps Media, Inc. All rights reserved. This material may not be published, broadcast, rewritten, or redistributed.
Joe Raedle
<p>MARATHON, FL - SEPTEMBER 19: Debris sits in front of a home that was damaged by hurricane Irma on September 19, 2017 in Marathon, Florida. The process of rebuilding has begun as the Federal Emergency Management Agency has reported that 25-percent of all homes in the Florida Keys were destroyed and 65-percent sustained major damage when they took a direct hit from Hurricane Irma. (Photo by Joe Raedle/Getty Images)</p>

Using a series of the prepaid cards, Okirika used stolen identities to file fraudulent claims for hurricane victims in Georgia, Florida, and Texas. The affidavit charges Okirika with collecting $102,500 on the cards.