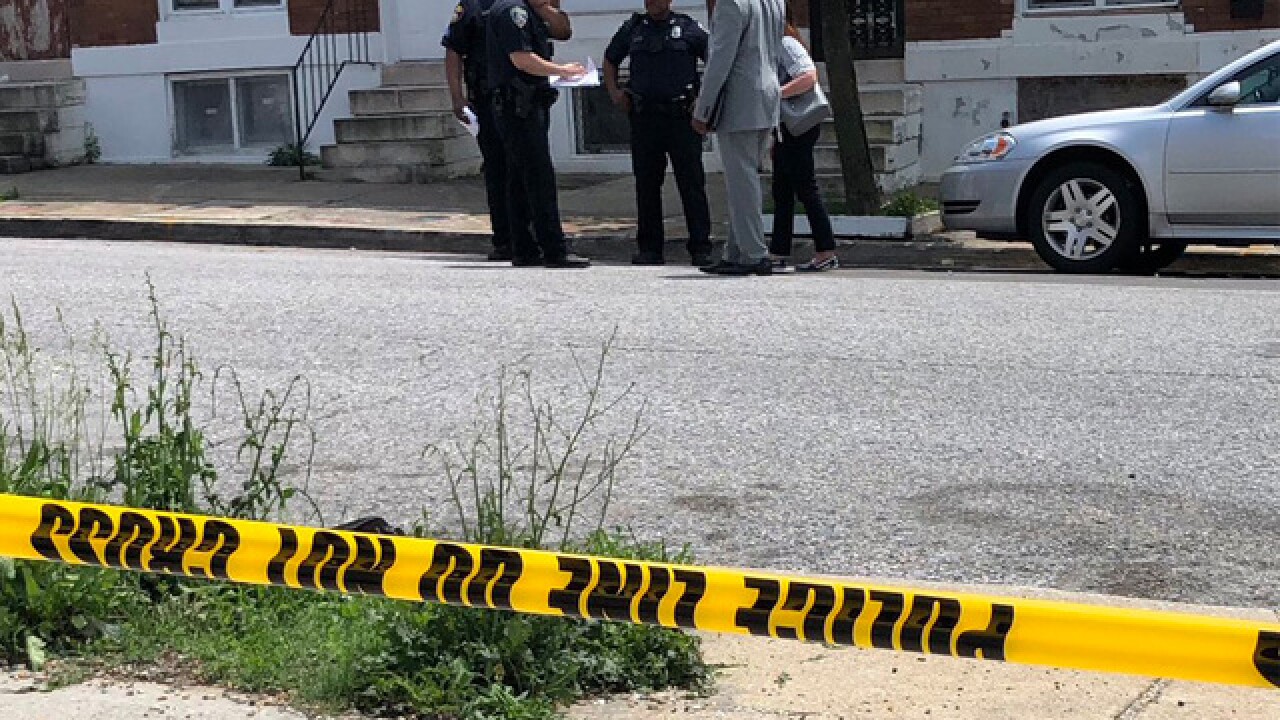 A 31-year-old man was rushed to the hospital after being shot Sunday. Southwest District officers responded to the scene in the 2100 block of Hollins St around noon where they found the injured man. He was rushed to an area hospital, his condition is unknown at this time.

An 18-year-old man was fatally shot in the 2000 block of Hollins St last Wednesday.

Anyone who may have information on this shooting is urged to call police at 410-396-2221 OR anonymously to Metro Crime Stoppers at 1-866-7LOCKUP.

RELATED: 18-year-old dies after being shot in the stomach in Baltimore