A suspect is in custody, after one man is killed and another critically injured following a double shooting Thursday afternoon.

The shooting was reported at North Regester Street near Lafayette Street at 11:10am Thursday, and police say they were in that same area when shots were fired. An officer was able to chase after the suspects and arrest multiple people of interest.

"It’s sad. It just hurts me to my heart," neighbor Maurice Harvey said. "All this senseless killing needs to stop in Baltimore because it’s too much."

This shooting makes 15 murders in the last week. It happened just down the street from a double homicide Monday. Police made an arrest in that case and say they are going after the people who could be responsible for the recent uptick in violence.

"We know we’ve had violence. Our detectives were up throughout the night conducting warrant initiatives the last couple of days. We arrested a person who was wanted for murder during that initiative," police spokesman TJ Smith said.

For the first few months of the year, violent crime in Baltimore was may down. Coming into April, murders were down 27% compared to 2017. That margin has been cut in half to 14% with 25 homicides in 19 days.

"How much of this is enough? We can’t keep seeing distraught family members we need to do something about this," Smith said.

Homicide detectives are investigating this incident and interviewing the people of interest. Anyone with information is asked to call 410-396-2100 or Metro Crime Stoppers at 1-866-7Lockup. You can also text tips to 443-902-4824. 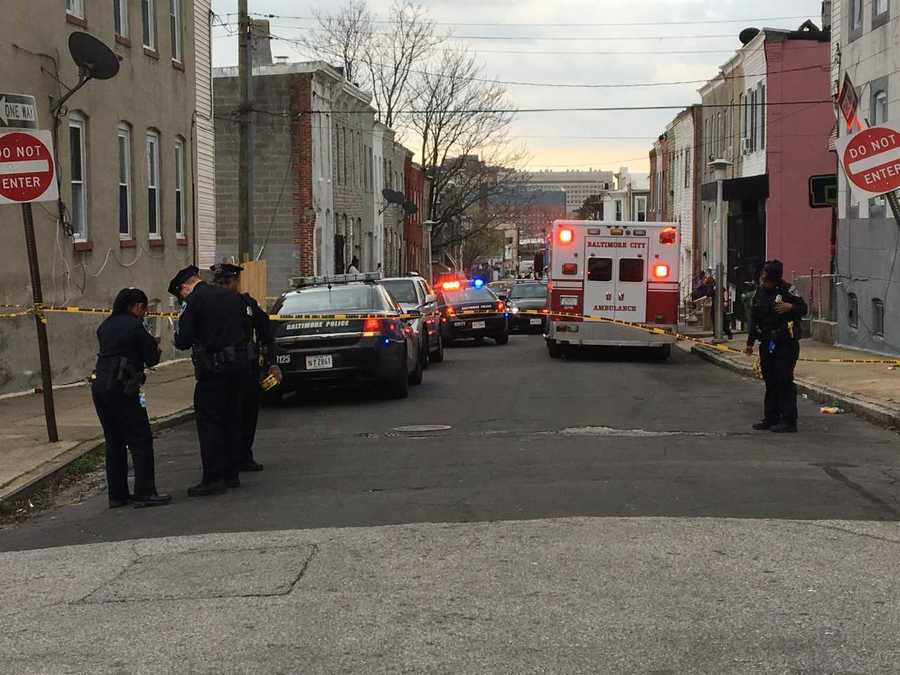