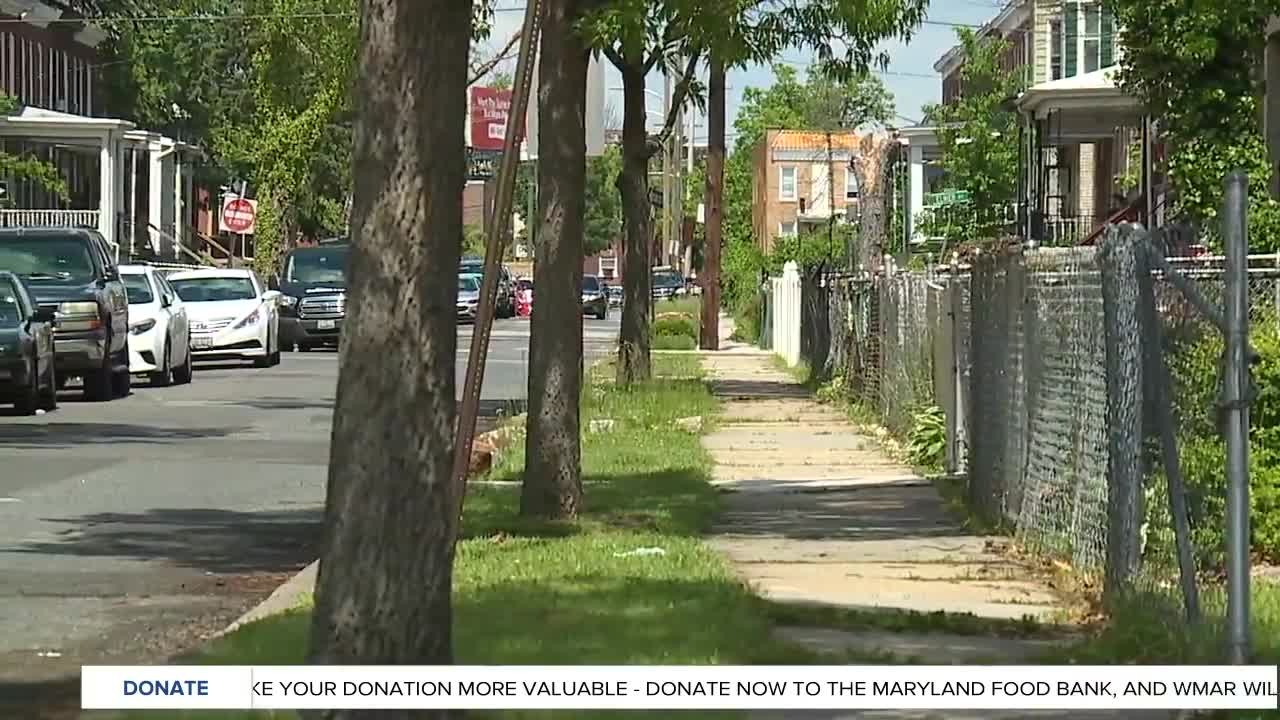 By Monday police were pleading with people to come forward after eight people were killed in shootings across the city.

BALTIMORE — By Monday police were pleading with people to come forward after eight people were killed in shootings across the city.

Right now officers in seven of the nine police districts are working to arrest killers from this weekend. Unfortunately the sight of crime tape and shutdown roads in this part of Park Heights is nothing new to people like Vance Carter who has lived here for over 50 years.

“I have grandsons that I don’t even let outside too often,” Carter said. “I take them out of the neighborhood sometimes because it’s gotten so bad. I mean I’ve been hear so long I’m used to it.”

WMAR-2 News' Eddie Kadhim was talking to Carter on the corner of Cuthbert and W Belvedere where a man was killed less than 24 hours earlier. Just two blocks away and a day earlier, another man was shot and killed on Spaulding Avenue. In total, 12 people were shot in 11 separate incidents since Friday.

Eight people were killed—seven men and one woman with ages ranging from 18 to 60 years old.

“Several of our victims had handguns on them when police arrived and at the time of the incident which speaks to why we have to have smart enforcement and real consequences for people who are illegally carrying firearms because that is at the core of this culture of violence,” he said.

A culture nobody should have to get used to.

“This community needs help, they keep tearing down stuff, but they're not building nothing back up,” a North Baltimore man said. “These kids don’t have nothing to look forward to.”

Baltimore Police say it’s too early to know if any of these shootings are related.

They have leads on several of the shootings, but need people to come forward with more.

One shy of the total from last year at this time— and on pace to go over 300 homicides for the 6th straight year.

Police say they do have solid leads but haven’t announced any arrests.