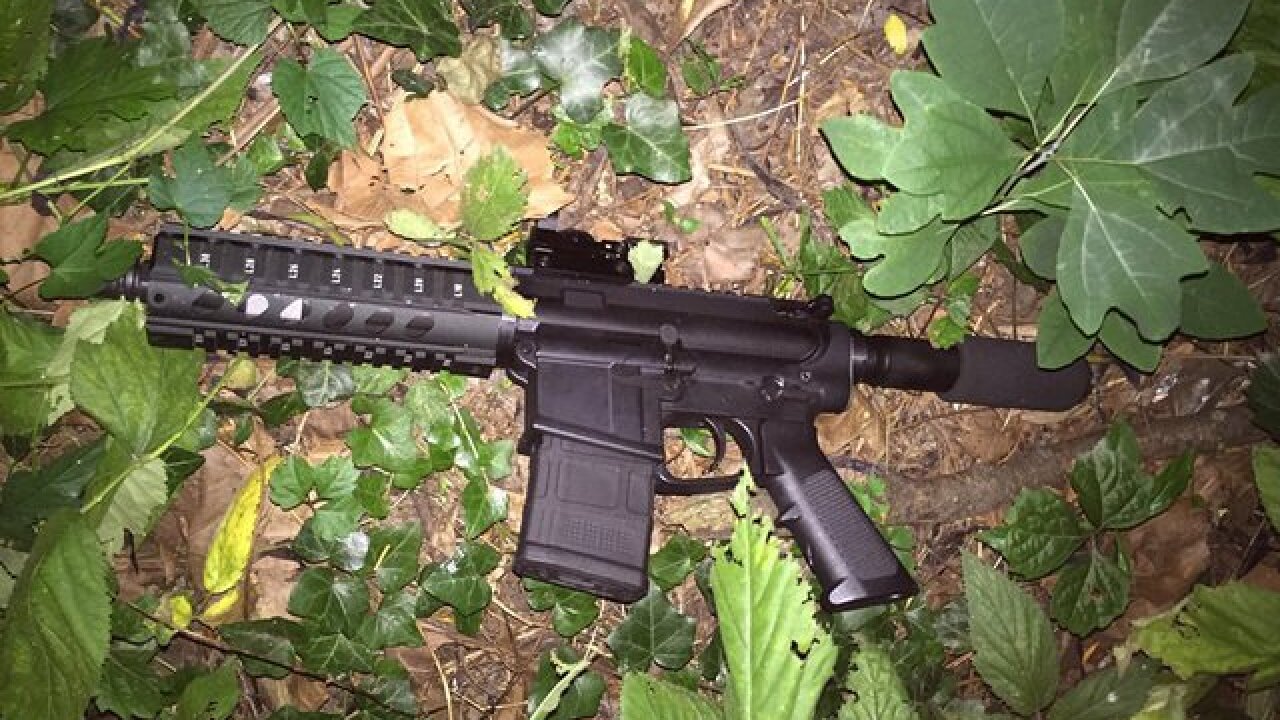 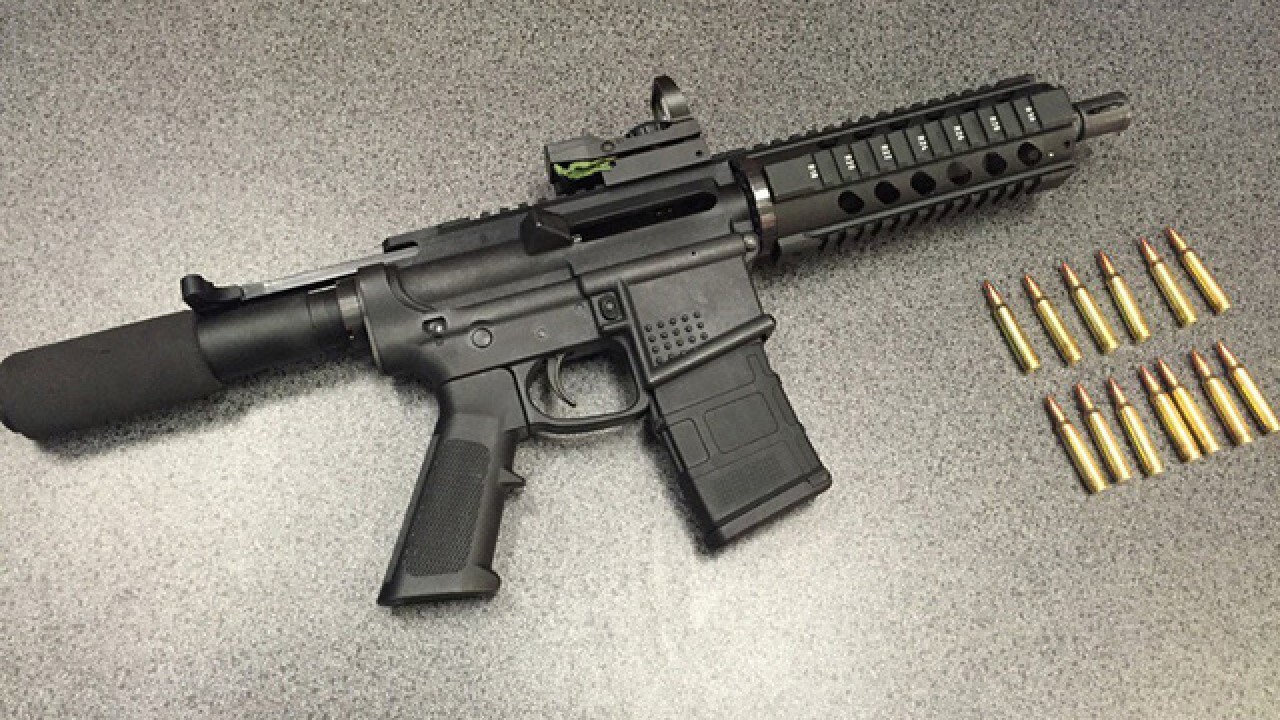 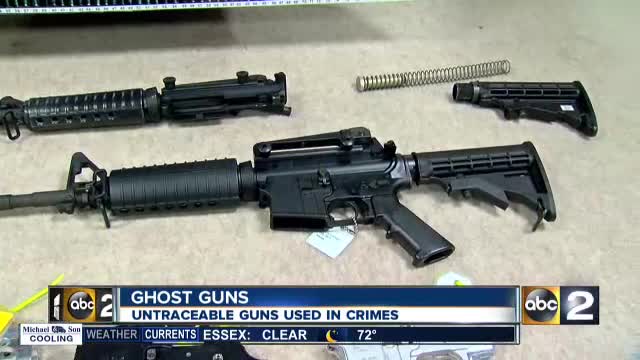 On July 14, 2016 in West Baltimore, two loud and rapid bursts of gunfire sent neighbors ducking in their homes to call 911.

Baltimore detectives on an unrelated detail in the Western District heard it too, but knew immediately it came from a powerful and lethally accurate weapon.

While detectives don't believe it was an ambush, suspect Dayten Harper who was killed in the shootout, left no clues, nor did the high powered weapon he turned on police.

"When we found out that gun was a homemade gun,” Baltimore Police Commissioner Kevin Davis said, “And I was on the scene and we were all looking at it, wondering what to call it and what do you think it is, how would you describe it, that was a big part of the conversation."

Both sides of the gun’s lower receiver was smooth and black, there were no markings, no serial numbers and no manufacturer.

The rifle, milled and pieced together with spare parts was homemade and styled after an AR-15.

The lack of make and model triggered interest from the Bureau of Alcohol, Tobacco and Fire Arms.

"The ATF or any law enforcement agency are gonna be very concerned when this type of weapon winds up in the wrong hands," said Special Agent Dave Cheplak.

The weapon is characterized by more than just its unique sound. It fires a larger bullet at two and a half times the velocity of a handgun, can pierce standard issue body armor, and can fire up to 30 rounds in less than 10 seconds with pin point accuracy.

"We take it very seriously, we'll intervene and work with the local municipality or state police that recovered the weapon and conduct an urgent trace to make sure we can trace the life of the gun to find out how it ended up in the hands of the individual who used it," Cheplak said.

That normally happens at ATF's tracing center in West Virginia.

Law enforcement will usually call in a serial number from a seized gun. Though the tracing center digitizes the boxes of old ownership records it receives, congress still prevents a searchable database by name. Therefore, finding where a gun went from market to owner is still an analog process.

It can take up to a week, but the name is a start for police, unless, of course, it never existed, like a ghost.

"It would be nice to gain intelligence information from that firearm, as much as we can and we lose that if there are no serial number markings," said Max Kingery, Chief of Firearms Technology at the ATF.

Kingery says homemade AR-15's and other guns are an issue because they are an immediate dead end for any investigation.

"Whether it is growing or not is difficult to tell, but even if it were not it would still be a concern,” Kingery said.

The concern lies in the fact that authorities simply cannot track how many of these guns are on the black market and the increase of available and affordable technology to build them.

Here in Baltimore City, police can point to at least one incident in which a homemade AR-15 style weapon was used, which the commissioner says is enough.

"That was a homemade gun and that concerns us,” he said. “We don't see that often in Baltimore but the fact that we saw one concerns us greatly."

The hard evidence of such ghost guns is more anecdotal than factual in Baltimore.