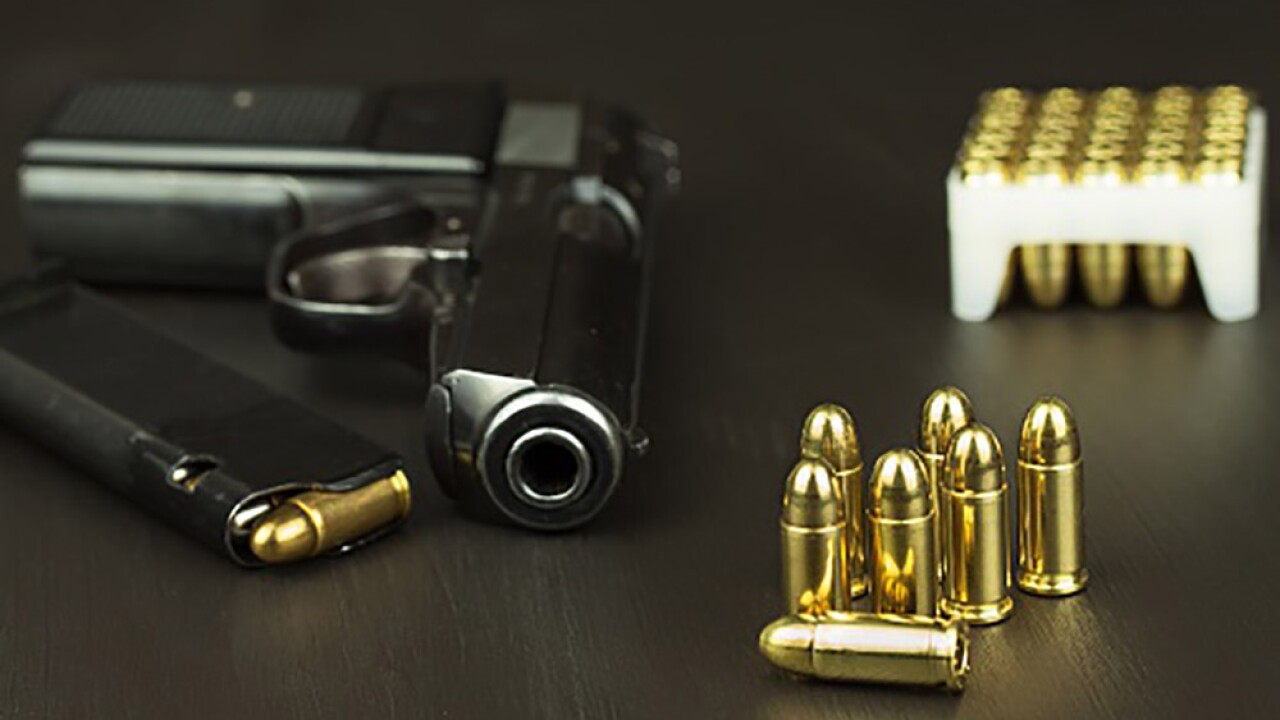 MartinFredy/Getty Images/iStockphoto
Handgun with ammunition on a dark wooden table. Sales of weapons and ammunition.

BALTIMORE — A 24-year-old Baltimore man pleaded guilty in federal court Friday to selling unlicensed guns online through Instagram fewer than two months after he was released from prison on an assault conviction, the U.S. Attorney’s Office for the District of Maryland said.

Terrel Edward Elliott faces a maximum sentence of five years in prison for the unlicensed dealing of the firearms, and a maximum sentence of 10 years in prison for being a felon in possession of firearms and ammunition when he is sentenced on June 18. He was convicted of first-degree assault in Howard County, for which Elliott was sentenced to eight years in prison, but had 6.5 of those years suspended and 18 months of unsupervised probation, according to his current plea. He was released on Sept. 24, 2016 after serving his sentence.

On April 14, 2017, Elliott was arrested in possession of 14 .22-caliber bullets, a handgun with an obliterated serial number, and drugs, a statement from the U.S. Attorney’s Office said. He pleaded guilty to possession of a firearm by a convicted felon on Nov. 13, 2017.

Baltimore Police were surveilling Elliott while there was an open warrant for his arrest on Feb. 12, 2018, when they saw him leave his residence and get into a car with a woman, the statement said. When officers stopped the car, Elliott fled. He was caught at the back door of his home and arrested. Police said they recovered a handgun from along the path that Elliott fled.

Elliott’s Instagram account was searched after police obtained a warrant, finding many photographs of Elliott in possession of guns and with messages from possible buyers of guns. One such photo was posted fewer than two months after he was released from prison. After selling a gun to a minor in January of 2018, Instagram messages showed discussions of potential additional sales of guns to minors. In the more than 4,700 pages of Elliott’s Instagram, numerous references were made to selling guns for a profit.

In his plea, Elliott admitted between eight and 24 firearms were involved in his illegal online sales and possession, and that he believed many of the guns would be used in connection with felony offenses like robberies or drug trafficking.