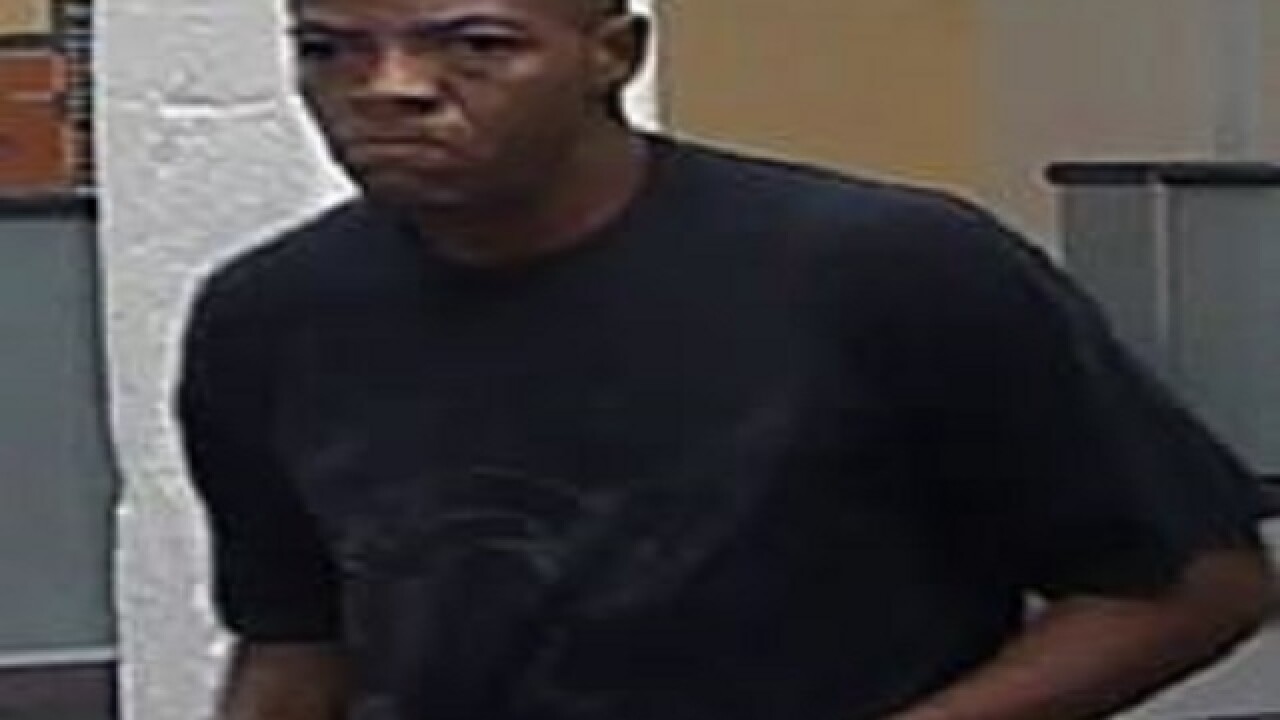 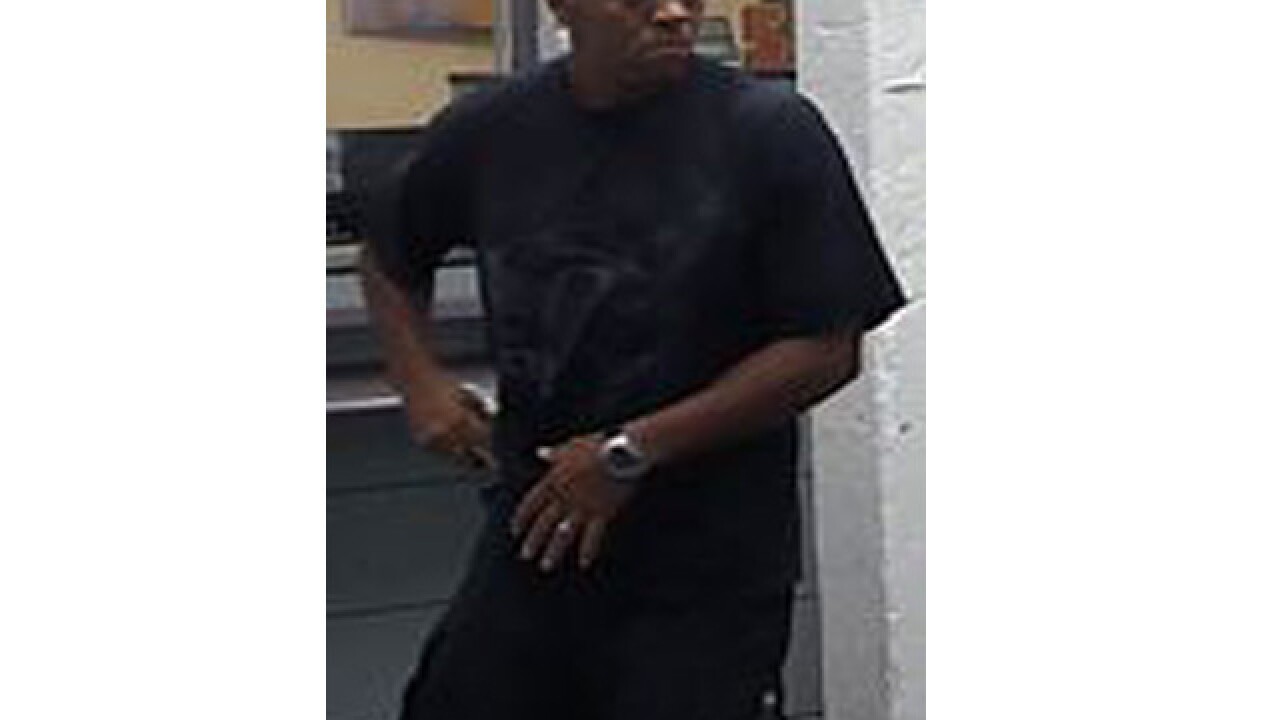 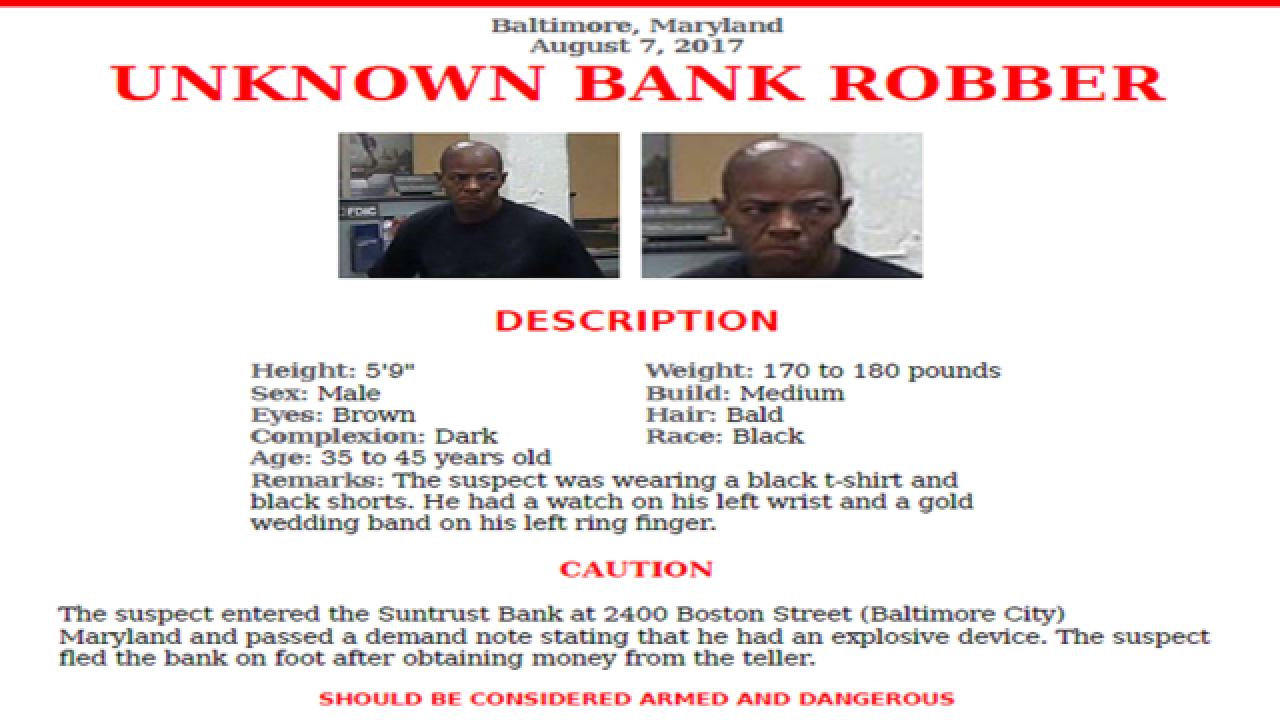 Federal officials in Baltimore are asking for the public’s help in identifying a man wanted in connection with a bank robbery.

On August 7 around 9:50 a.m. investigators say the suspect entered the SunTrust Bank on Boston Street and passed a note to a teller demanding money. In the note, he said he had an explosive device. After taking the money from the teller, the suspect fled the bank on foot. No one was injured during the robbery.

If you know who and/or where this man may be you’re asked to call your local FBI office immediately or submit tips at tips.fbi.gov.