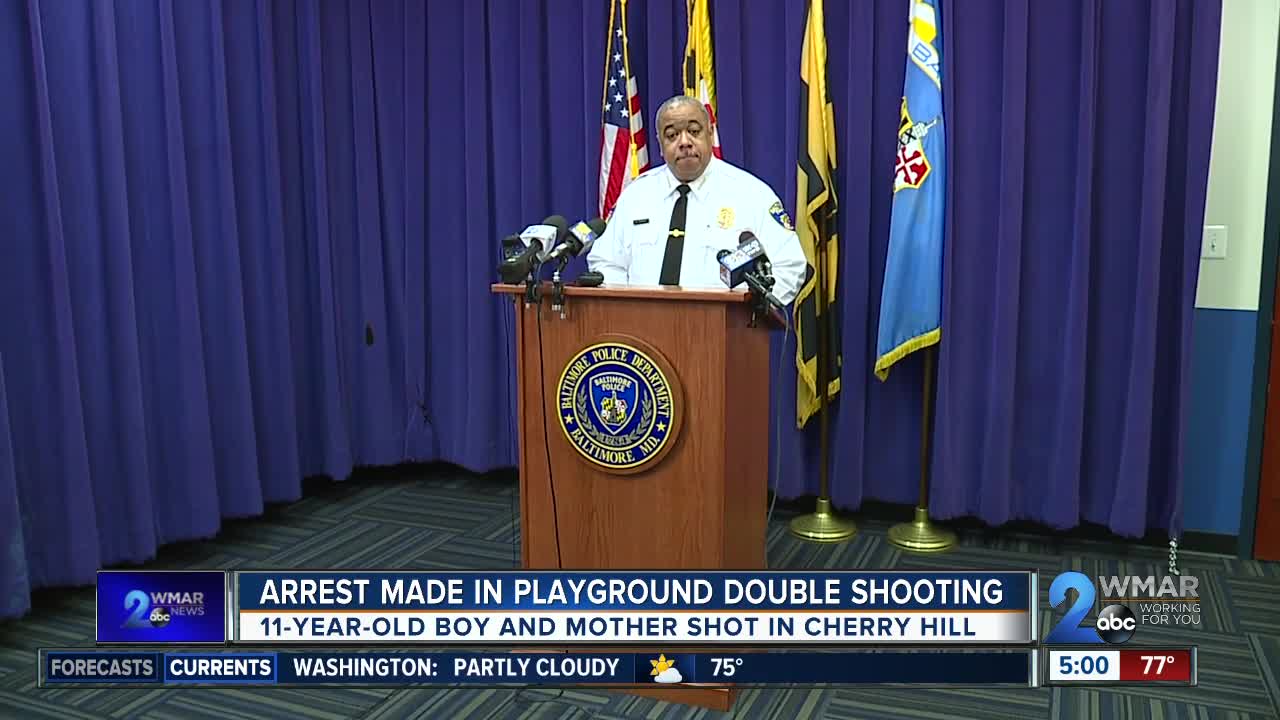 A 31-year-old woman from Cherry Hill was arrested and charged for Thursday's shooting of an 11-year-old boy and his mother, Baltimore Police said. 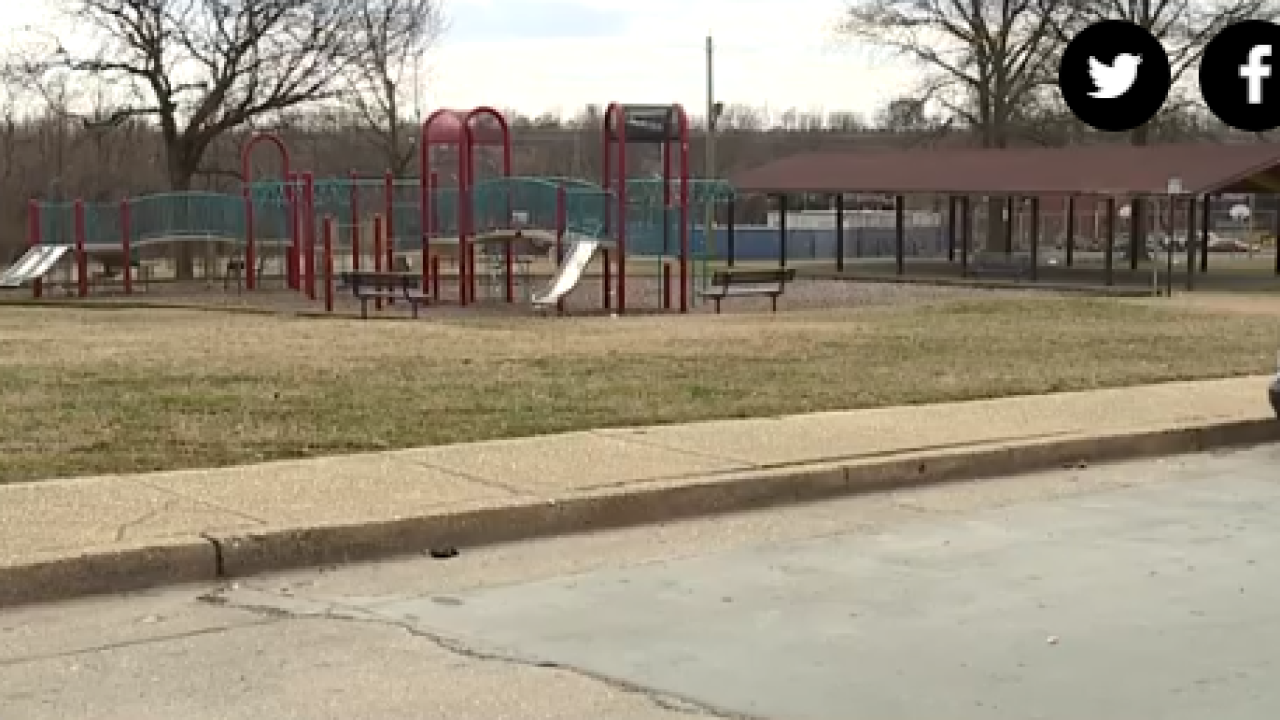 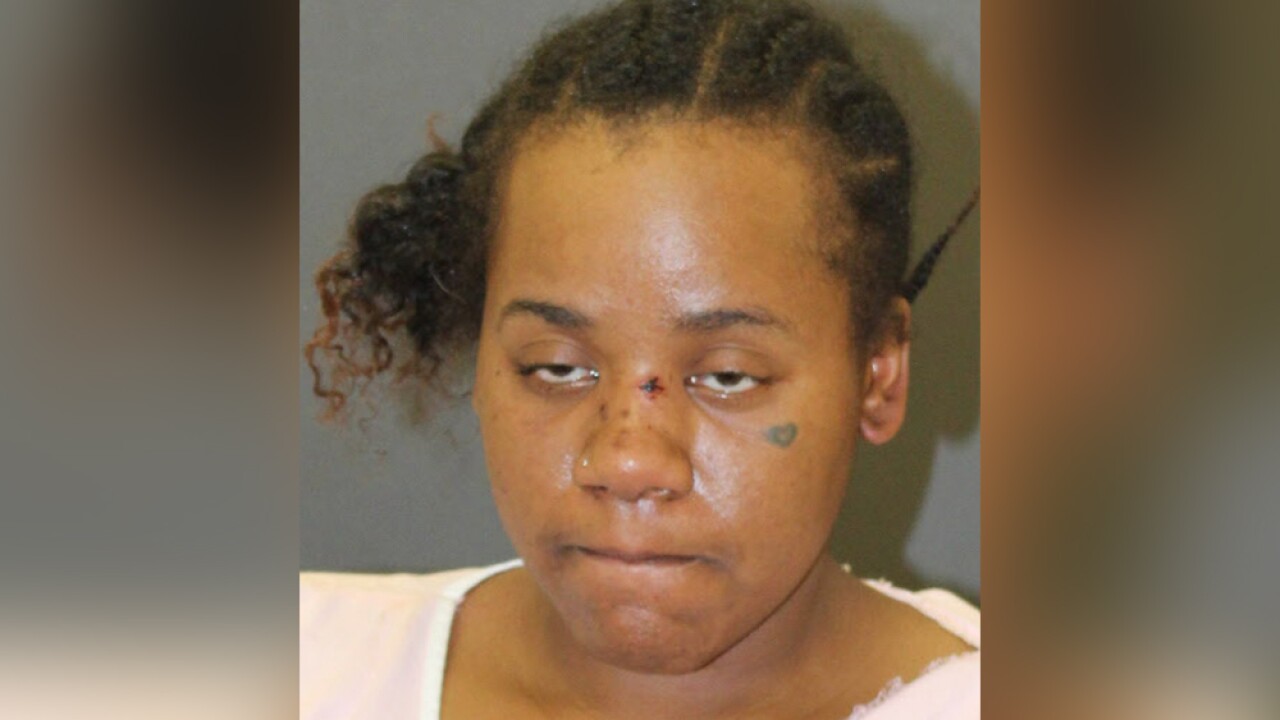 BALTIMORE — The playground on Seagull Avenue is a favorite among the children of Cherry Hill.

"Kids were out here playing. I'd just picked up my kids from school," recounted Dante Simms of Thursday night, just before 6 p.m., when he heard a woman calling out to him for help--- her son, injured and lying on the ground, "His head was in the dirt, and then I observed some of the blood from his head. It looked like he was pistol-whipped or something... some blunt object, because he had a knot on his head and it looked like there was a laceration there as well."

Simms says he saw a through-and-through wound in one of the 11-year-old boy's hands, but it wasn't until later that he realized the child's mother had been injured as well.

"She was just concerned about her son, and come to find out after the fact, she was shot as well," said Simms.

George lives just across the street from the playground in a public housing complex.

"Nicole George was speaking with the 11-year-old only, and at some point, Nicole George pulled out a firearm and began firing at both victims---shooting the mother and shooting the son. The content of the conversation is still undetermined," said Harrison.

A neighbor, who wishes to remain anonymous, says George may have mental issues and they affected her speech.

She also has a son of her own, about the same age as the victim, who was not present at the time of the shooting---a shooting, which has shaken parents who viewed the playground as a safe space.

That is, until now.

"I have six kids---eight, seven, six, five, four, three, two," said Simms, "All you can do is you can just pray about it and just keep moving."

Police have also recovered a handgun, which they believe was used in the double shooting.

On Friday, the 11-year-old boy is listed in critical, but stable condition, and his mother has also been stabilized, suffering from a gunshot wound to her upper body.

Harrison credit the quick response of officers who were already in the area at the time of the shooting, as well as the cooperation of area residents in helping make a swift arrest.

"When officers got to the scene they were able to get information that they needed, along with a quick response to effectuate an arrest," Harrison said. "I think that speaks to what we hope to see everywhere in this city. That we would get the support we need to identify people who are committing these violent crimes. It will always be with the community support that we can solve these crimes and hold people accountable who are committing them.”

Police are still working to establish a motive for the shooting. George had no previous contact with the victims prior to the shooting and was not known to them, police said. Anyone with information should contact Citywide Shooting detectives at 410-396-2221 or Metro Crime Stoppers at 1-866-7LOCKUP.

The crime presented Harrison with his first opportunity to appear in front of the media at a press briefing, directly communicating with the city on a public stage. In an interview with WMAR earlier this week, he said he intended to get in front of the city's more high profile violent crimes, keeping the community informed and providing information that could hopefully lead to cooperation and arrests. He also wanted to build trust by being forthright with the city.

“I don’t know yet that this is something we would do on a daily basis," Harrison said of the frequency of such briefings, "but I think when a kid is shot on a playground it's really shocking to the conscious because that’s a safe place that we expect to have for our kids, for parents, and for these things to happen in a playground is, like I said, really shocking to the conscious. I thought you should know we do have a person in custody. We have confiscated a firearm. To the extent that we can know, we know, and we’'re asking more questions to get to a true motive."