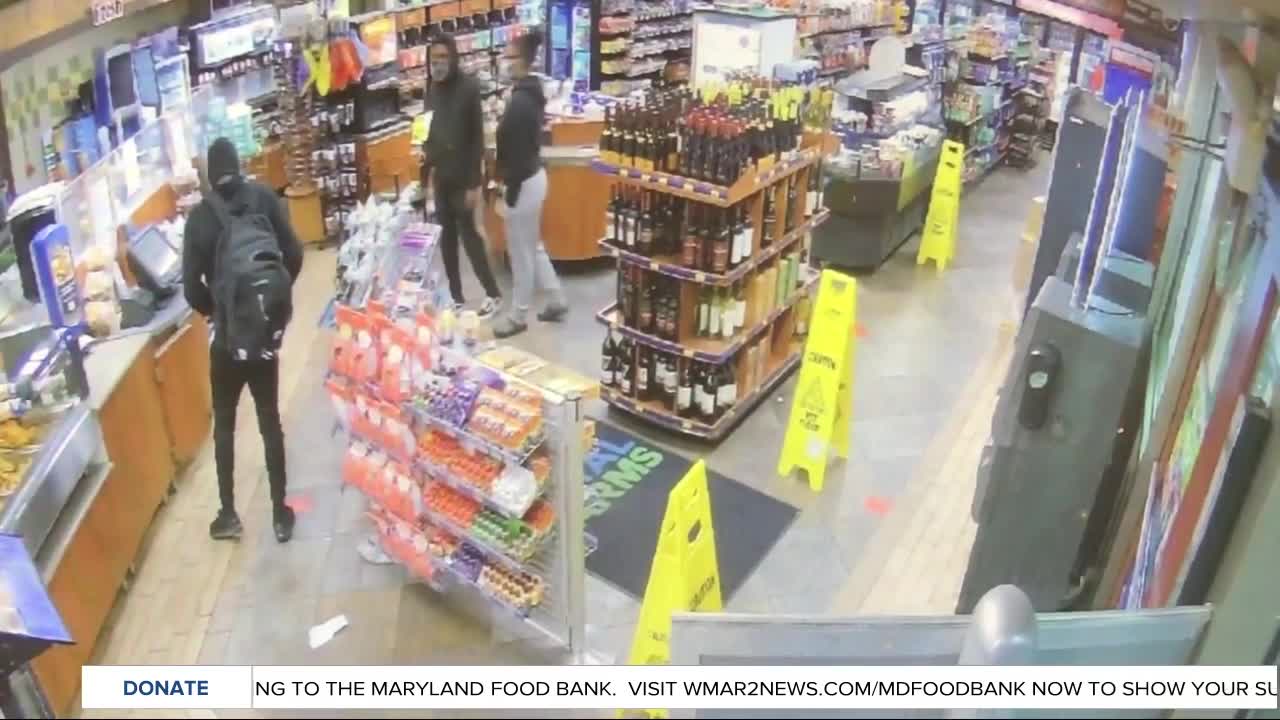 Caught on camera, a robber rummaging through the cash register with one hand while holding a gun in the other.

BALTIMORE, Md. — Caught on camera, a robber rummaging through the cash register with one hand while holding a gun in the other.

After taking some cash, he jumps back over the counter and attempts to take the clerk’s life.

An everyday customer at the Royal Farms store on Keswick Road in Hampden, Cheryl Leister feels like she just dodged a bullet.

“I know every single one of them in here, and they’re all nice people,” said Leister. “I could have been in here last night. Yes, and it makes no sense. You got the money. Just go, dude. Just go.”

The suspect, dresses from head to toe in black, had made a small purchase before revealing his real intent.

The video shows him making a small purchase and then pulling his handgun out as two customers ran from the store.

From another camera angle, you can see the unidentified 35-year-old male clerk complying with the robber’s wishes and holding both of his hands up as the suspect grabbed some cash posing no threat to the robber.

“As he was leaving the place, scot-free, he stopped, turned and shot the clerk without warning, without being provoked,” said Baltimore Police Det. Donny Moses.

At close range, the bullet struck the clerk’s cell phone, causing severe burns, which may require a skin graft, but diverted it from lodging in his body.

Police now seek the robber who’s not only armed with a weapon, but has shown he will use it.

If you have any information about the suspect, you can call Metro Crime Stoppers at 1-866-7LOCKUP.