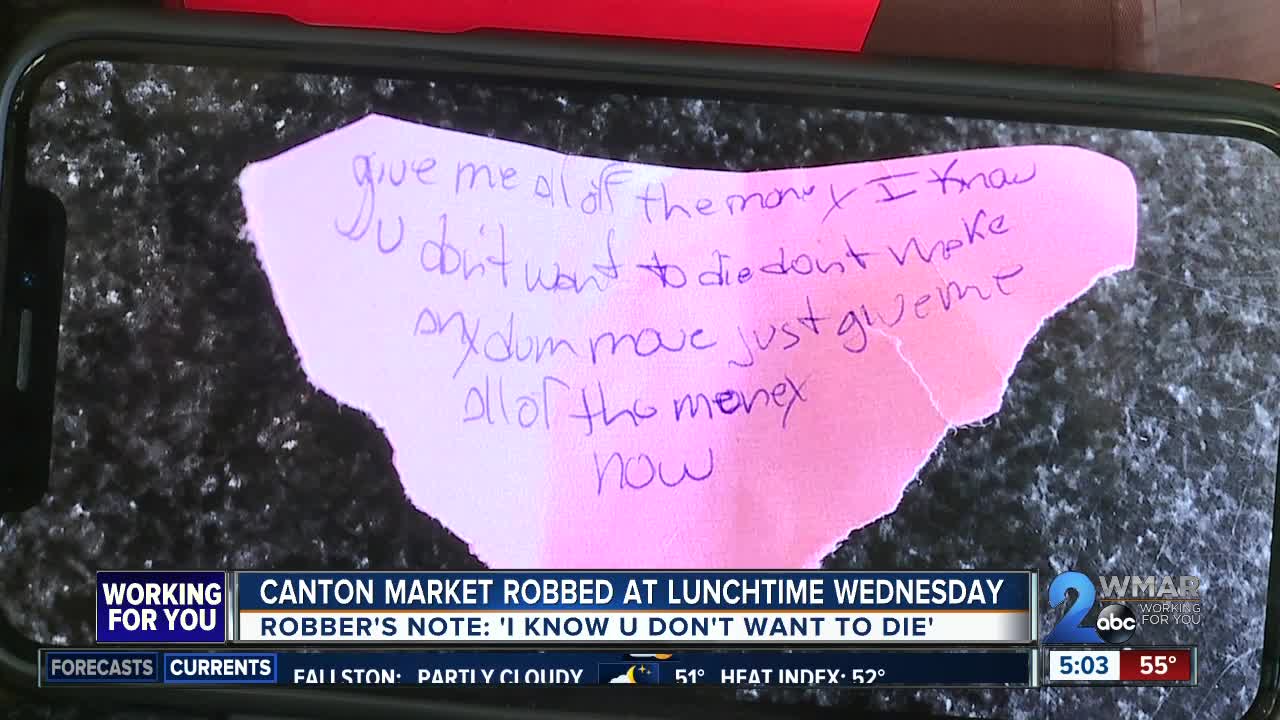 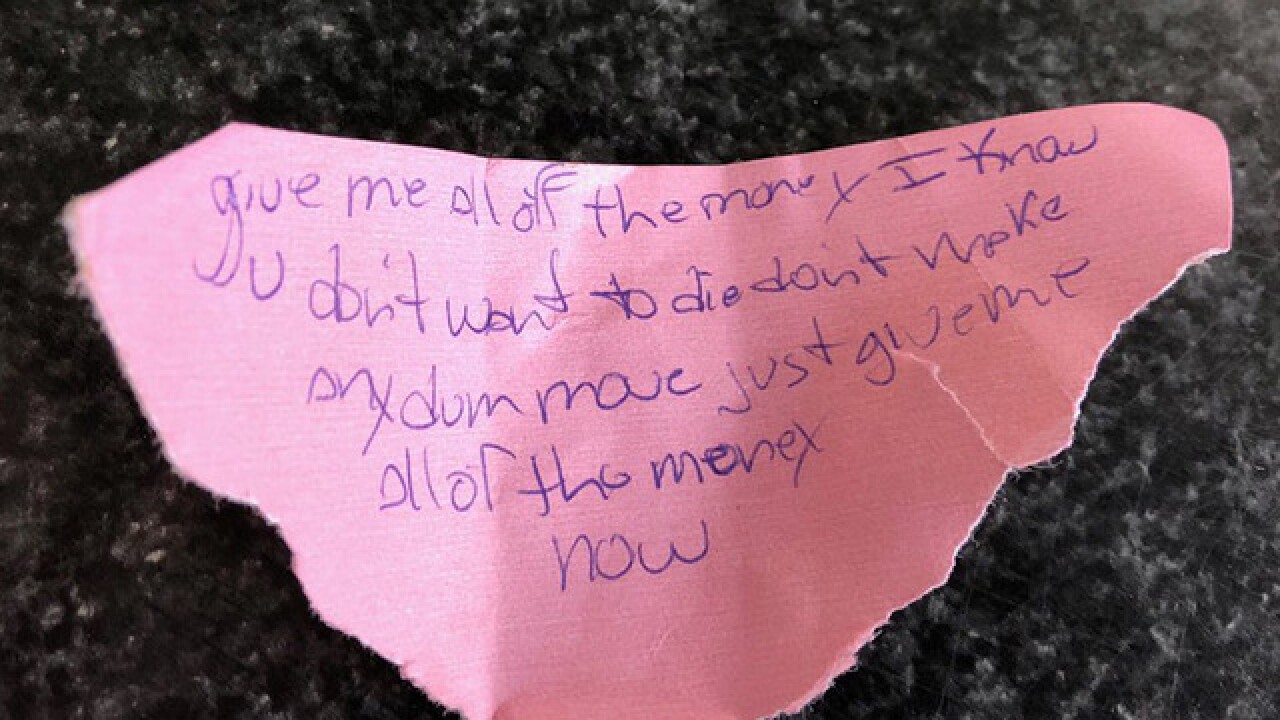 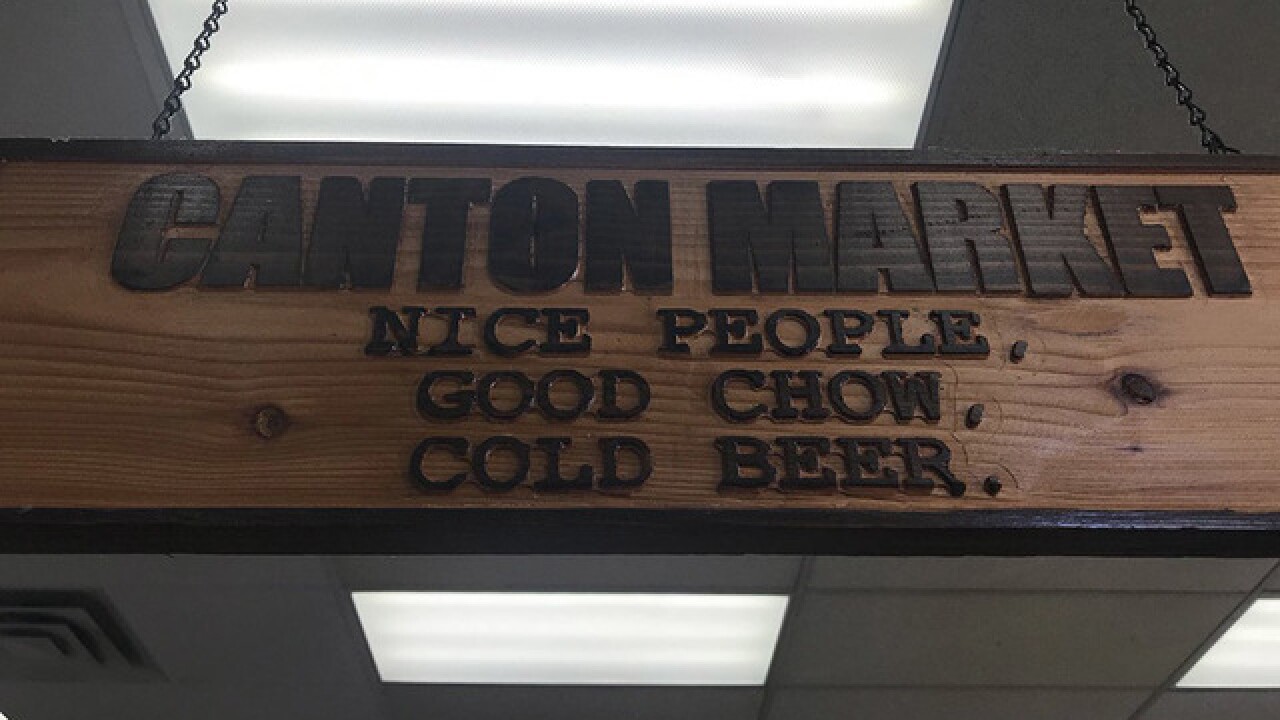 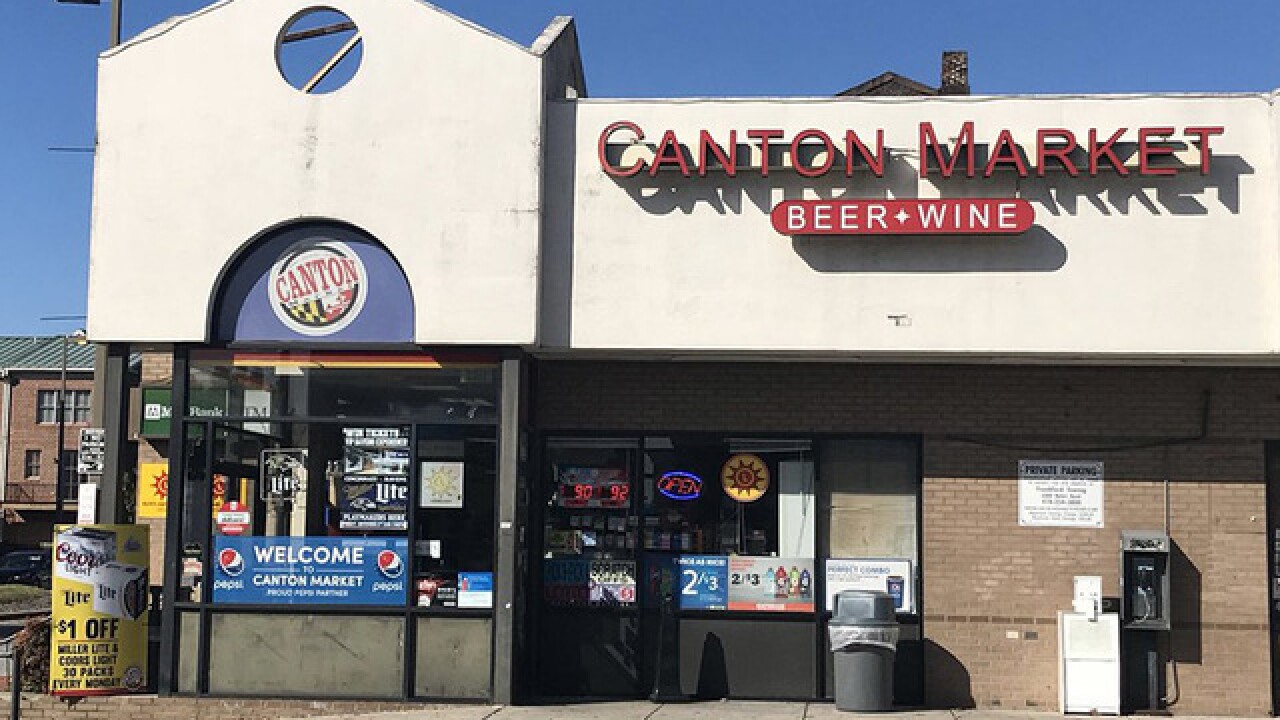 The Canton Market was robbed midday Wednesday by a man using a note to imply he had a gun. Police responded to small grocery and liquor store, Canton Market on Boston Street, at about 11:32 a.m. after the store's manager called to report he'd been robbed.

Manager Trevor Green said a man first walked in at around 10 a.m., asking for a pack fo cigarettes and then leaving because he didn't like the price. He said the same man came back an hour later, hanging by the coffee bar, waiting for customers to clear out. Then he approached Green again.

Green didn't know what to do. He never saw a gun but his father saw the suspect grab at his waistband as if he had a gun. Fearing he might be shot, Green gave the suspect $80 from the cash register.

"It's all about safety. That's what I was thinking about while he was in here. So sure, 80 bucks is not worth my life," Green said.

The suspect then ran out of the store on foot, heading west on Boston Street. Green is thankful no one was hurt and he just hopes they catch the guy responsible.

"Hopefully it doesn't happen again, that's all I can say," Green said.

The responding officer broadcast a description of the robber over the radio, and police canvassed the area but the robber was not found.

Green described the robber as a roughly 6-foot tall black man who appeared to be in his mid-40s, with a salt and pepper beard. At the time of the robbery he was wearing a black beanie, a black zip-up hoodie, blue jeans, and white tennis shoes. He is said to have two tear drop tattoos under his right eye.