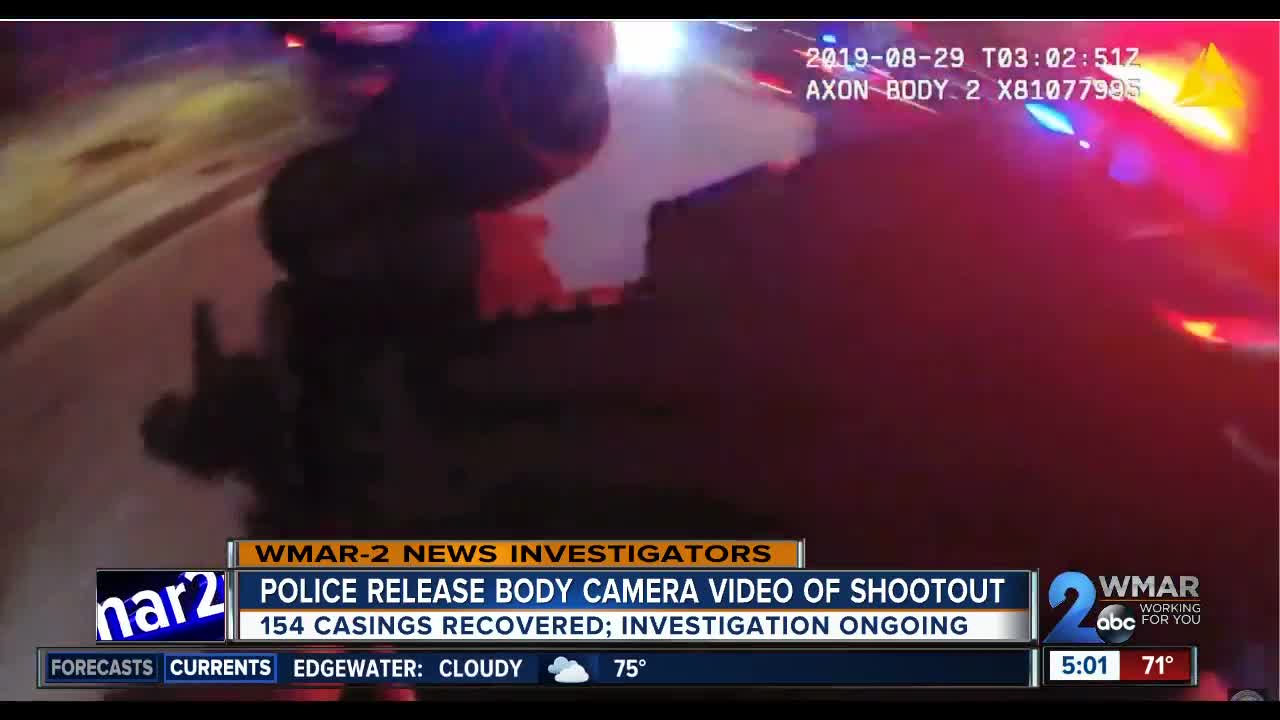 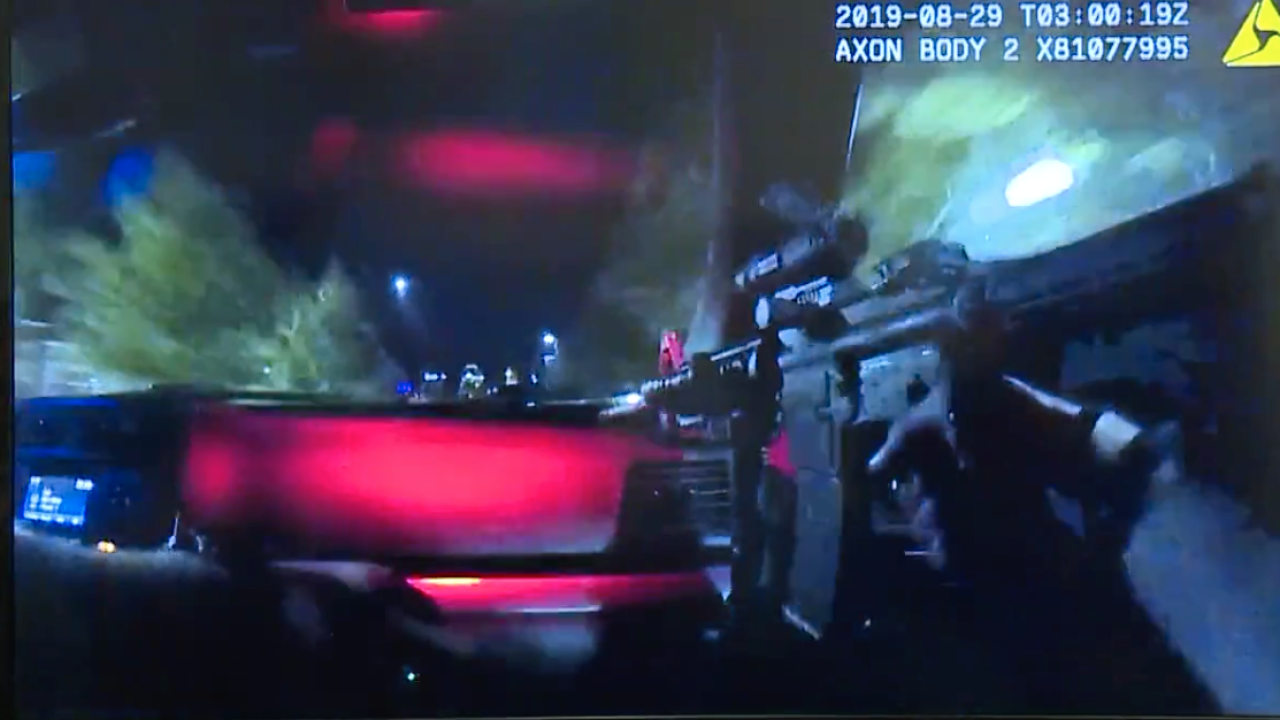 BALTIMORE, Md. — Dramatic body-worn camera video shows moments leading up to the death of the suspect in the police involved shooting that injured an officer on August 28.

Baltimore Police Commissioner Michael Harrison released the footage at a news conference on Friday afternoon. He says the video collected through the body worn camera of an officer and the department's Foxtrot device best depicts what happened during the incident.

The footage shown starts with an officer that was engaged in an incident when he noticed a man was armed with a gun. The officer then proceeded to arm himself while taking cover and approached the suspect before a chase ensued down city streets. The officers in the vehicle called for back up as they chased down the suspects fleeing vehicle.

The video shows an instance in which the suspect exited the vehicle with a gun showing officers that he was armed.

Eventually the suspect vehicle stopped and engaged with officers at the intersection of East Fayette and North Caroline. Police surrounded the vehicle and discharged multiple rounds at the suspect.

"What we can say in this situation is this was an environment where the video clearly depicts he gets out of the car and points a weapon. The officers already recognized him from the day before where there were two dangerous incidents and then he proceeds and there's a second encounter," said Harrison.

An officer was shot and injured as a result of the incident and the suspect, later identified as 30-year-old Tyrone Domingo Banks, was pronounced dead.

It is still unknown at which point the officer was injured.

Harrison says they are investigating the judgment behind the use of firearm and rounds fired at the lone suspect.

WATCH THE RELEASED FOOTAGE BELOW: