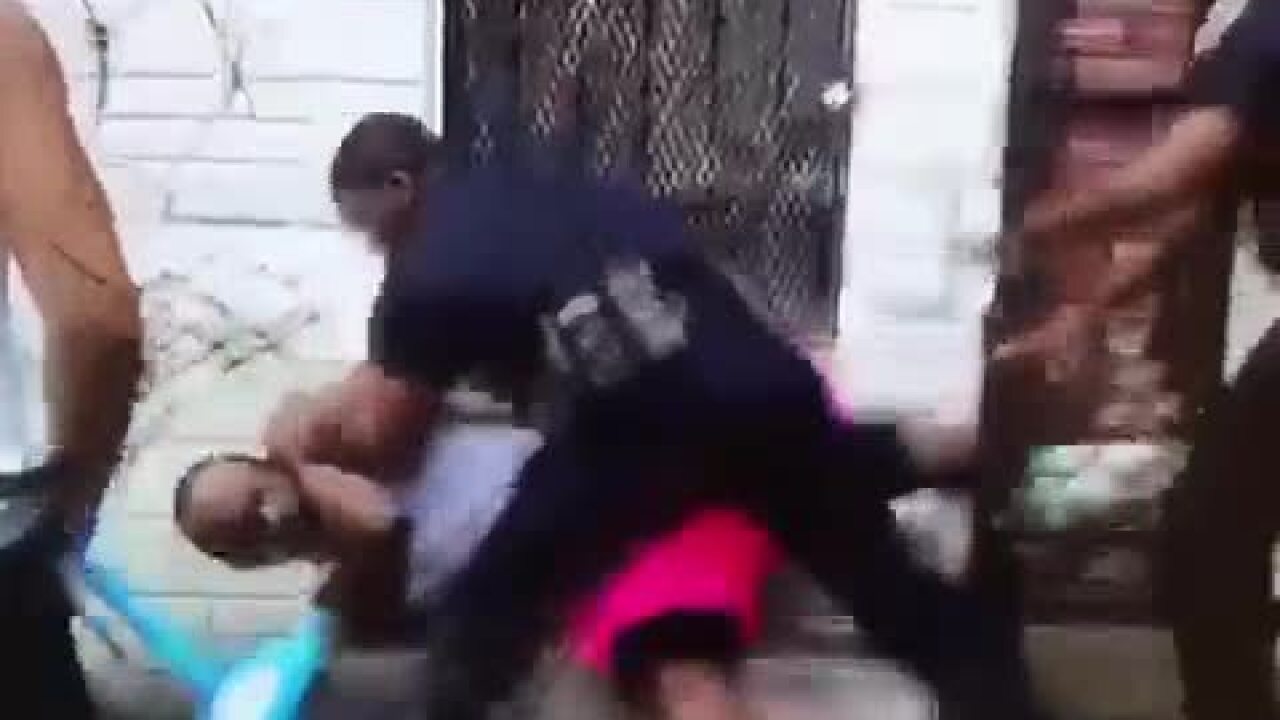 The Baltimore Police Department issued an updated statement that lays out the information that has, so far, been uncovered in regards to Saturday’s viral video.

RELATED: Video of a Baltimore officer repeatedly hitting a man goes viral and leads to suspension

According to the statement, at about 11:45 a.m. officers were working a special cross borders crime initiative in the 2500 block of Monument Street when two officers approached a man, whom one of the officers is familiar with. At the first encounter, officers released him and then approached him again to give him a citizen’s contact sheet. When asked for identification, the situation escalated when he refused.

After the police officer struck the man several times, he was taken into custody and later given medical treatment for the injuries that he sustained.

Almost immediately, the Baltimore Police Department began receiving videos of the confrontation and the Office of Professional Responsibility was immediately called to the area. As a result of the information available, Interim Police Commissioner Gary Tuggle immediately suspended the officer, who has only been a member of the agency for a year. The second officer involved was placed on administrative duties pending the outcome of the investigation.

The State’s Attorney’s Office was also contacted and given information related to this case.

The individual that was approached by the officers was not criminally charged and was released from custody.

They are conducting a thorough investigation and will follow the facts wherever they may lead. However, anyone with additional information or video footage is asked to contact the Office of Professional Responsibility.

“On a day that we graduated future Baltimore police officers, I am deeply concerned by the conduct I witnessed today,” said Interim Baltimore Police Commissioner Gary Tuggle. “While I have an expectation that officers are out of their cars, on foot, and engaging citizens, I expect that it will be done professionally and constitutionally. I have zero tolerance for behavior like I witnessed on the video today. Officers have a responsibility and duty to control their emotions in the most stressful of situations.”