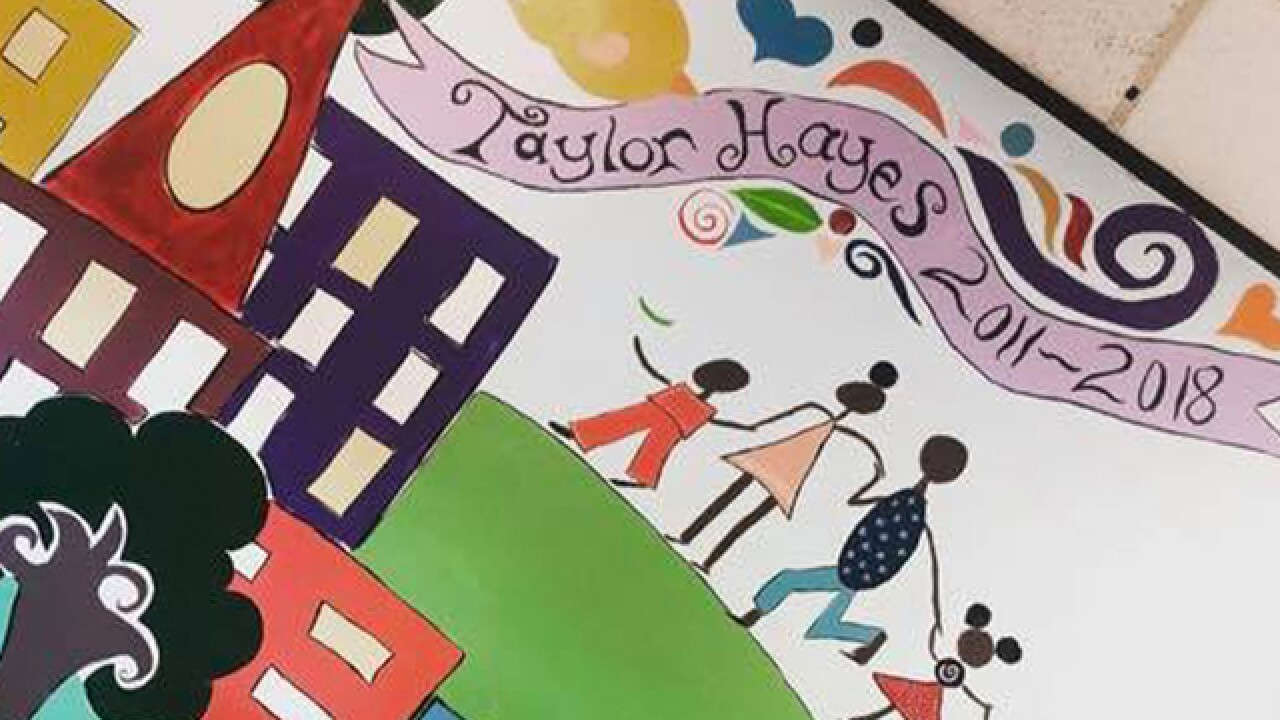 Tuesday morning would have been the first day of school for 7-year-old Taylor Hayes. She would have started second grade this school year.

In remembrance, students, staff, and family members held a special balloon release in her memory at Robert W. Coleman Elementary school in Baltimore.

Inside the walls of the school, a mural to honor Taylor that has her name and the year she was born 2011 and sadly the year she died in 2018.

Hayes was shot while sitting in the backseat of a car on Lyndhurst Street on July 5. She later died two weeks later.

RELATED: Taylor Hayes remembered by family, friends and the community

Her accused killer, Keon Gray has been charged with first-degree murder for her shooting death.