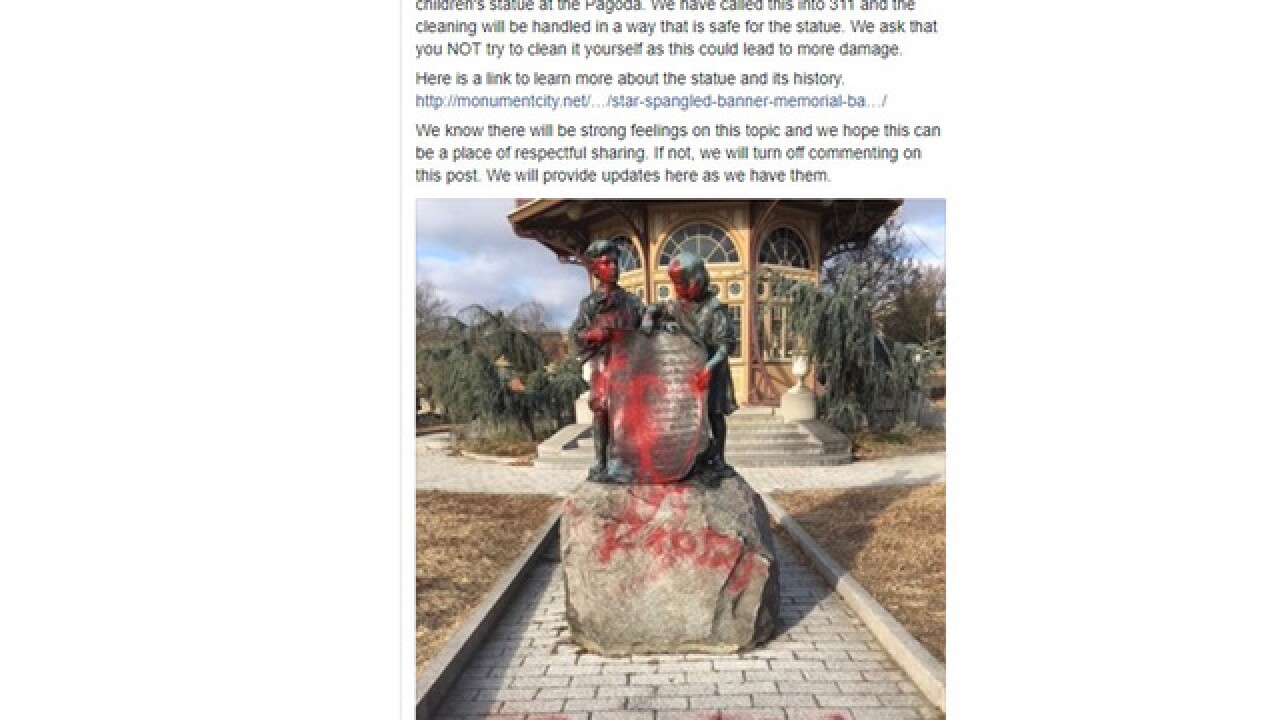 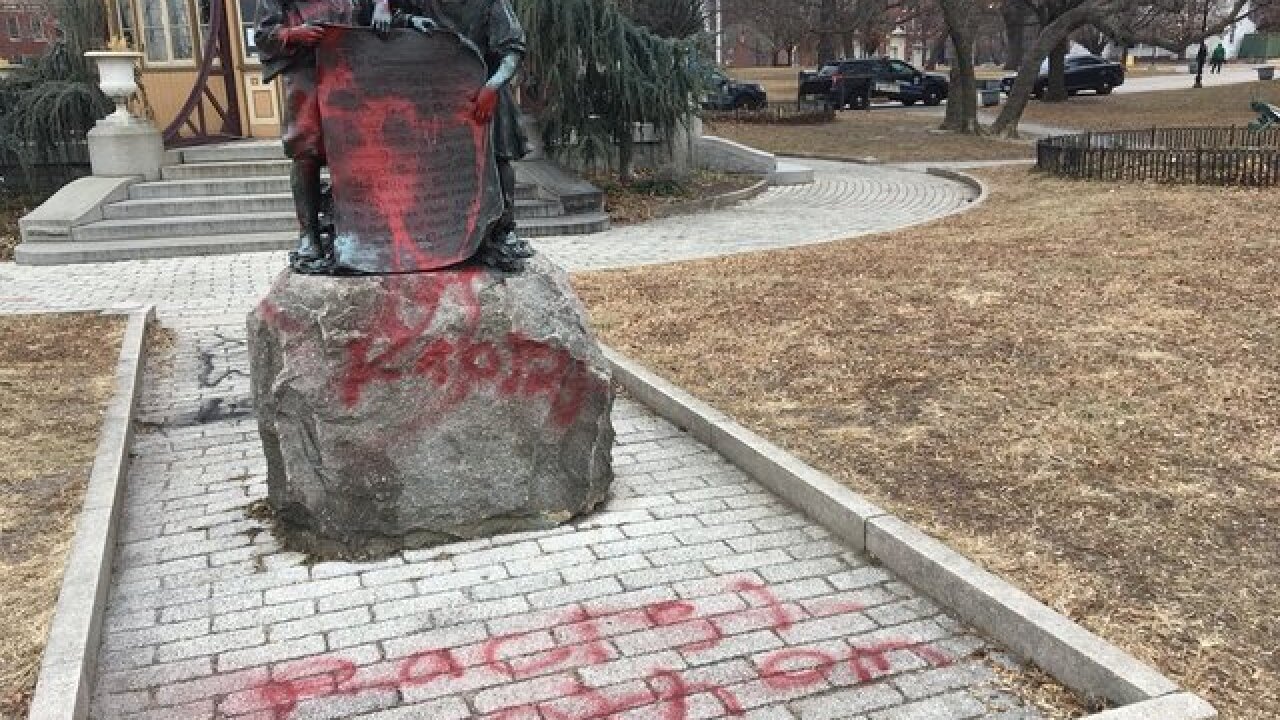 Vandals have struck again – defacing a century-old statue, near the Pagoda, in the middle of Patterson Park early Monday morning.

The value in childhood memories, for Al Braden at least, is priceless.

“I heard it on the radio that they defaced this [statue]. I turned the car right around and had to come over and take pictures of it just to see it, and to see it like this is horrible,” Braden, who grew up down the road from the park, said.

At the time, the statues cost pennies to construct – a cost that was helped paid for by city school children in 1914.

Now the piece is worth more to Al and those who walk through the park.

“There are certainly better ways to relay your thoughts, your passions, your feelings than to deface property like this,” Braden said.

Red splatters stain the statue and the surrounding grounds, also scribbled is the word ‘racist anthem’ and a Soviet Union hammer and sickle – seemingly meant to refute the statue’s commemoration – an ode to the Battle of Baltimore and the genesis of the U.S. national anthem.

“We feel like there are ways to have this conversation and maybe defacing city property isn’t the most productive way to do it. We try to make Patterson Park a welcome and inclusive park for all people in Baltimore,” Jennifer Robinson, the executive director for the group ‘Friends of Patterson Park’ said.

The group linked to a history page about the statute stating it was dedicated in 1914 during a week-long centennial celebration of the War of 1812. The statue shows two school children holding a scroll reading, "To commemorate the centennial of the writing of the Star-Spangled Banner, the pupils of the public schools of Baltimore have erected this memorial upon Hampstead Hill where in September, 1814, the citizen soldiers of Maryland stood ready to sacrifice their lives in defense of their homes and their country.”

The Baltimore City Recreation and Parks Department released the following statement to WMAR:

Baltimore City Recreation and Parks is aware of the vandalism that took place in Patterson Park. As caretakers of the Park, our Parks Maintenance Division is working diligently with the Commission for Historical and Architectural Preservation (CHAP) to assess the damage. We understand the sensitivity of this matter and will work with City Hall and the Friends of Patterson Park to find a solution to this matter.

She was with Baltimore Police as officers began the investigation into who would deface the statue.

It’s the latest in a series of vandalism across the city on statues of the country’s history, Mayor Catherine Pugh calling for the controversial figures to be taken down.

Now Robinson is looking to clean up the mess, but also have some dialogue.

“We have a lot of people that care about this statue and we’re working to make sure it’s done the right way,” she said.

A better way, says Al, than damaging a piece of his and so many others’ memories.

Baltimore Police are investigating. There’s no timetable for how long the ‘Friends’ think it’ll take to clean up the mess.