Acting Commissioner at quadruple shooting on heels of Ceasefire weekend 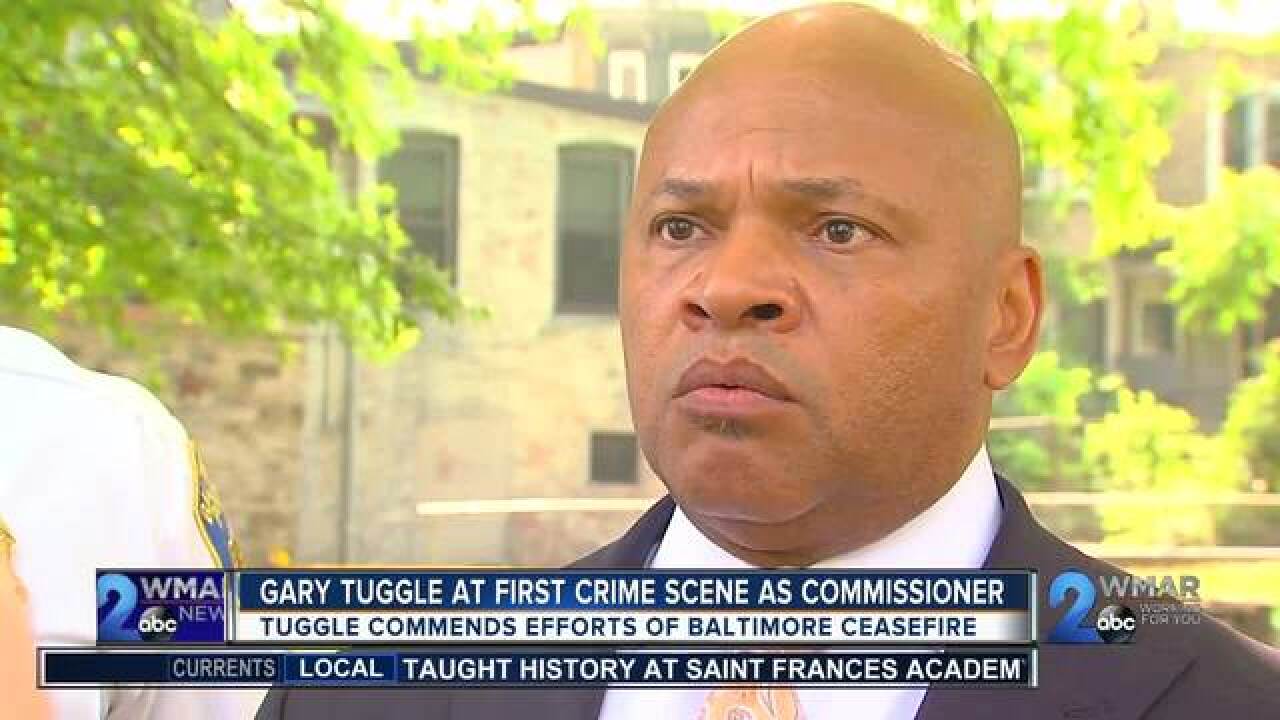 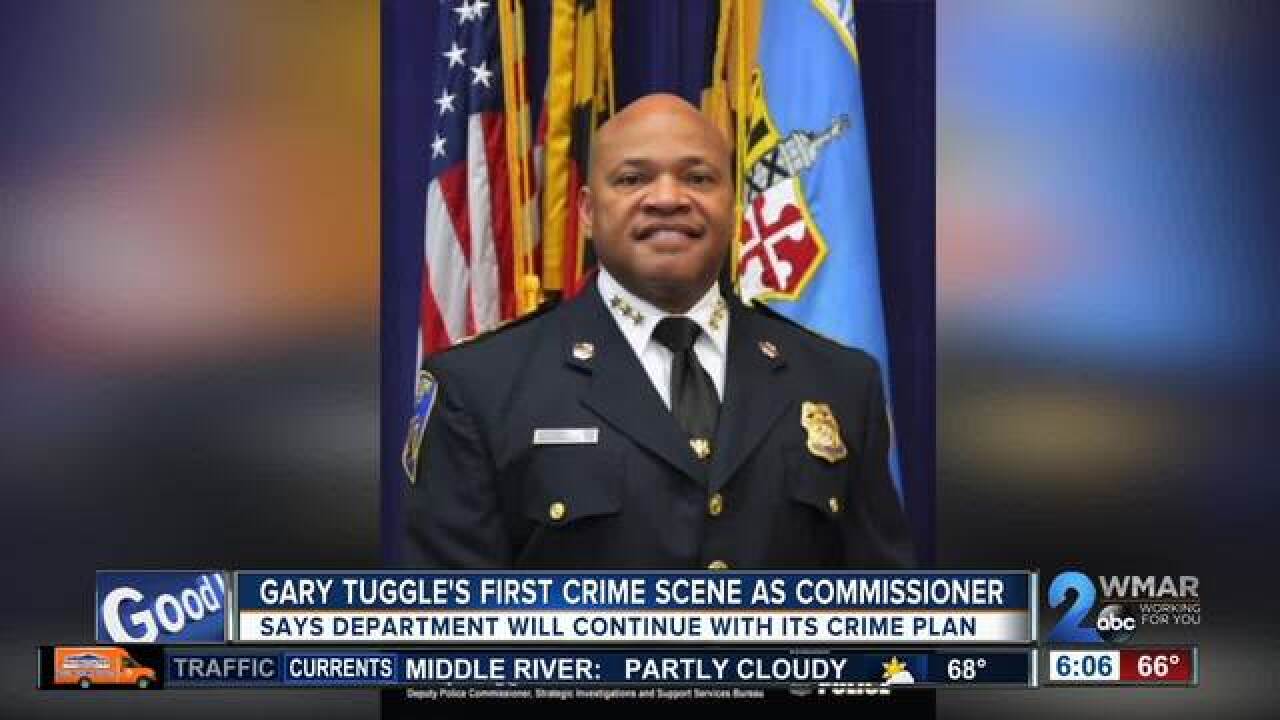 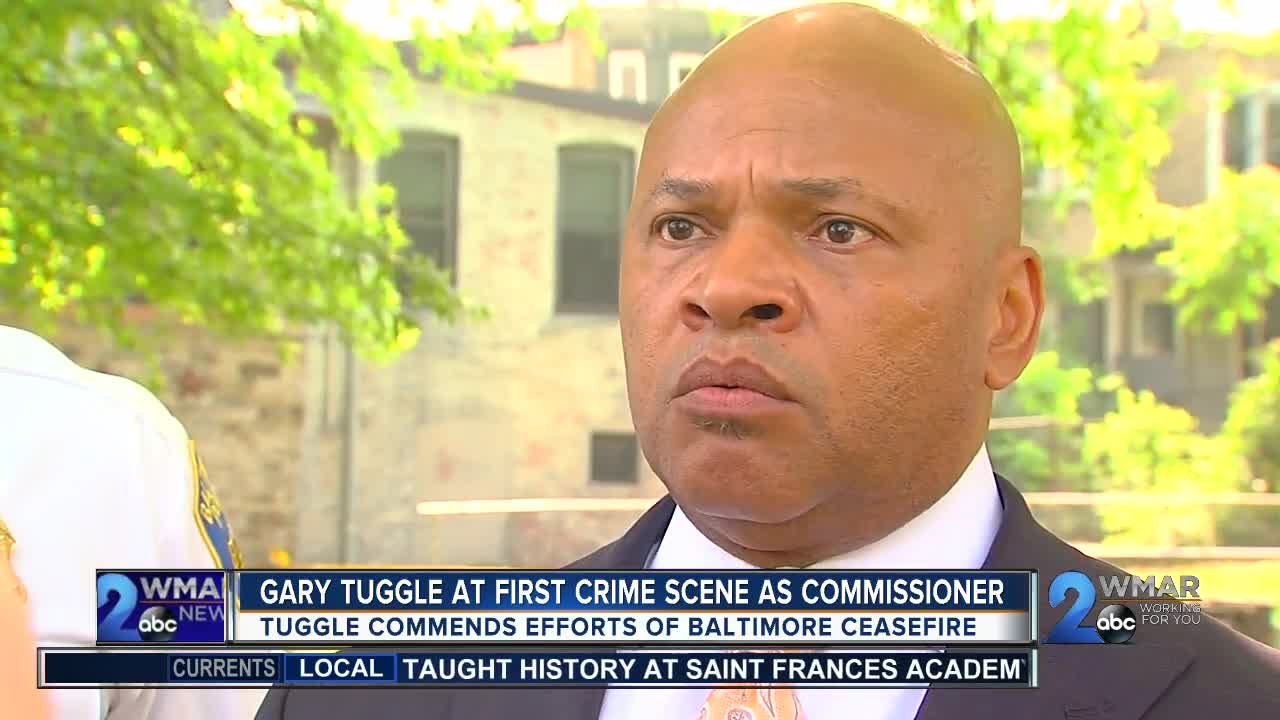 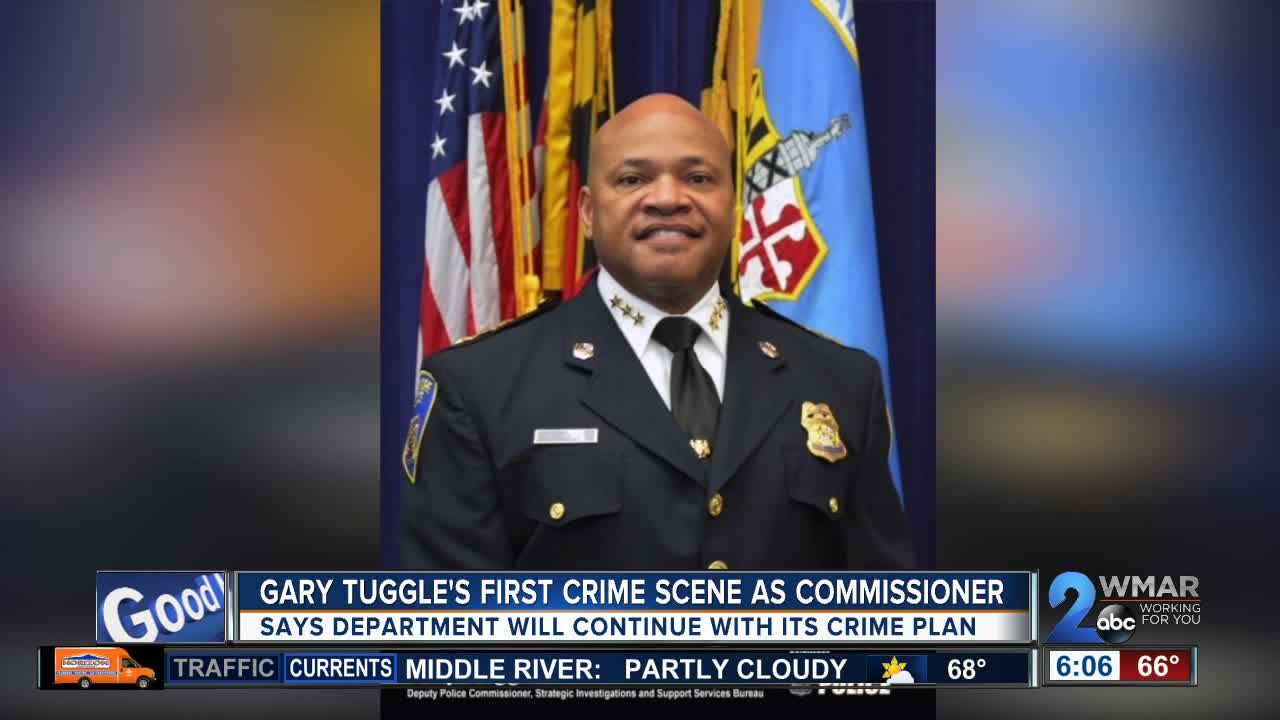 New acting Baltimore Police Commissioner Gary Tuggle made his first appearance at a crime scene in his new position.

He was appointed Commissioner after Darryl De Sousa was suspended with pay on Friday.

Tuggle was born and raised in East Baltimore, and started his career as a Baltimore City Police Officer and spent many years at the DEA.

For the start of his first full week on the job, Tuggle was at the sight of a quadruple shooting in West Baltimore.

His message was that the department will stay the course despite the change at the top.

“The priority is just keeping our continuity. We’re laser-focused on the mission at this point,” Tuggle said. “We want to get it done. Over the weekend we’ve shown that it was relativity quite that was due in part to the Ceasefire effort.”

After hosting 48 events across the city to promote peace and light, the group held a “Sacred 7” even that they do at the sight of every murder in the city.

This one was for 36-year-old Ryan Dorsey who was shot and killed in April.

Erricka Bridgeford is the face of Baltimore Ceasefire, and she was proud of everyone in the city for holding the peace for 72 hours from Thursday at midnight to Sunday at midnight.

“People promise “Oh we’re going to keep it safe around here, no violence even happens in their neighborhoods. Not just no murders, no violence because people honor it. The same people who you think are savages they honor the ceasefire because they want a break. They don’t want to go to their homeboys funeral, they don’t want to have to watch their back. They like that the rest of the city cares enough that they don’t die at least one weekend.”

Tuggle said one of the big things he brings to the position is his knowledge of how the city and its people work.

“Born and raised on the east side of Baltimore so I understand some of the crime problems,” Tuggle said. “Growing up in that area it was very much like other places in the city that had crime. I think my overall experience will be a benefit.”

We asked the Mayor's office on the future of Darryl De Sousa, how his suspension will actually work and if Mayor Pugh sees him as a viable option to return as commissioner, but we have yet to receive a response.