7 YEARS LATER: Woman shot and paralyzed in 2012 dies from injuries 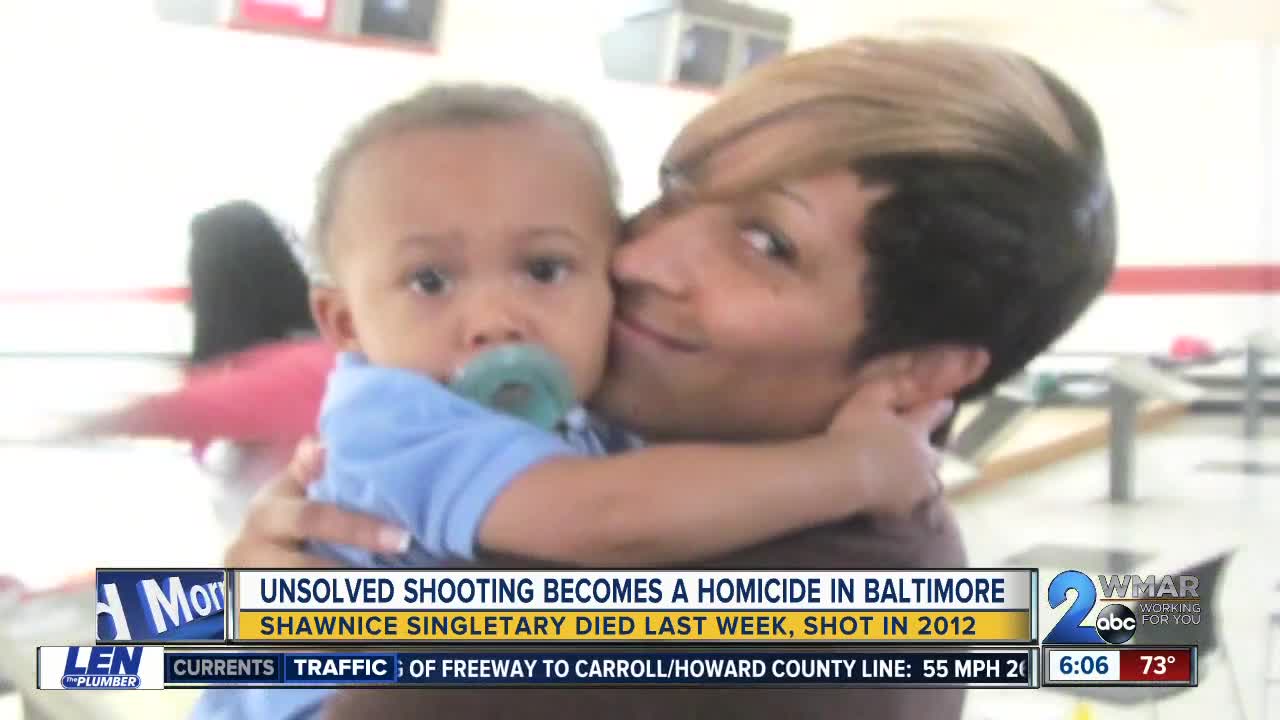 Shawnice Singletary was a victim of a shooting at Northern Parkway and Moyer Avenue on the day before Mothers Day, 2012.

She was shot once in the jaw and twice in the shoulder as she sat at the red light in her car.

The police report from back then says the other car then made a U-turn and took off west; they never found the shooter.

Shawnice survived that shooting but was paralyzed from the neck down.

WMAR 2-News followed her story as she rehabbed and received, at the time, a cutting-edge computer to help her communicate with her family.

Despite what happened to her, she was happy to be with her three children and their children.

"I don’t have use of my legs or anything but, I'm glad I am still alive,” Singletary told our Christian Schaffer at the time. “I'm still here."

Today, her oldest daughter Shakilya McConneaughey teared up at the memory.

"I am very grateful for the time I had left with my mother."

"Her spirit never changed and that was the best part about her because even though I might have felt a little down at times looking at my mom, the way she was, she never looked at it like that. She was just, always happy."

43-year-old Shawnice Singletary succumbed from her original injuries last week, her funeral and burial scheduled for this weekend.

Singletary's case now goes from a seven-year-old unsolved nonfatal shooting -- to a homicide.

Her family tells us she always wondered about who shot her and now, they won’t rest until her children know, who killed her.

"Someone knows something,” Shakilya said. “I just need them to come forward with the name. That way we can find out, detectives can investigate and bring justice for my mom."

If you do know anything that can bring any closure to the last seven years of this family's struggle...call Crime Stoppers at 1-866-7-LOCKUP