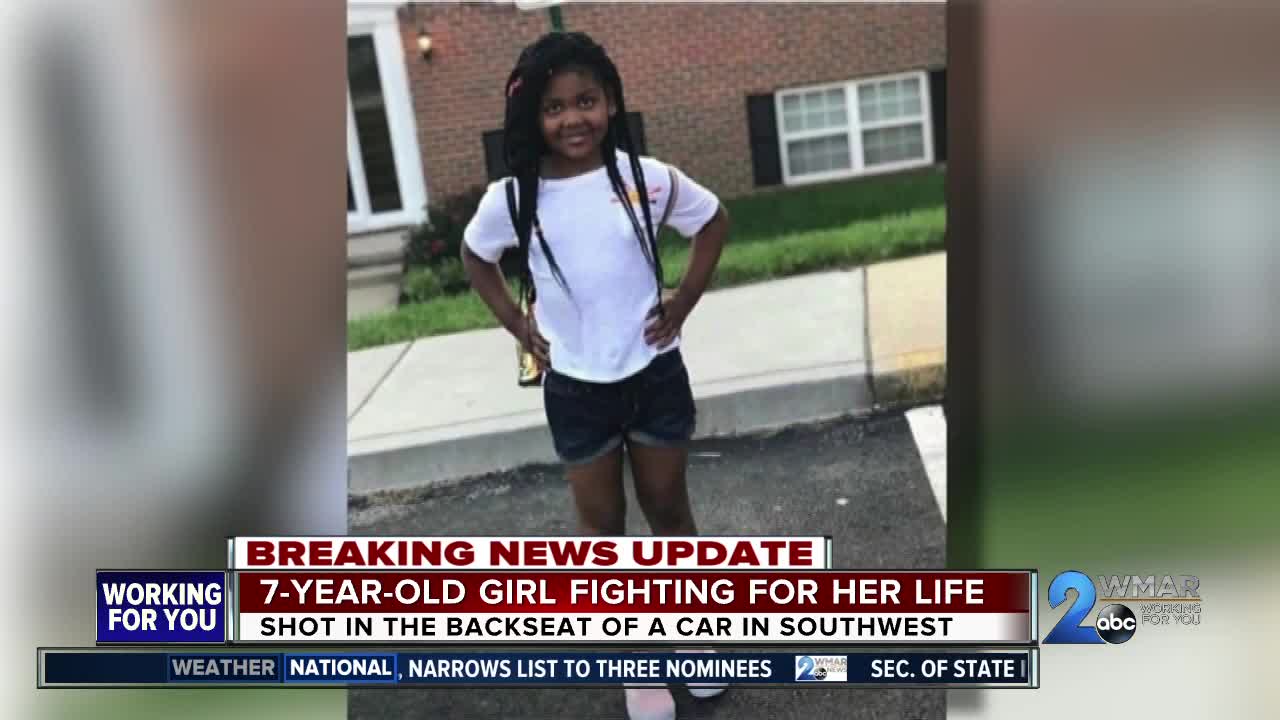 7-year-old girl fighting for her life 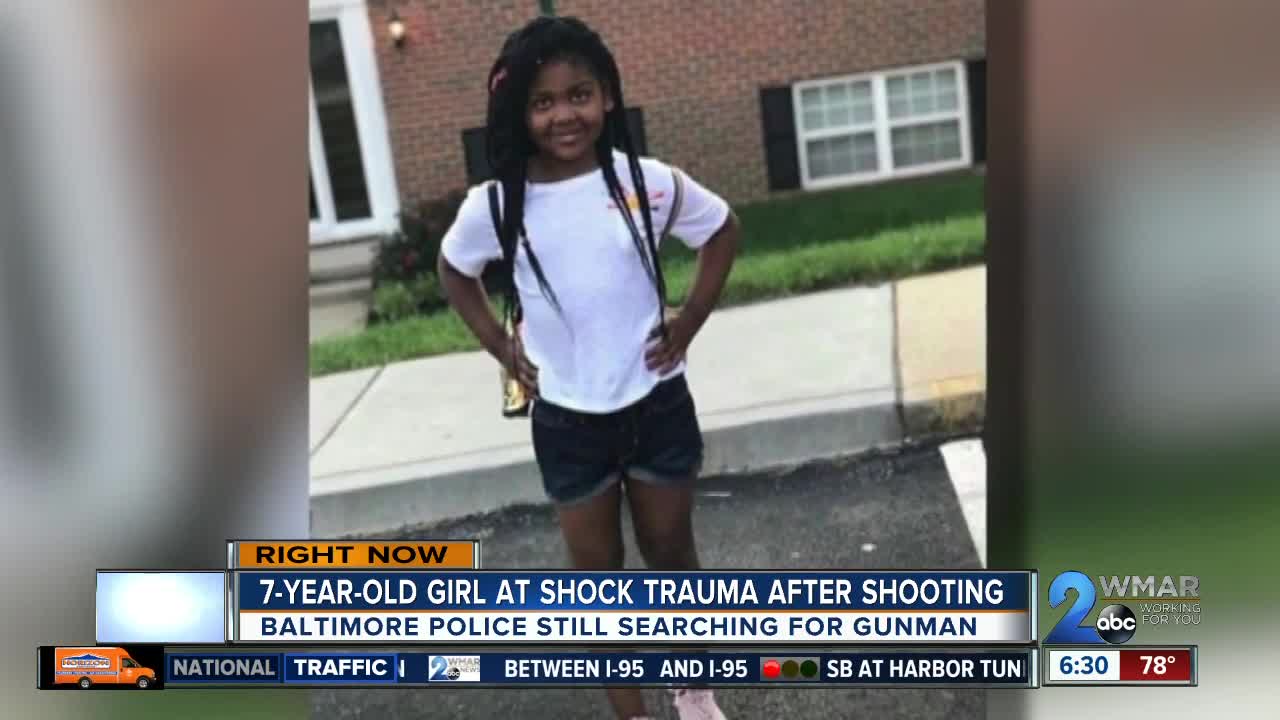 A 7-year-old girl was shot and badly injured in a Southwest neighborhood Thursday afternoon. Residents are fed up and police are looking for the person who did it.

Family members tell WMAR 2 News that little girl’s name is Taylor.  She was just sitting in the backseat of a car when a bullet struck her and left her in critical condition.

"I'm glad it’s not my little niece or daughter, they just got to stay out the way.  it’s sad to hear, real sad to hear," said resident Savon St. Thomas.

Residents who live in the Southwest neighborhood were shocked and worried to hear the news.  Police say someone shot into a blue Honda and struck the 7-year-old in the process.

"I’m not here to spray paint no shoot zone this time.  Like the officer said now it’s time for the bad guys to come together," said activist and father, Tyree Moorehead.

Come together to catch who did this.

"There’s a coward in the neighborhood behind me who thought is was okay to get involved with some sort of shooting incident and this vehicle was struck," Chief T.J. Smith of the Baltimore Police Department.

The shooting happened in the 500 block of Lyndhurst Street, the car, after being shot at ended up at Edmondson and Loudon Avenues.

"She was not in a gang, she was not disrespecting no one she was sitting in the backseat of a car and she’s fighting for her life right now, so I want everyone to pray for her," said Moorehead.

Investigators told WMAR 2 News that a witness ran to a nearby police officer who was able to get the child transported to the hospital.

"Give us some details; What did these guys look like, What was going on? What type of argument could there have been? Smith said at a news conference Thursday.

She was in critical condition and unstable when she arrived at Shock Trauma.

"I have a daughter.  that could’ve been my daughter minding her business sitting in the back of a car that has nothing to do with it," said Moorehead.

This particular Southwest neighborhood is no stranger to crime. Earlier Thursday, around 3 a.m, along the 500 block of Denision Street, a man was shot and killed.  In fact, there have been a number of deadly shootings in the area this year alone.

Police aren’t sure if this was a targeted shooting.  They’re asking for any information that could lead to who shot this little girl.

Call police or Metro Crime Stoppers at 1-866-7-LOCKUP with tips or information.