264 violent offenders arrested in a month

Part of an operation to reduce crime in Baltimore City 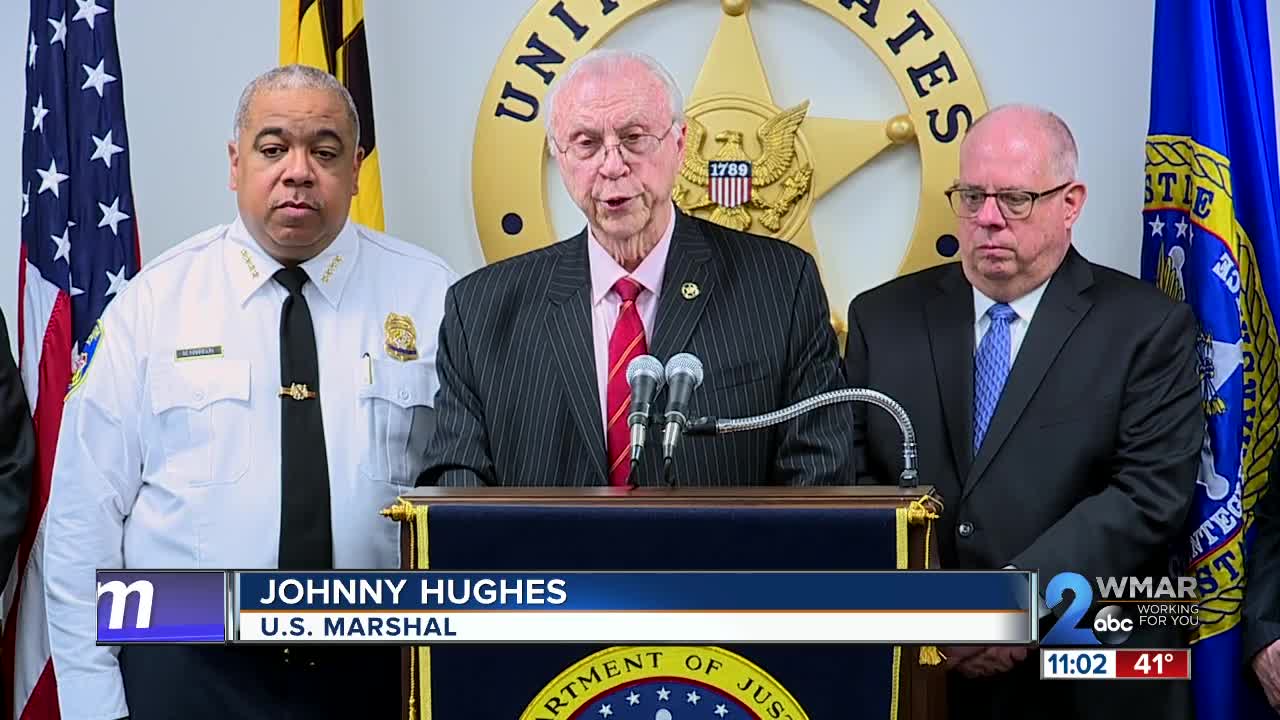 "If violent crime is the life you choose then prison will certainly be the price you pay," said BPD Commissioner Michael Harrison.

Governor Larry Hogan, joined by the U.S. Marshal for Maryland among other partners, announced the arrest of 264 violent offenders from February 11 to March 21. It's the end of a successful joint operation Hogan requested to target the most violent fugitives and repeat offenders in the Baltimore City area, called Operation Seven Sentinels. 25 of the people arrested were homicide or attempted homicide arrests and 86 were arrested for assault or aggravated assault.

"We’re talking about taking our communities back and saving lives," said Governor Hogan.

"The violent offenders who were caught by Operation Seven Sentinels make up a small percentage of our community but are responsible for a significant amount of violent crime, and we should all feel a little safer now that they’re off the streets," said Harrison.

The operation also led to the arrest of suspects involved in two homicides, the recovering of endangered children, seizure of several weapons, drugs and U.S. currency, the identification of dozens of street gang members and the dismantling of a commercial theft ring.

"It does my heart good to arrest these despicable individuals who prey on the helpless and the innocent," said U.S. Marshal Johnny Hughes. "Last year when we did this governor's initiative to suppress crime in Baltimore City, the bad guys that we didn't arrest got out of dodge and we didn't have a homicide here for 19 days."

Officials say those arrested met one or more of the following offenses:

"I'm thankful that they're making the necessary steps so perhaps the communities can stat healing... but I'm very upset that it has taken so long," said Daphne Alston, founder of Mothers of Murdered Sons and Daughters United.

She also questions what's next for these offenders now that they are off the streets.

"Are they gonna be able to keep them off? And if not, are they going to make sure they get in some programs or make them stay somewhere until they get an education and get themselves together?" said Alston.

Governor Hogan made it clear Wednesday that this is one of his priorities.

"According to the Baltimore City Police Department, 60% of those convicted of gun crimes in the city do not serve any serious time. They are simply released back onto the streets to commit violent felonies again and again. This is not and should not be acceptable to anybody," said Governor Hogan. "If you can’t keep those most violent felons off the streets and they just keep coming back. It’s like digging in the sand; it keeps filling back in again."

They still have over 130 warrants out of the arrest of violent offenders. They made it clear this isn't the end of the joint efforts to attack crime. There will be other initiatives throughout the year.