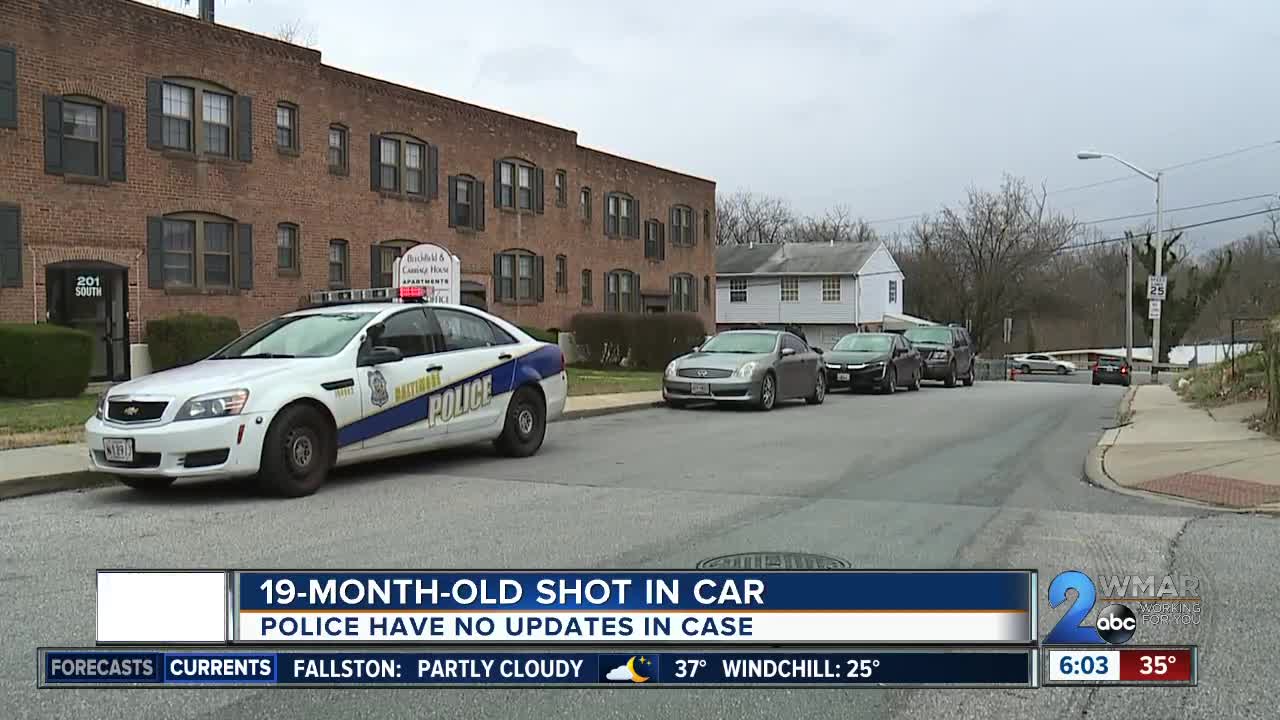 BALTIMORE (WMAR) — Vivian Nealy still keeps watch over the corner of McKean and Mosher from her bay window, still looks out onto the spot in West Baltimore where her 5-year-old great grandbaby was shot late last year.

But Nealy says Amy Hayes is doing well and is finally supposed to be released from the hospital next week after nearly two months.

“I know I am gonna be glad to see her,” the great grandmother said, “happy to see her.”

This family knows all too well the callousness of crossfire.

Amy is coming home but her sister Taylor did not...shot through the back seat of a car and killed in July.

And now — again, more bullets flying, this time in southwest, this time striking a 19-month-old while in a car with a 21-year-old who was also shot.

And so now it is time for neighbors at Beechfield and Frederick Avenue to pray as their neighborhood becomes the scene of the third child to be shot in six months.

More than a day later and we don't know the condition of the child or the 21-year-old...or even anything about the circumstances.

Baltimore Police did not provide any further information and declined interviews today.

But Hayes' family already knows the script, police say there has been no arrest in Amy's case either.

“When is it gonna stop?” questioned Nealy, “I mean, I don't know. I don't even have words. Ain’t no words.”

No words as yet another young child in Baltimore is caught in crossfire.