13 shootings, 4 murders over the course of one weekend in Baltimore 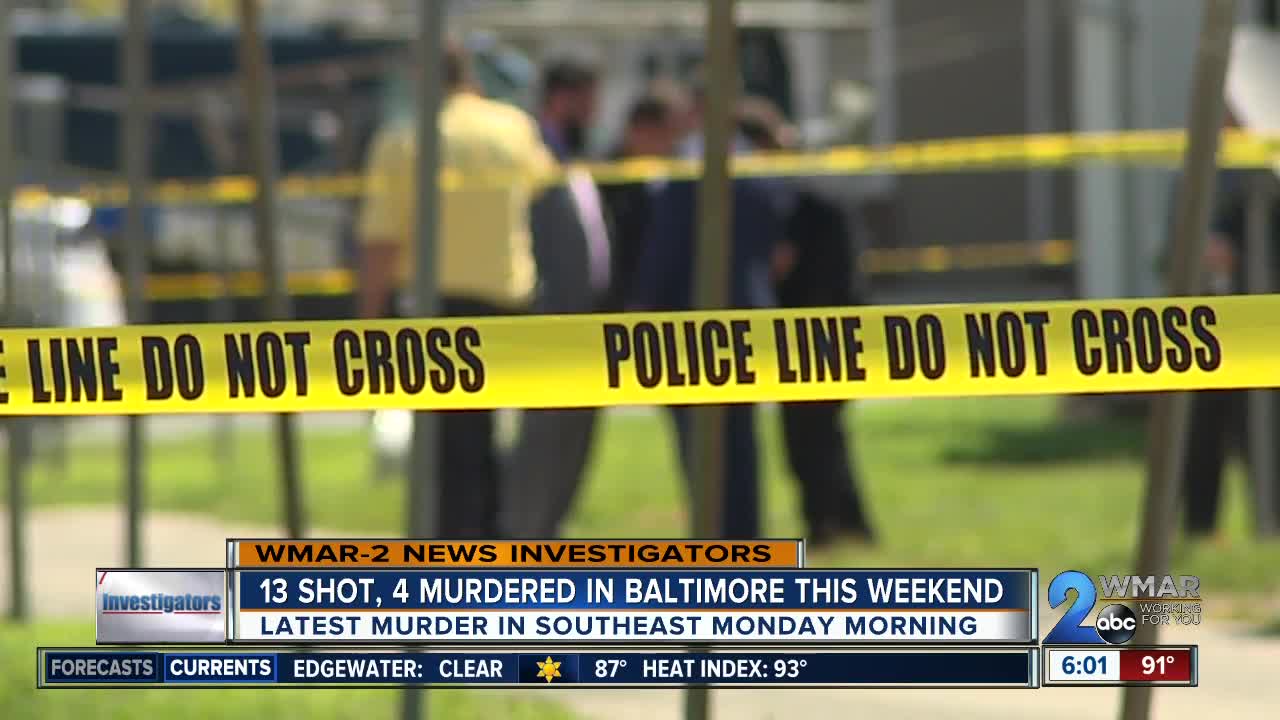 BALTIMORE — After being shot during a robbery while off duty on Thursday, Sergeant Isaac Carrington is recuperating.

He was strong enough this weekend to record a video message to his fellow officers with the help of Commissioner Michael Harrison.

"Isaac go ahead, say what you wanna say,” Harrison says in the video.

It's a silver lining in what has otherwise been a spate of violent crime since the sergeant was shot last Thursday.

The latest sounds of soul shuddering grief came on the Southeast side of the city late Monday morning.

Baltimore police say a man was shot and killed in the alley behind Shipview Way just before 11 o'clock.

It was a scene that capped off a violent few days that racked up four other murders.

A 17-year-old was killed on Eirman Avenue in Northwest Baltimore Sunday, one of two just yesterday when another man was shot and killed right in front of Lexington Market on Eutaw Street.

13 other people were also shot over the weekend.

Two Baltimore Police detectives were back on Rose street just north of Monument Monday afternoon, canvassing to piece together two different shootings within just three hours on this one block last night.

On the city's Southwest side Friday night -- a triple shooting on South Franklintown Road where a 15-year-old was struck while sitting on a porch in this block.

The Baltimore Police Department declined to comment on any of these shootings or murders today but ever since Friday, Governor Larry Hogan has been tweeting -- calling on city and state leaders to impose mandatory sentences for those committing violent crimes with guns.

It is a message he's been pushing since at least June when he said the following at an unrelated event in West Baltimore.

"Baltimore City Police Department says that 60 percent of the people who are convicted of committing felonies with a gun do not do any serious jail time, one of my biggest concerns,” Hogan said. “We submitted legislation to do something about that and the legislature refused to pass it so, it makes it difficult."