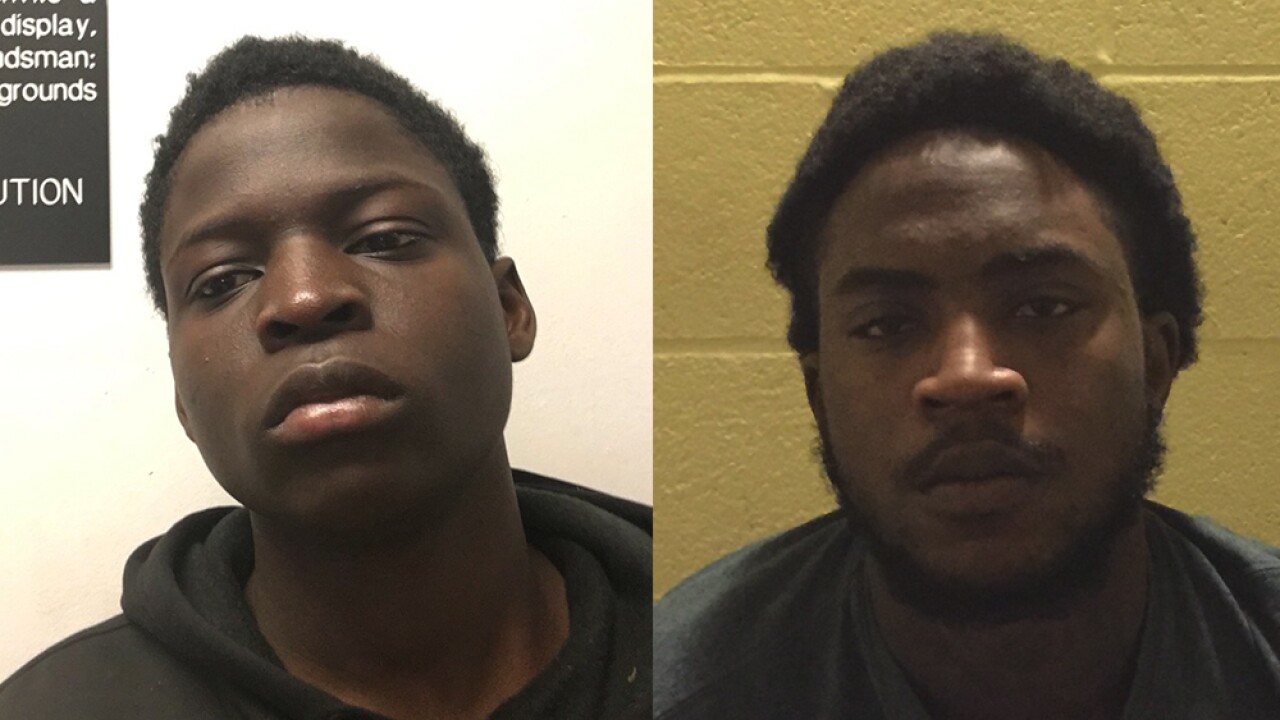 Friday morning around 2 a.m., police say a trooper from the Glen Burnie Barrack tried to stop a white Mazda, driven by Keene, after witnessing multiple traffic violations in the area of Old Stage Road and Hiddenbrook Drive in Glen Burnie. But when the trooper tried to make the car pull over, the car, which was reported stolen in Anne Arundel County, sped off and tried to get away from the trooper.

The trooper continued to pursue the car, which eventually stopped in the area of Faywood Court and Faywood Avenue. As the car came to a stop, police say they saw three men running away.

As the suspects ran away, the car continued to roll uncontrolled and hit two unoccupied cars.

Anne Arundel County Police then got to the scene and were able to help find the suspects with the help of K-9 officers. The K-9s led them to a marsh area near the intersection of Rt. 10 and Mountain Road where they found Sohna and Keene running away.

Both were arrested and during an investigation police discovered Sohna had outstanding warrants against him, including for burglary, first-degree theft, and malicious destruction of property and unlawful use of credit cards.