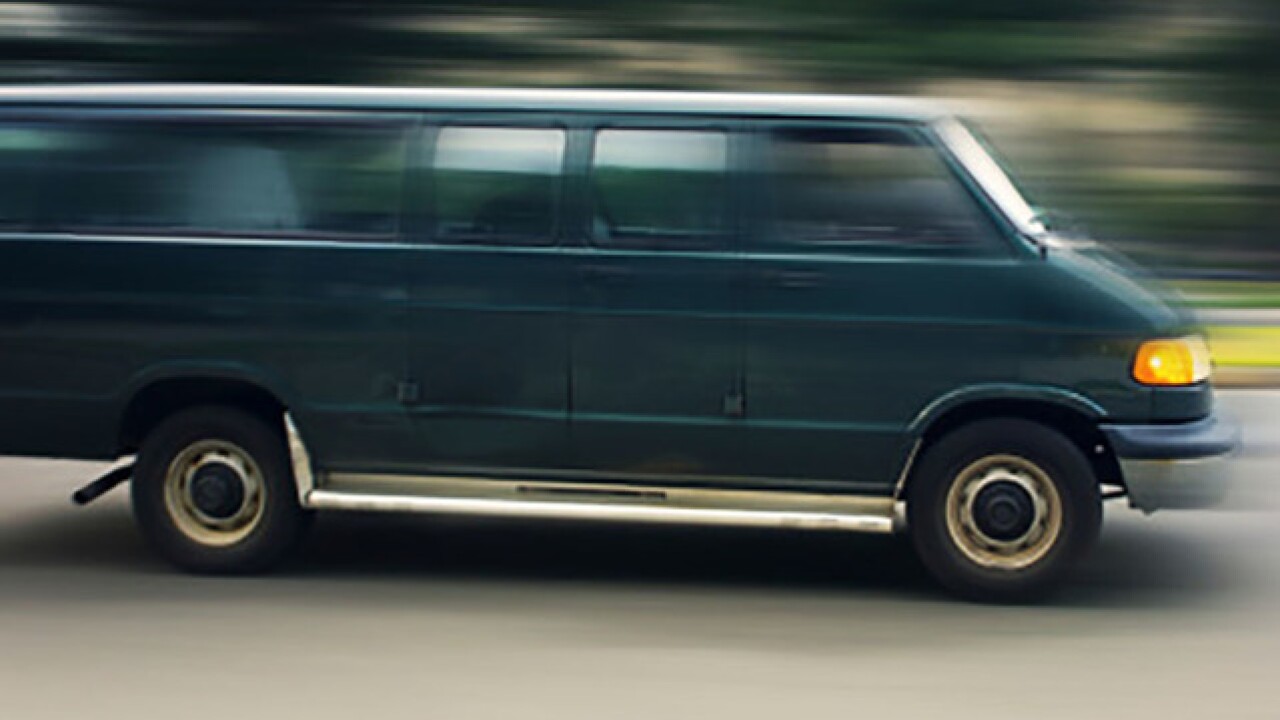 Police say shortly before 9 p.m. Monday, a trooper from the Annapolis Barrack saw a Residence Inn/Marriot Hotel shuttle van driving in a "dangerous manner," weaving back and forth across lanes on southbound Route 97 near Crownsville. The trooper turned on his lights and initiated a stop. The van did not stop, and the trooper alerted his barrack, initiating a low-speed pursuit where the shuttle drove at roughly 30 mph on I-97 South, continuing to weave from the left to right shoulder of the road.

When the pursuit got to Route 50, the trooper was able to get in front of the van at the Severn River Bridge, deploying "stop sticks" that disabled the tires on the shuttle's left side. The van slowed to 5 mph but continued across the Severn River Bridge, eventually turning onto Route 450 and continuing past the World War II Memorial and over the Naval Academy Bridge.

The van eventually became disabled on Monterey Avenue while driving down Annapolis Street. At this point, the shuttle had been reported stolen. A 90 minute standoff ensued before the driver left the van and surrendered to police.

The driver, a 25-year-old Rockville man named David Antonio Diaz, is charged with unauthorized use of a motor vehicle, theft of cellphones and money, first-degree assault, second-degree assault, attempting to elude uniformed police by failing to stop, attempting to elude police in an official police vehicle by failing to stop, driving on a suspended license, driving on a suspended licenses under certain provisions, reckless driving, negligent driving, willfully driving at a slow speed impeding traffic and unsafe lane change.

Diaz had been reported missing in Montgomery County. He was taken to the Annapolis Commissioner's Office where he was charged and eventually released on his own recognizance.