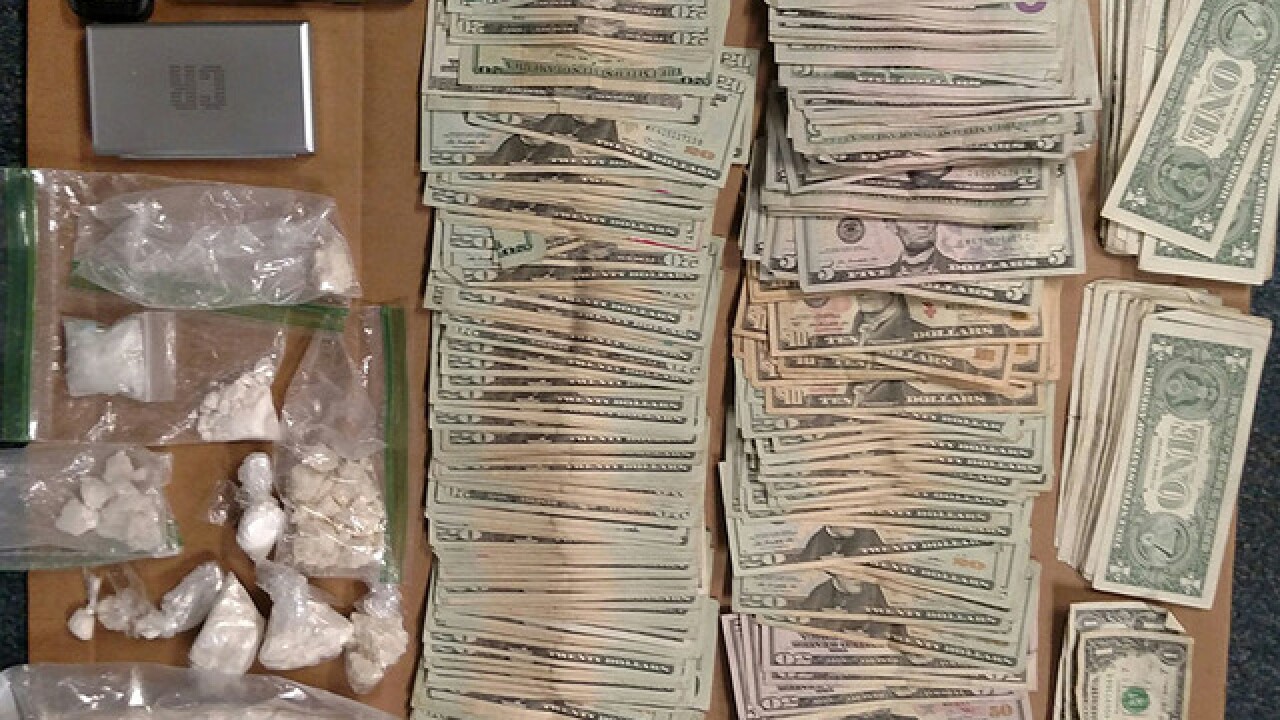 Copyright 2018 Scripps Media, Inc. All rights reserved. This material may not be published, broadcast, rewritten, or redistributed.
<p>Anne Arundel County Police found 429 grams of cocaine and more than $6,000 in cash during a traffic stop on I-97 North. <em>(Photo courtesy of Baltimore County Police)</em></p>

A Baltimore man was arrested after police found more than 400 grams of cocaine and a large sum of cash in his car during a traffic stop on I-97, Anne Arundel County Police said.

David Anthony Stewart, 35, of the 1600 block of Kingsway Road was charged with possession of cocaine, and possession with intent ot distribute cocaine.

Anne Arundel County Police say a Northern District Tactical Patrol Unit was conducting surveillance in the area of B&A Boulevard and Ferndale Road around 11:30 p.m. Monday. Detectives saw a hand-to-hand drug buy between a person and someone in a GMC truck.

Police followed the truck as it drove on I-97 North, stopping it before the I-695 interchange. After a K9 unit affirmed the potential presence of a controlled dangerous substance, the truck was searched.

Police found 429 grams of cocaine and $6,623 in cash in the truck, prompting the arrest.