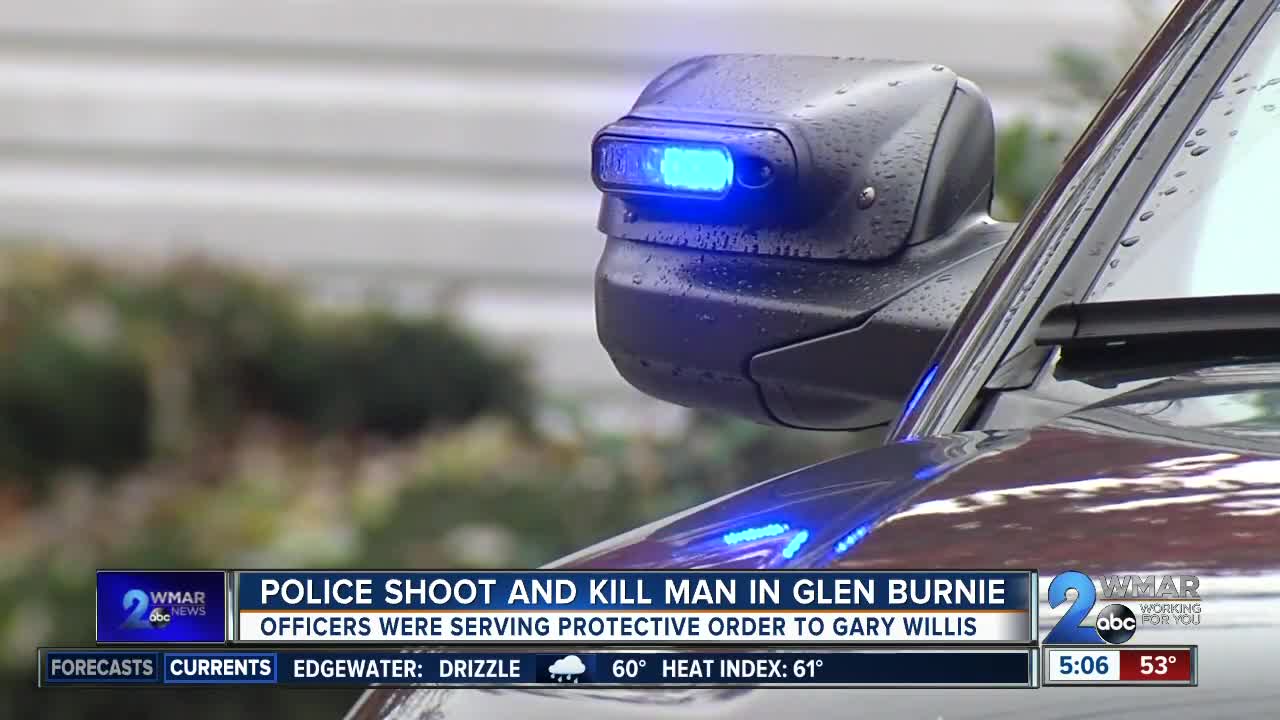 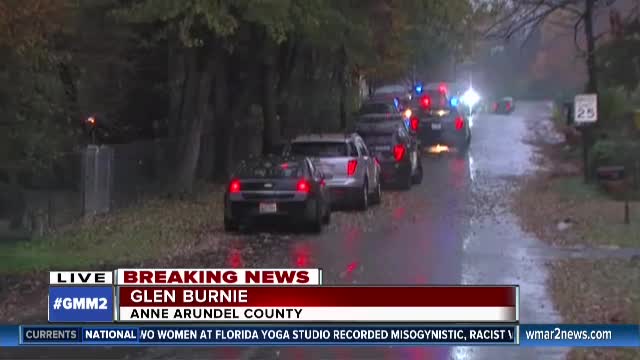 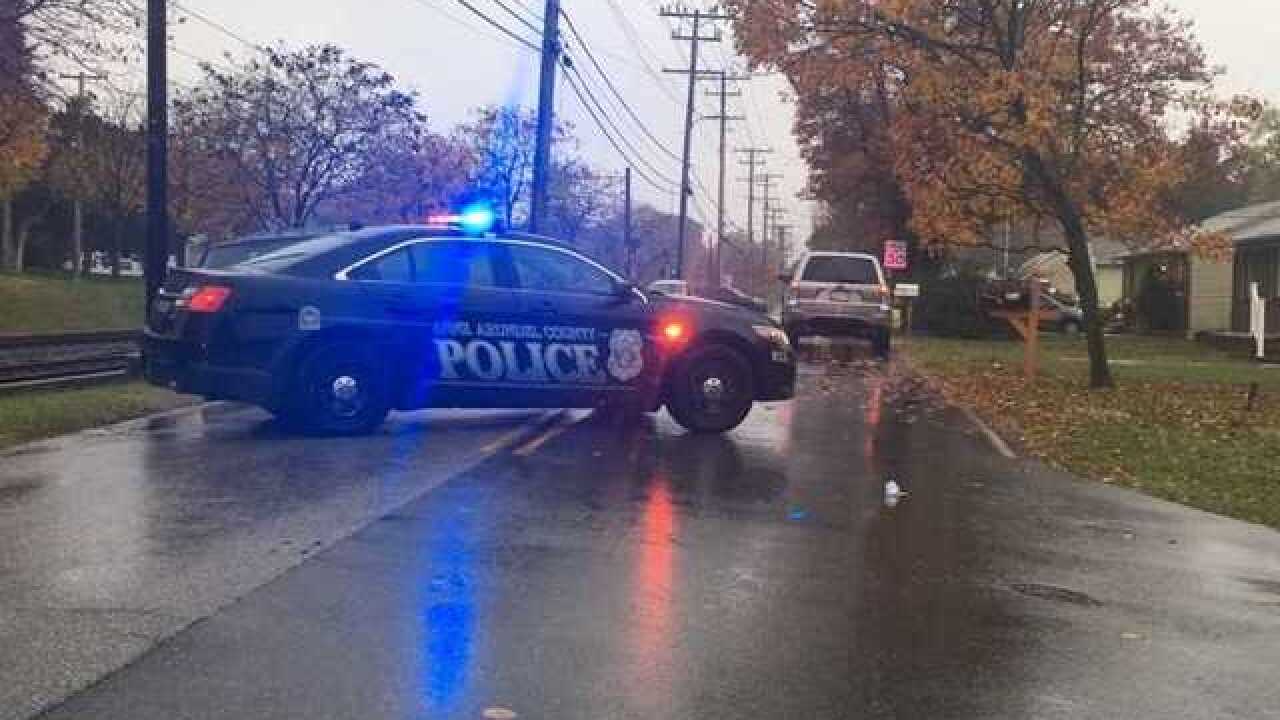 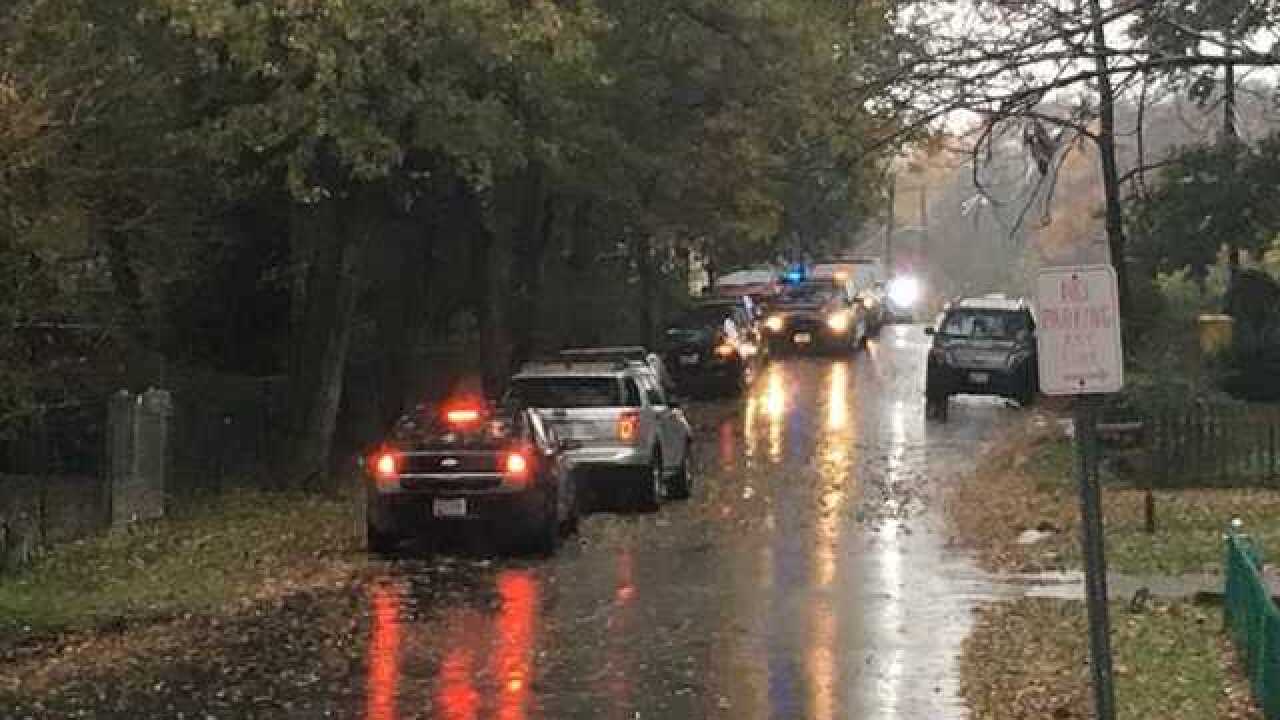 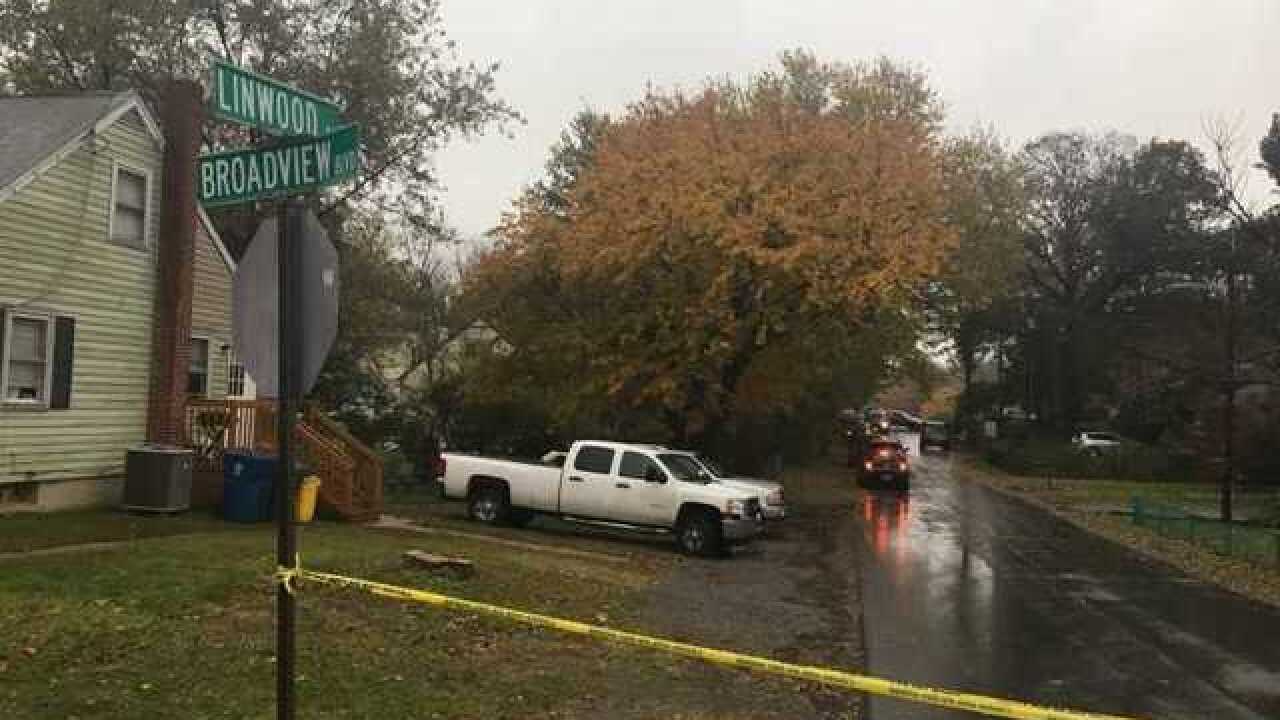 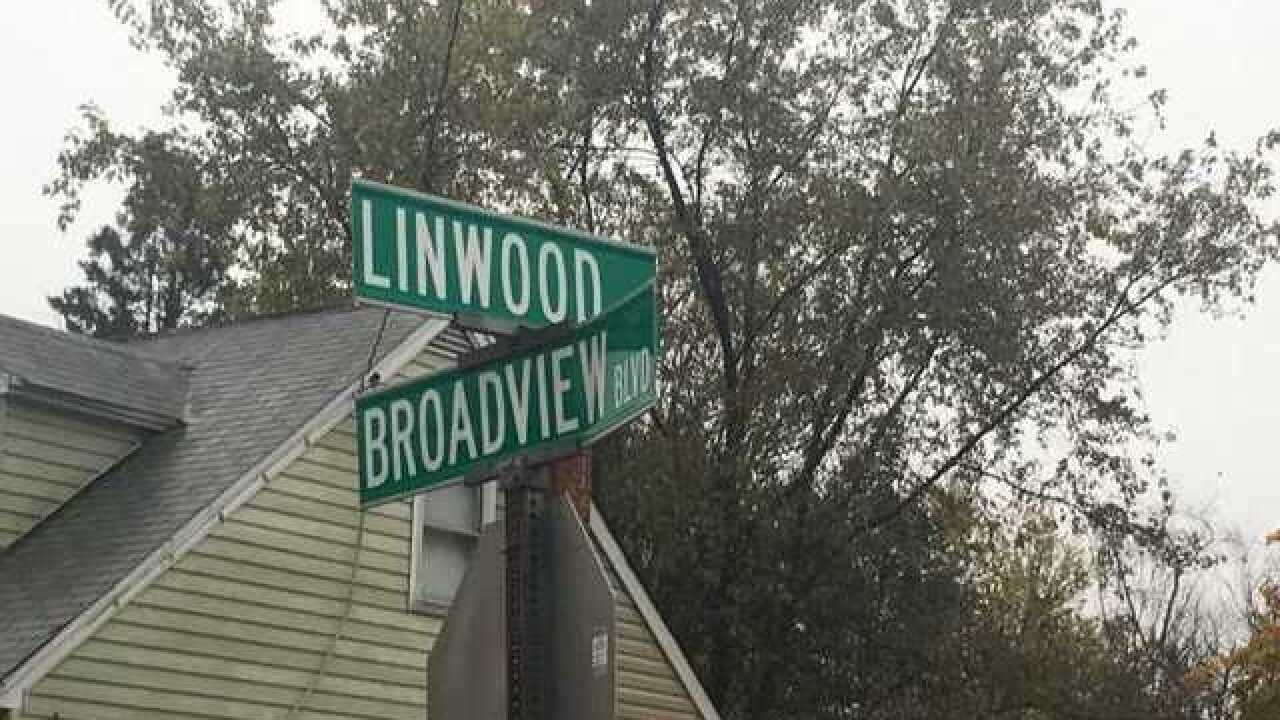 Police say the shooting happened in the 100 block of Linwood Ave in Glen Burnie around 5:17 a.m. when two officers were serving an Extreme Risk Protective Order related to the Red Flag Law for Gary J. Willis.

The Red Flag Law allows family members or law enforcement to restrict certain people's access to firearms when they show 'red flags' that they are a danger to themselves or others.

CLICK HERE TO SEE MORE PICTURES FROM THE SCENE

When the officers got to the house, Willis answered the door with a gun in his hand. Officers say he put the gun down next to the door, but when the officers tried to serve Willis with the order, he became irate and grabbed the gun.

One of the officers tried to take the gun away from Willis when he fired it, and another officer fired their gun at Willis, killing him.

Willis' body was taken to the Chief Medical Examiner for an autopsy.

Both officers who responded are not injured. They have been identified as Corporal J. Hooper and Police First Class G. Zawodny who are both five-year veterans of the force. Both officers have been put on administrative leave per department policy.

This is an active and ongoing investigation. Anyone with information regarding this incident is asked to contact the Homicide Unit at 410-222-4731.  Callers wishing to remain anonymous are asked to call the Tip Line at 410-222-4700.