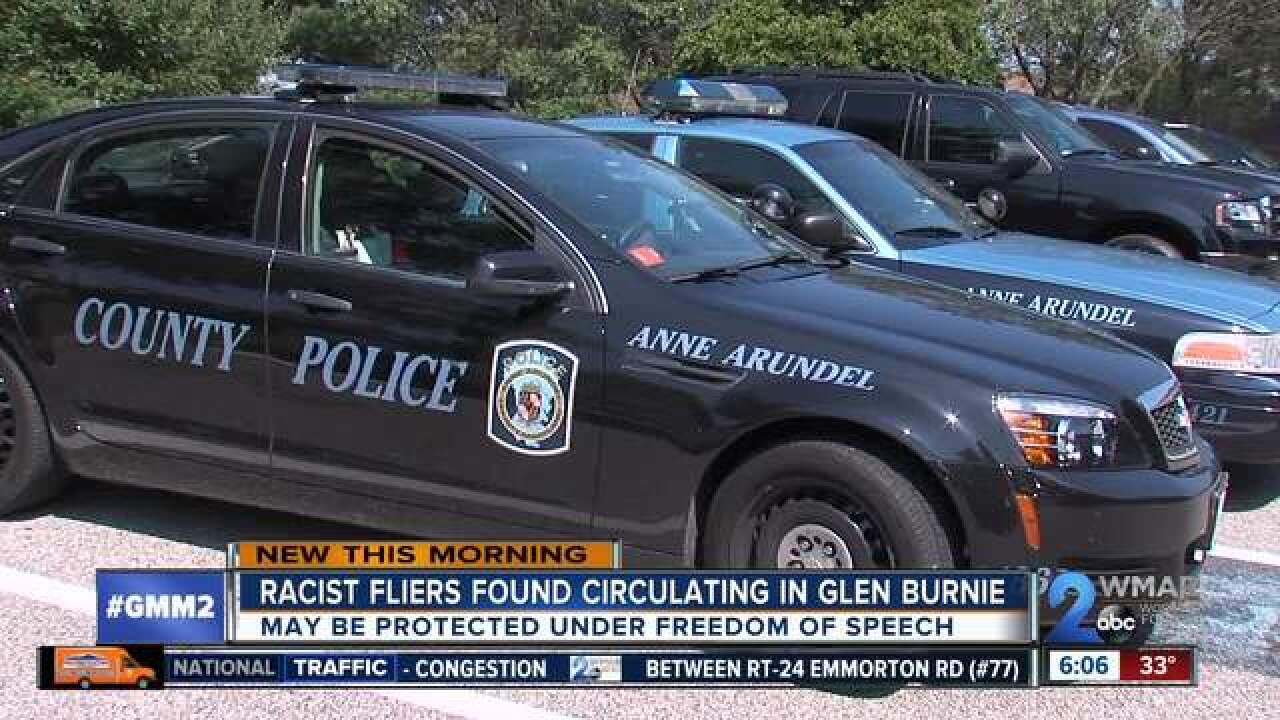 Racist fliers were found in Glen Burnie over the weekend, and now police are looking for those responsible.

Police haven't released any pictures of the flyers, but they say they were promoting the Ku Klux Klan.

The flyers were found by Anne Arundel County Police on cars Saturday morning around Dorchester road and Washington Avenue. While the flyer's contents are offensive, police say they still may be covered under freedom of speech protections.

Officials are still looking into surveillance video to try and find who is responsible.

These fliers come after two threatening incidents happened at two Anne Arundel County Schools. The first happened last month at Chesapeake High School when a "kill all blacks" message was found written on a sign-in sheet used by students.

The second incident happened last week at the middle school when a student found a toilet paper noose hanging in a boy's bathroom. A teacher removed the noose and police say they've found the person responsible.

Last Friday there was a public forum calling to keep racism out of their schools and communities and the very next day these fliers were found.