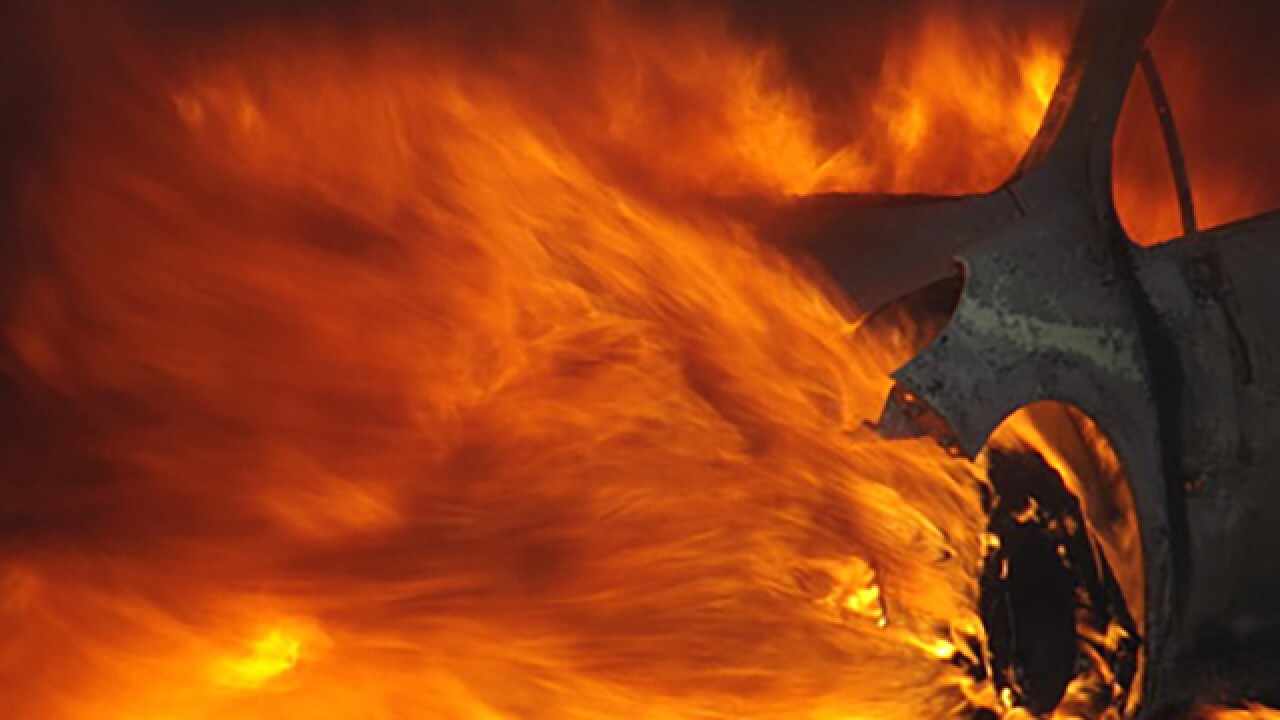 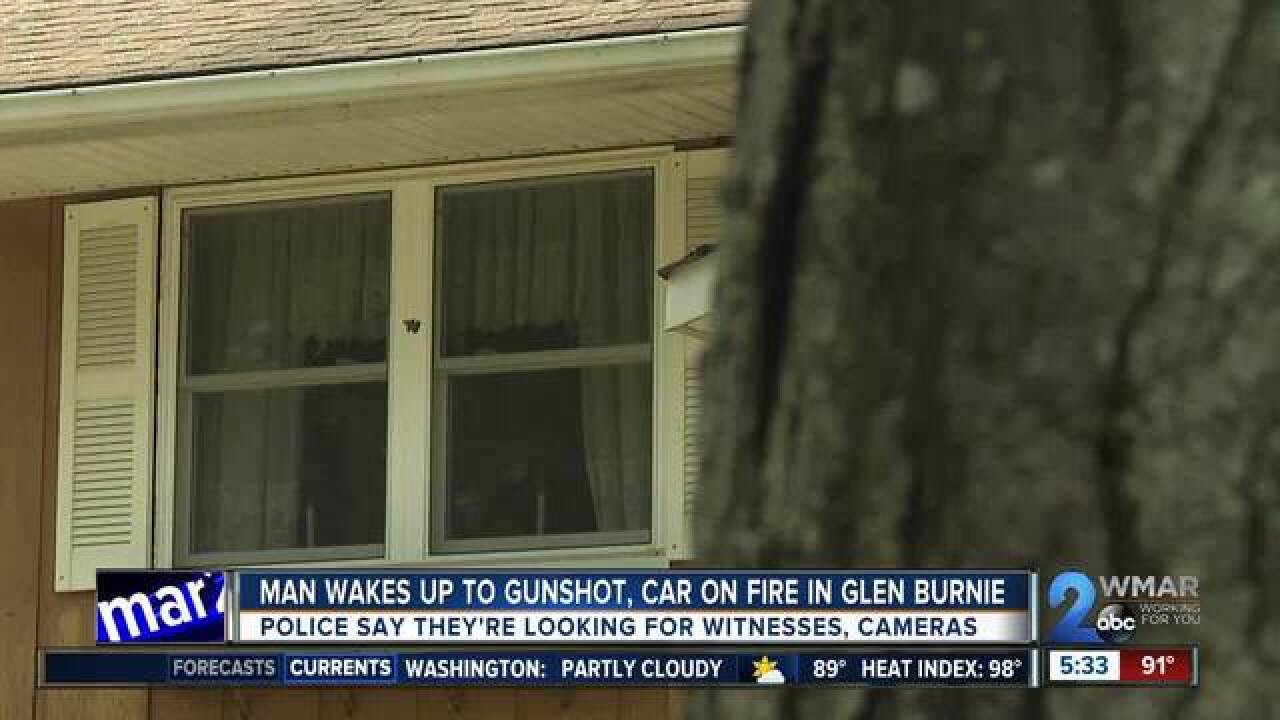 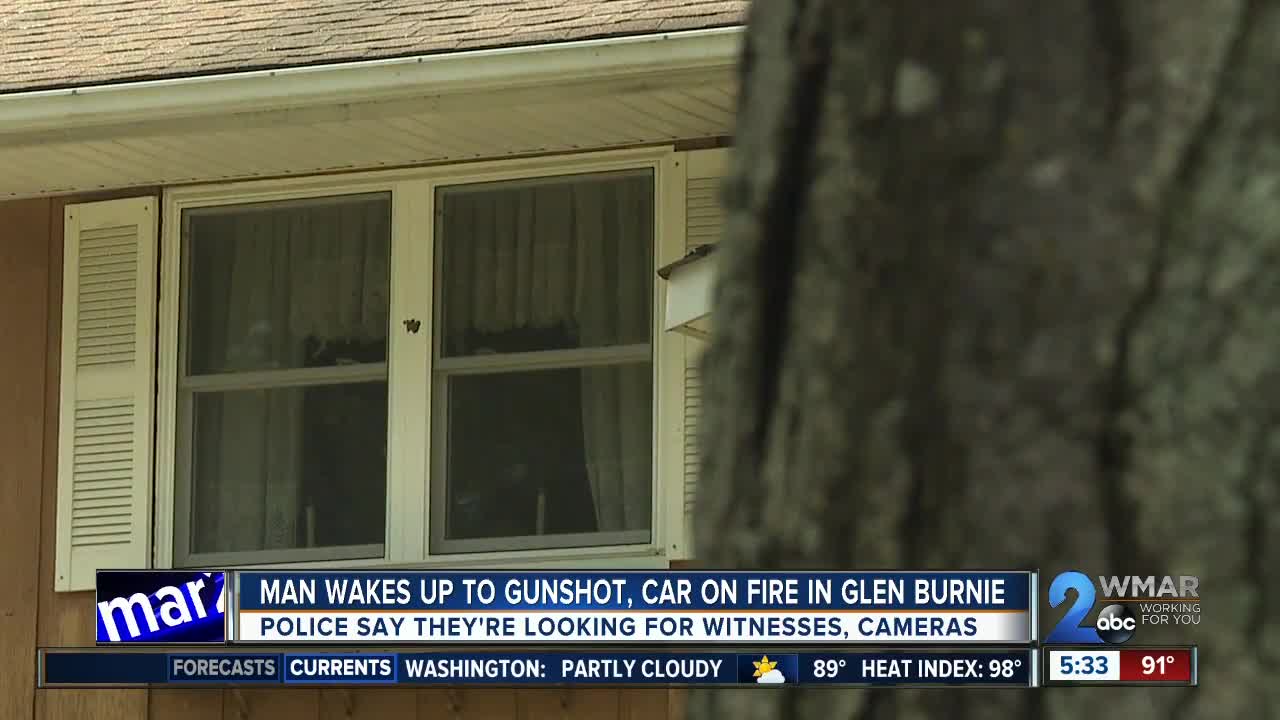 Someone shot into a man’s house and then set his care on fire in Glen Burnie.

Oakwood Road is a busy thoroughfare, the kind of street where a culprit can get in and out of any side street quickly.

“There was one projectile that appears to come from a shotgun just from the entrance into the house and there were some pellets that fractured off of that, so we believe that to be a shotgun. Just one shot was fired,” Lt. Ryan Frashure, a spokesman with the Anne Arundel County Police Department, said.

Frashure said someone shot into this home on Crab Apple Court – a cul-de-sac just off Oakwood Road – a quiet block from all accounts until early Sunday morning.

Damage from the bullet split one of the home’s front windows, but it started in the middle of the night from what the homeowner says who didn’t’ want to go camera – they say it was much worse.

“He went to the window to investigate what the noise was or where the gunshot came from and when he looked out the window, he noticed his car that was parked in his driveway was on fire,” Frashure said.

Fire crews quickly doused the engulfed Mitsubishi before the fire could spread, but there were no clues left behind as to who would go out of their way to shake up this family of five.

“We don’t think it’s a random incident at all. We don’t think there’s anymore danger to the public or to any of the neighbors on that street,” Frashure said.

Still enough to keep the family on edge as police question those who live here and on the block.

“We certainly have enough of an inkling to believe that this was an isolated incident with someone that inside that house,” Frashure said.