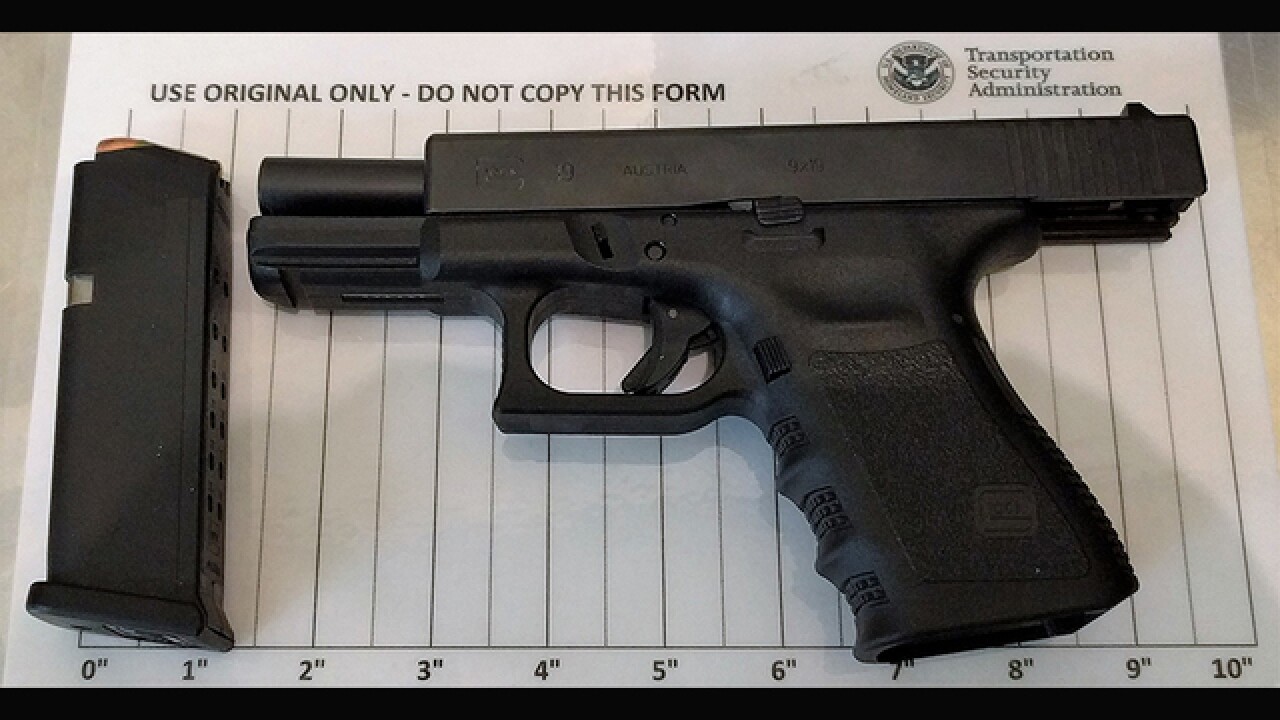 Transportation Security Administration officers found a semi-automatic handgun at an airport security checkpoint Wednesday morning. A man from Huntersville, N.C. was found with a loaded 9 mm handgun with 15 bullets in his carry bag as it entered the x-ray machine and was spotted by security personnel.

The man said he drove from North Carolina to Baltimore with the plan to fly from BWI to Texas for business. He said he forgot he had his loaded gun with him.

TSA contacted the Maryland Transportation Authority Police who confiscated the gun and arrested the man on weapons charges. This is the 10th gun found by TSA at the airport in 2018. Security found 26 firearms at BWI checkpoints last year.