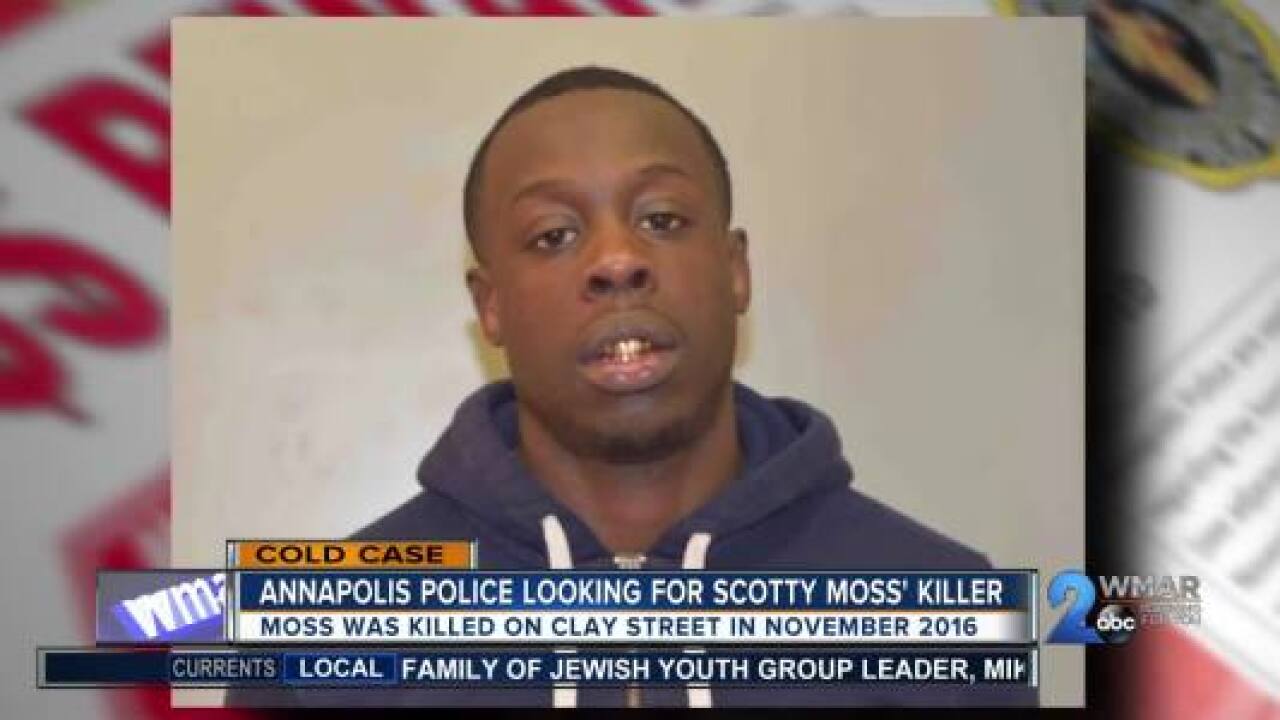 Annapolis Police say perhaps some people knew him for the wrong reasons. Now investigators are looking for who shot 24-year-old Scotty Moss.

To call Clay Street a block laden with violence, Detective Chuck Bealefeld says, would be premature.

Yet what happened on that street in November 2016 was no anomaly.

“It was personal. It wasn’t just a van going down the street, spraying bullets down the street. The van stopped. They got out of the van and got close and personal with Mr. Moss,” Bealefeld said.

He and a friend were standing near two white pillars.

A bright-colored van circled the block several times, before several men jumped out and started shooting.

“A burgundy Dodge Caravan pulled up and several people exited that vehicle and began shooting at Mr. Moss and he was struck numerous times about his body,” the long-time detective said.

Moss’ death capped the deadliest year in the city – one where murders don’t happen often.

Police have teamed up with the FBI to investigate the spike in homicides, but Moss’ case is one where they need some of the most help.

While most leads have come up empty, investigators say finding a bright, reddish Dodge or Chrysler Van is the key to finding out who pulled the trigger.

“If I can bring some past contacts of his, having a vehicle like that or fitting a description we’ve received, then we’ll go down that avenue a little tougher,”Bealefeld said.

It’s a plea for help, says Bealefeld, who is in constant contact with Scotty’s family – specifically his mother.

“After speaking with her, she is still – today – as distraught as she was the night of November 26th when I told her about the death of Scotty, when we notified her,” he said.