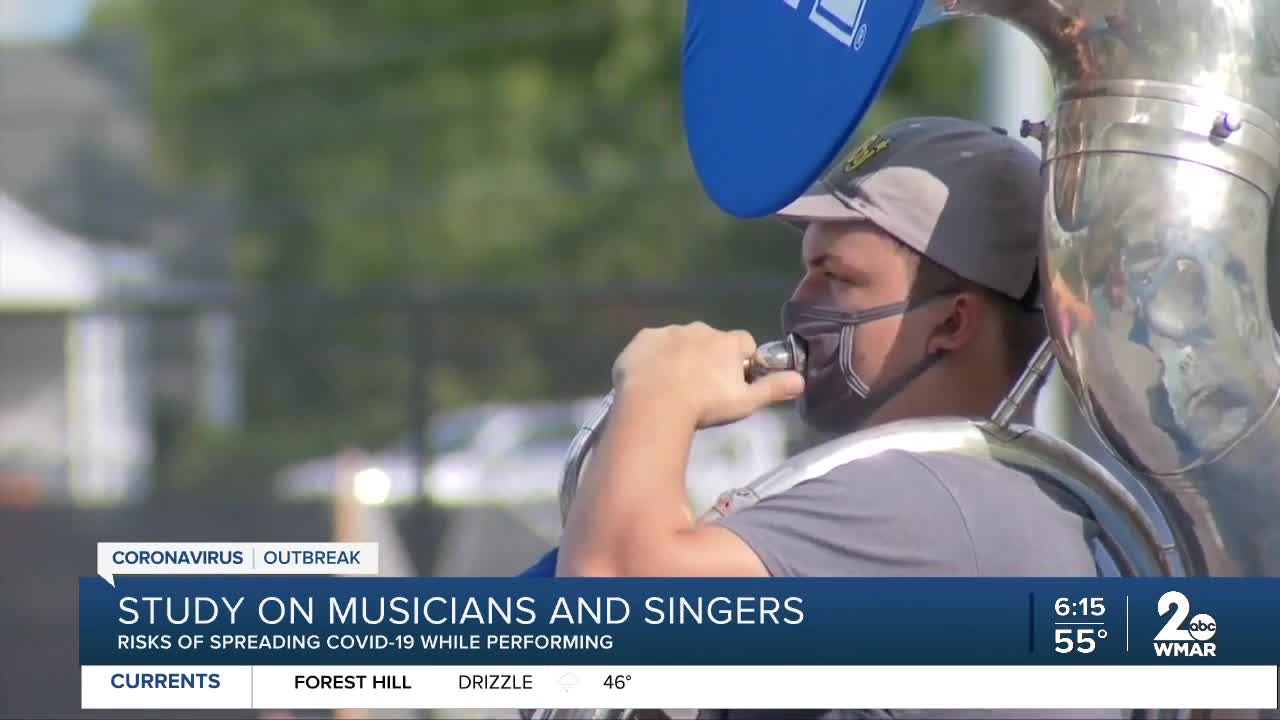 COLLEGE PARK, Md. — Researchers at the University of Maryland have been working for months to see how people can safely restart extra curricular activities, like chorus and band, once schools reopen.

Shortly after beginning the study, researchers quickly switched the focus from instruments to just voice after they learned talking loudly and singing released more particles than playing an instrument.

Although most instruments can have their own type of mask, singing with a mask on is a little more challenging. However, researchers were able to study while using different methods.

In addition to what's above, they also studied how long you can be in a filtered room to limit exposure and it turns out 30 minutes was the best. Once that 30 minutes is up, flush it out and then you can go in for another 30. For outside, it was 60 minutes and under a tent was right at 45 minutes. Most might think that being in a tent would be just as good as being in open air, but the tents tend to slow down air flow.

These are some of the preliminary findings, but they did say that a well fitted face mask, or a mask for your instrument, is the best form of protection. Filters are a good idea, as long as it's directly next to the person speaking.