Police shut down church service during Sunday service in Baltimore 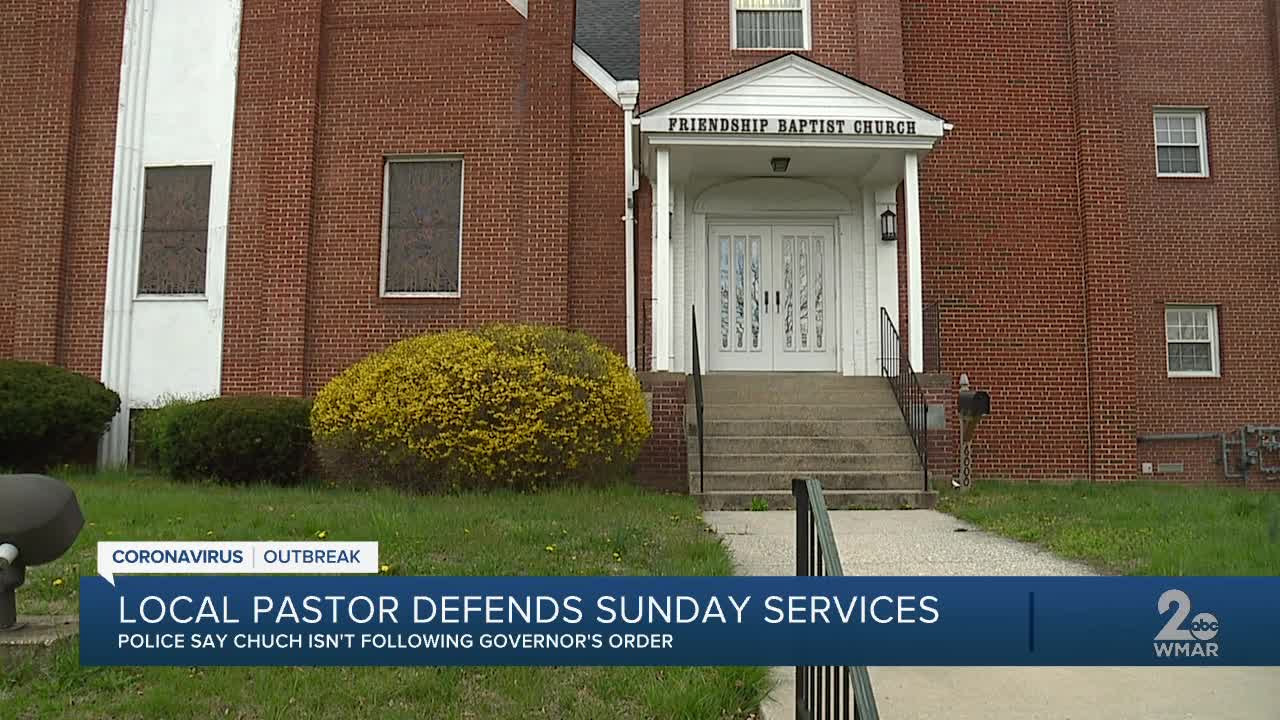 Driving around you’ll see lots of signs canceling services at places of worship or moving to an online format.

BALTIMORE — Driving around you’ll see lots of signs canceling services at places of worship or moving to an online format.

On Sunday, Rev. Alvin Gwynn Sr. said there were ten people in the church when unexpected company arrived.

“We had approximately 8-9 police officers show in five patrol right in the middle of my sermon believe it or not. My security stopped the police officers at the door of the church and told them they could not come into the church,” Rev. Gwynn Sr. said.

He said he dismissed the church members and talked to the Sgt.

He said that all faith based organizations are in partnership with the CDC and homeland security during pandemics like this and that they are essential partners to the CDC.

According to the police report, officers came by twice before the church was emptied.

“Why the government is so insistent on closing the church down on Sundays, restricting worship, restricting the size of the gathering in the church is totally against the first amendment of our constitution which says congress make no law prohibiting the free worship exercise of peaceful assembly of people in the United States that include the church,” he said.

The police report says the pastor said he wouldn’t cancel any future services.

On Monday, he said he will think about it through the week before deciding what to do Sunday.