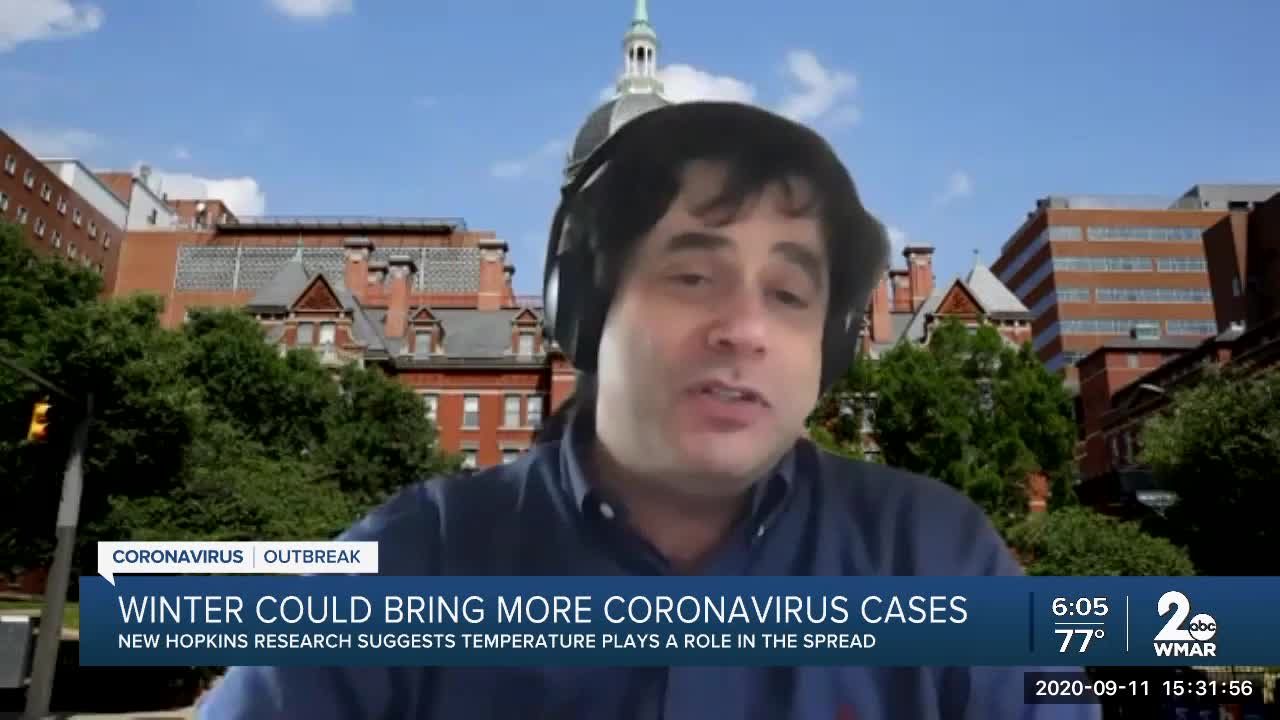 Preliminary results from research at Johns Hopkins Medicine suggests that higher temperatures do help curb the spread of the virus.

"If it went down according to the temperature as the temperature went up the rates went down sure enough it's gonna go up over the winter," said Dr. Adam Kaplin, Assistant Hopkins Professor of Psychiatry and Behavioral Sciences. "That's what everything based on the biology and the date we have suggests. Am I positive about this? No. But if we ignore it and pretend it isn't going to go up. And the worst thing that will happen if we're conscientious and pay attention is that we'll have to hunker down."

The researchers got information from 50 countries that had reporting early in their outbreaks, before controls such as mask-wearing and physical distancing.

After controlling for population and land area, they found a pattern.