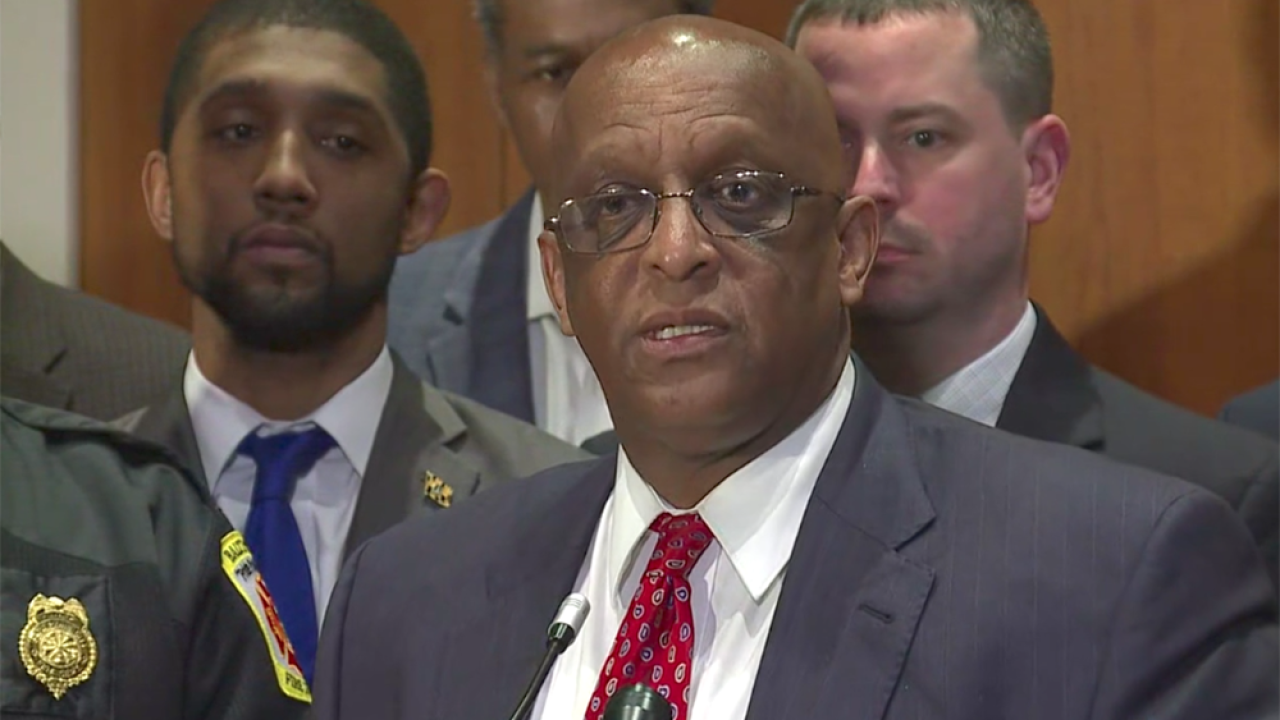 BALTIMORE — Mayor Jack Young declared a local State of Emergency that went into effect at 12:01 p.m. on Wednesday.

The local declaration helps remove roadblocks and allows Baltimore to speed up its ability to quickly and forcefully respond to the evolving threat from COVID-19.

“The Emergency Declaration will help Baltimore procure goods and services that are needed to support and protect our residents and our first responders, who are putting their safety on the line to protect us all,” said Mayor Young.

Mayor Young's order will remain in effect for at least 30 days and may be renewed based on how the virus progresses in Baltimore City.

Mayor Young has said he understands that many residents are now facing unexpected burdens, which is why he was proactive in taking several executive actions to provide relief to Baltimoreans .

A key area of focus for the City, as it moves into a state of emergency, remains the expansion of the current capacity to ensure access to food for Baltimore’s children, families, and seniors.

The Mayor has pushed agencies to more tightly align and coordinate efforts so that no child or family is food insecure during this time of uncertainty and limited mobility.

He also convened an Emergency Food Insecure Response Team of key agencies and community partners that are coordinating their work through the city’s Emergency Operations Center.

“We are using a strategic, coordinated approach to provide coverage, and will expand to maximize the number of food distribution sites across the city,” Mayor Young said. “The team is in contact multiple times a day to share critical updates and real-time needs with one another, and with city leaders.”

On the first day of the city’s emergency response, 60 school and recreation center sites distributed more than 2,000 meals to young people, age 18 and under.

In partnership with City Schools, Recreation & Parks, the Family League, the Department of Housing & Community Development (DHCD) and other community partners, the city is rapidly growing its effort, and increasing daily the number of sites and meals distributed at schools, recreation centers and mobile delivery route stops.

The City of Baltimore say they are aggressively pushing to scale-up this effort while also being very mindful of all the public health requirements associated with social distancing.

Baltimore’s current emergency food response for older adults is prioritized to provide food to residents ages 60 and older who live alone, have disabilities, have limited access to food, and do not have a family member in the Baltimore area to help. This week the focus has been on best practices for serving that population.

This strategy has four main components:

Baltimore’s seven city operated senior centers have been designated as pickup points where seniors can receive a boxed lunch.

The Emergency Food Insecure Response Team is coordinating with Meals on Wheels of Central Maryland, and delivered more than 1,400 meals to residents on Tuesday.

The Virtual Balti-market program has seen an increase in the number of orders placed as more residents practice social distancing and stay in their homes. This week the program has scheduled 152 deliveries to nine senior housing sites across the city.

Any City resident age 60 and over, or a family member concerned about an older relative without food, should call Maryland Access Point at 410-396-2273 (CARE).